This is an ongoing series of photos i took on last trip to [tag]Singapore[/tag]. The first two parts can be seen via the following links:

Below: As you probably can tell, this photo wast taken in Chinatown. You’ve heard of that famous Broadway musical ‘[tag]Miss Saigon[/tag]’? Well, this is the male version… 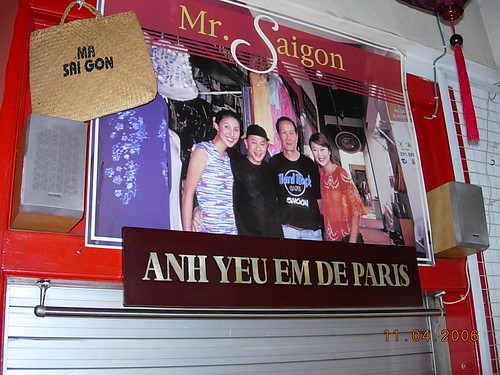 Which reminds me of a joke. Did you hear about the this other Broadway musical about a small aircraft that missed a Vietnamese airport runway and crashed into the sea? It’s called ‘Missed Saigon’. Bwahaha. Sometimes i crack myself up…

Below: Another sign that caught my fancy. It was actually taken at the Underwater World, i think it was refering to the crabs. Why? i’ve no idea, it just reminded me of the movie ‘[tag]The Usual Suspects[/tag]’. 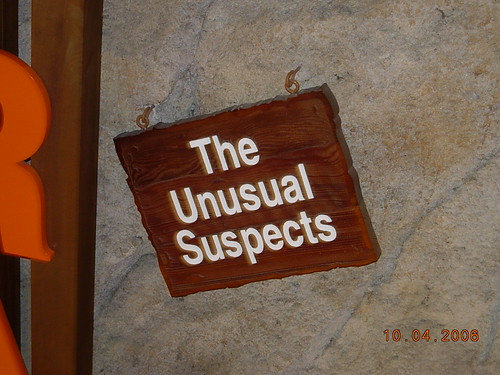 Below: Something Malaysians should emulate. Especially all those ‘ah long’ (loan shark) stickers plaster everywhere. 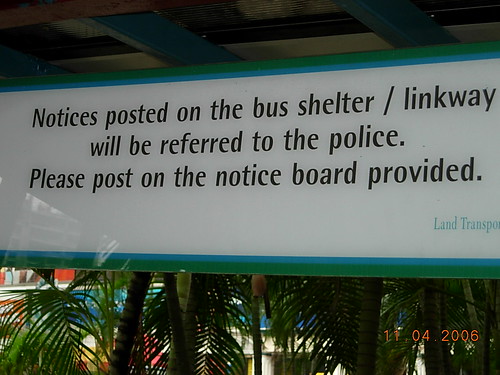 Below: Just look at this one. 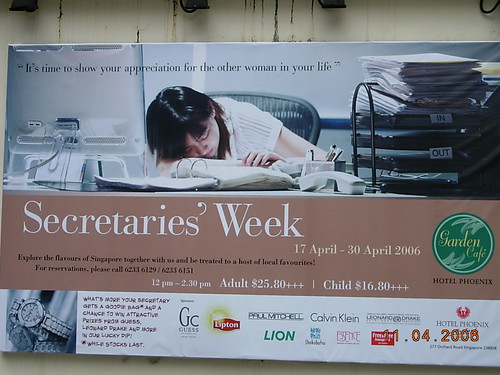 Maybe the Secretary would be appreciated more if she didn’t sleep on the job. Check it out, the phone is even off the hook so that she won’t be disturbed by incoming calls. Okay, i know the whole idea of the poster is to show that she’s overworked, but i just had to snap the pic because it reminded me of my ex-boss’ secretary during lunch hour…

Below: [tag]McDonald’s[/tag] at the Science Centre. Hey, there’s two [tag]Ronald McDonalds[/tag]!!! Which is the imposter?! And what on earth is the left one trying to listen out for? 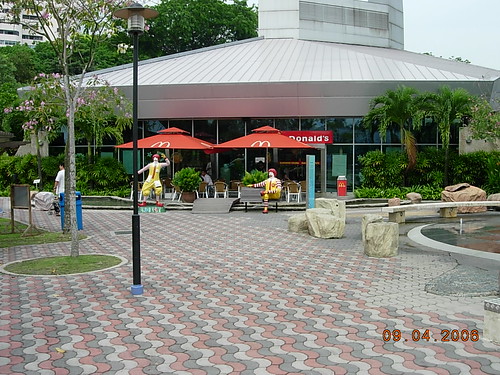 Below: After McD’s, it’s only fair i’m posting a pic from [tag]Burger King’s[/tag]. It’s the whole set of Happy Meal toys from the [tag]Ice Age 2[/tag] collection. How come we didn’t get this in Malaysia? I thought the sloth one was pretty cute. 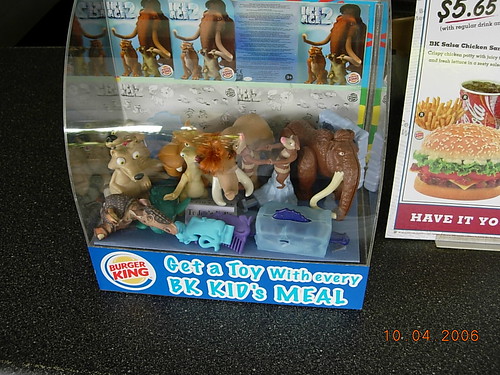 Next: Part 5: End of journey and back home.