From Dalmaji Road, it was a short cab ride to Daritdol Observatory, the penultimate place on our itinerary. This is the second skywalk we visited during our trip, the day before we had visited Oryukdo. Daritdol was newly opened at the time we visited it, our cab driver hadn’t even heard of it. It was a good thing that I knew roughly where it was so i guided him there.

Daritdol is located at the end of a narrow seaside road lined with seafood restaurants. This area within Haeundae is called Cheongsapo, hence the name. At the cul-de-sac is a small hill with the observatory atop it. 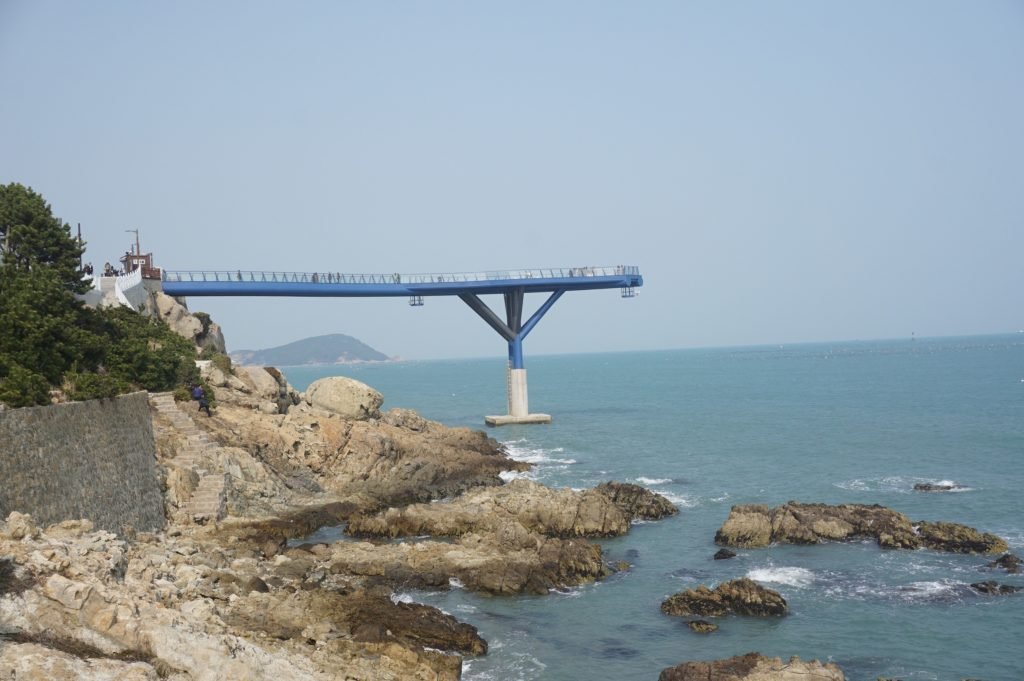 Actually, ‘observatory’ is a misnomer, it should be called skywalk. It is quite similar to Oryukdo, except much longer. 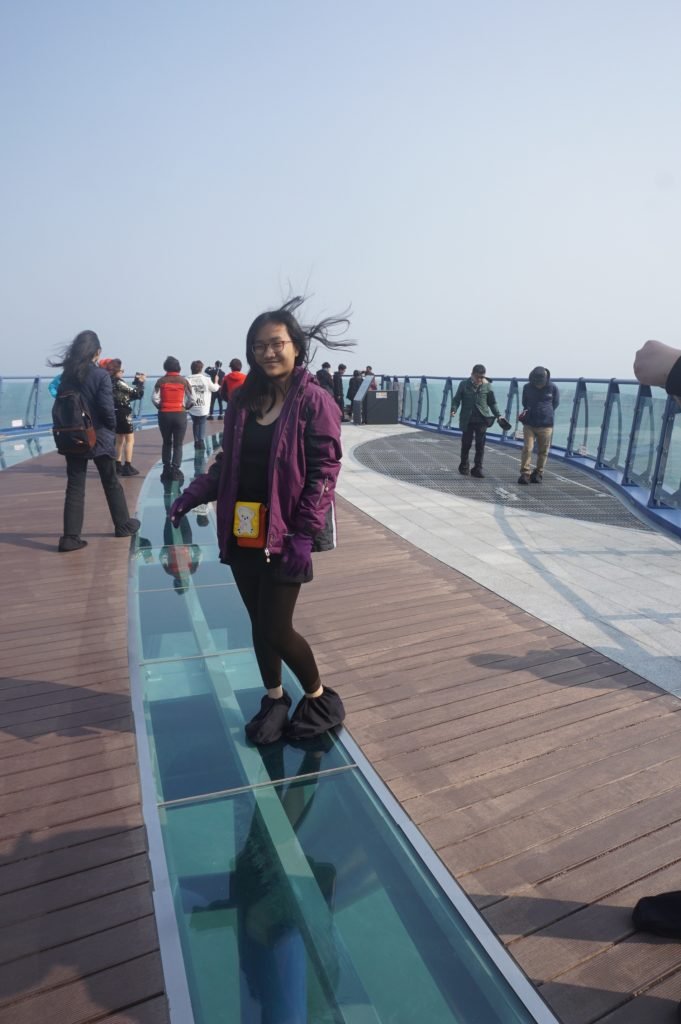 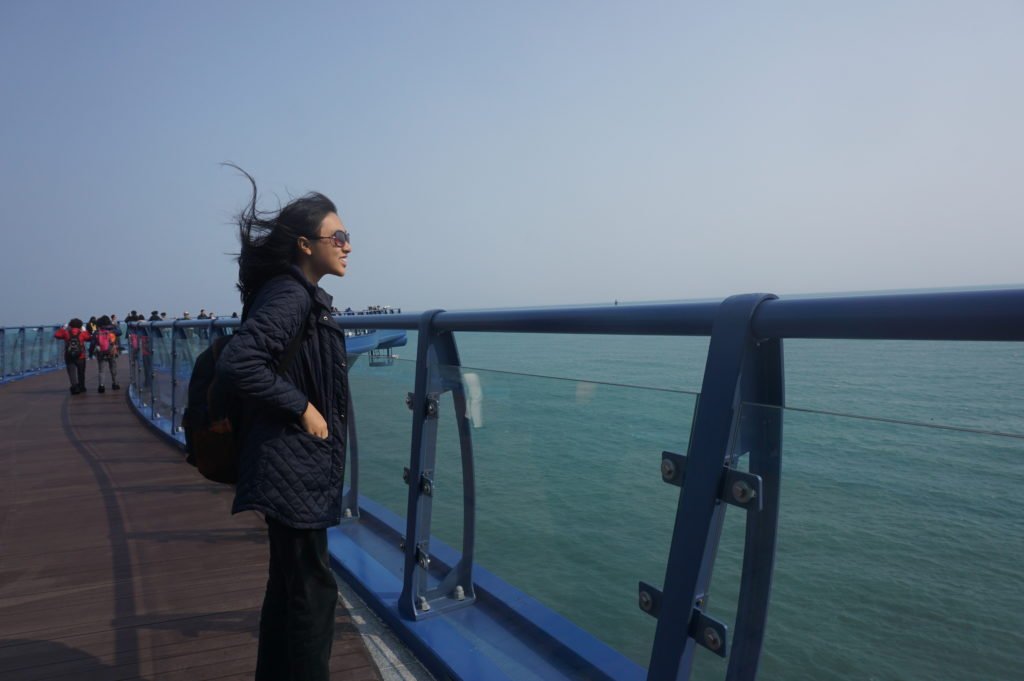 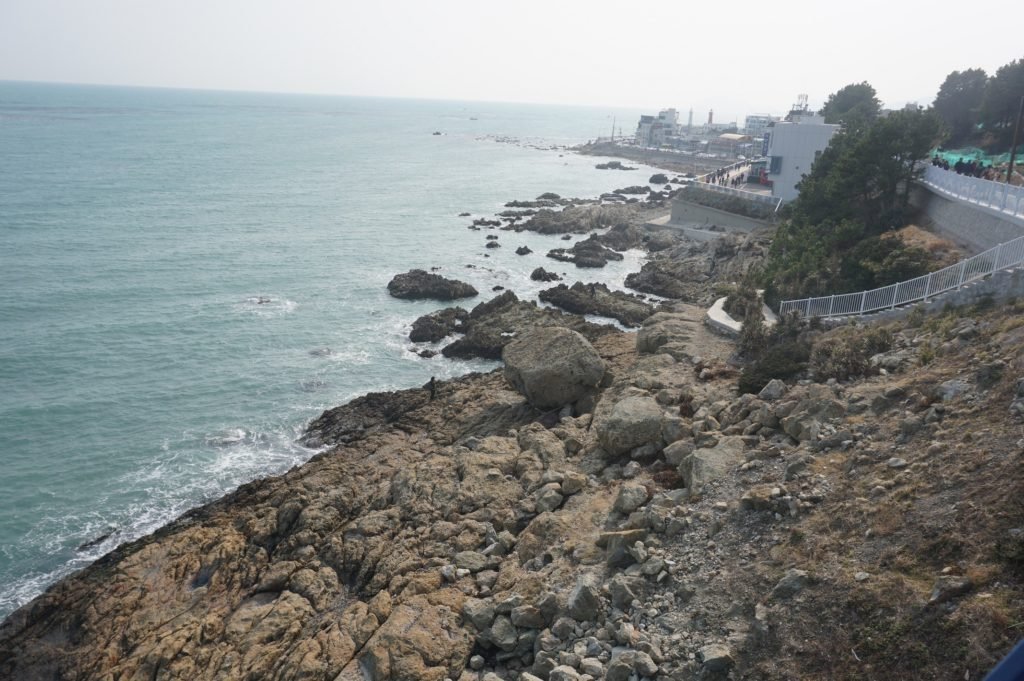 With it being quite long jutting out to the ocean, it is naturally less congested, and much easier to snap photos. In the photo above, you can see the row of shops where our cab dropped us at a distance. The nearer building contains a gift shop, tourist info centre and mini museum. The observatory is not accessible by vehicles, and some climbing and walking is required. You can see the people walking back to the tour buses on the right.

From here, we took another cab to Haeundae  Market. This is a short food street that runs parallel to the beach. I read a few blogs that praised this place for having great eats, but i thought it was rather underwhelming. 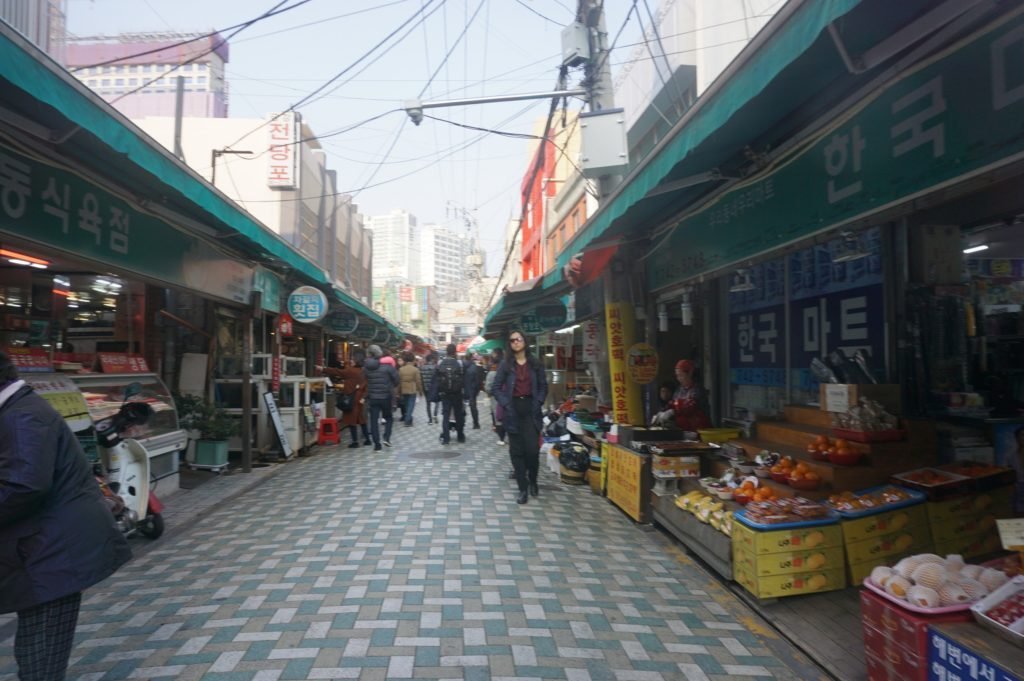 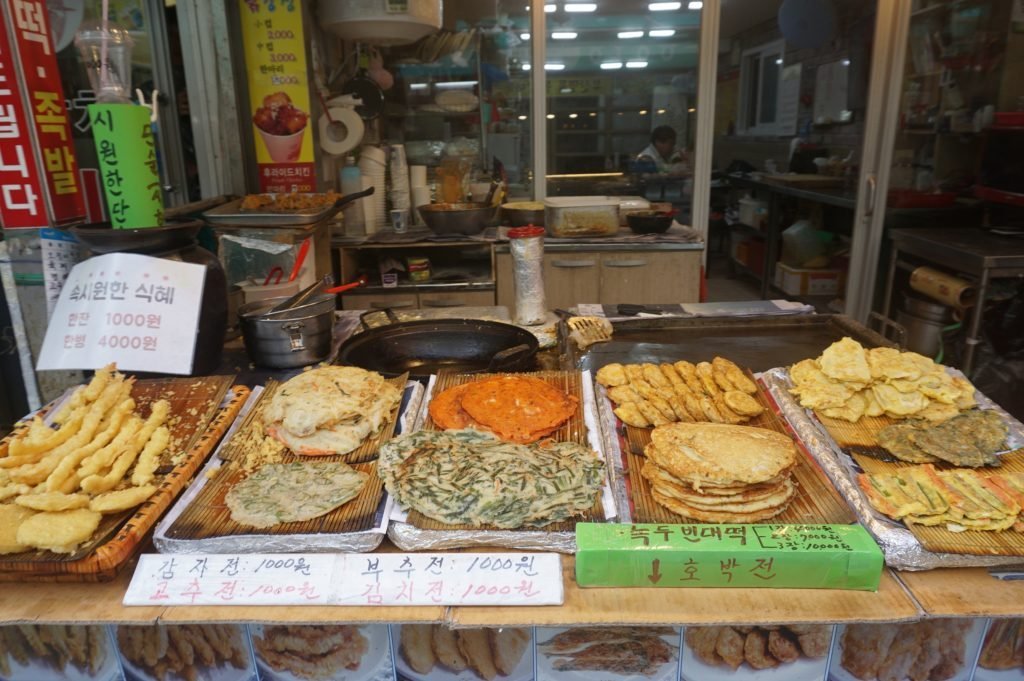 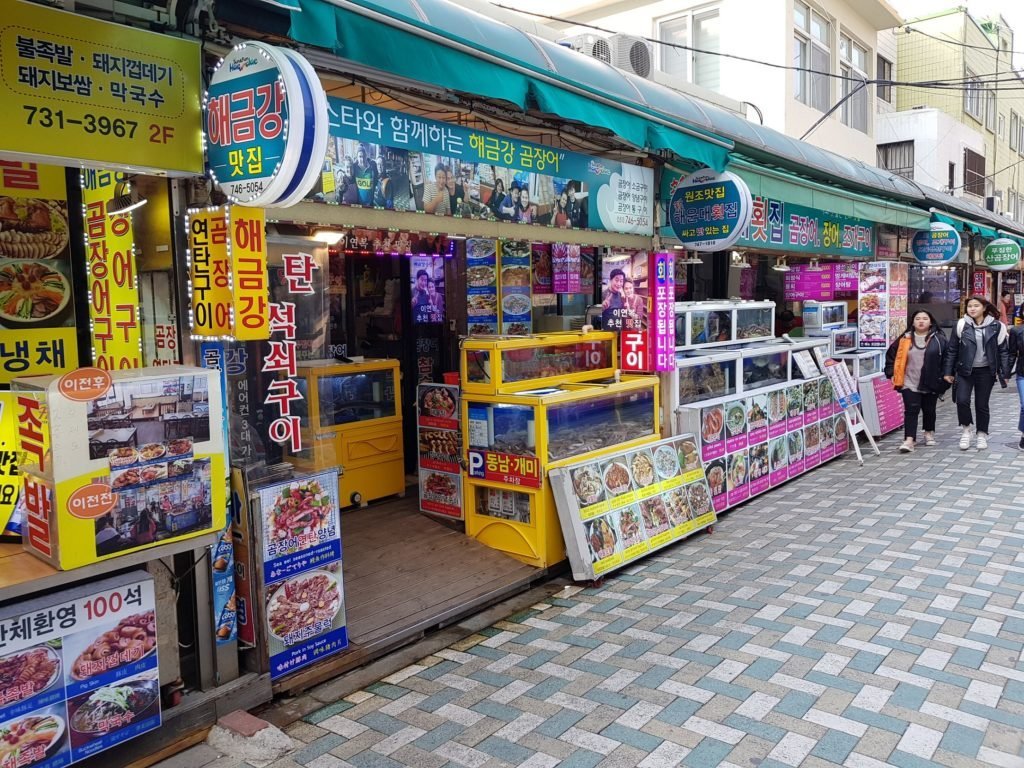 We had some snacks at the most popular shop along the street, this place serving eomuk, tempura and other stuff similar to our yong tau foo. 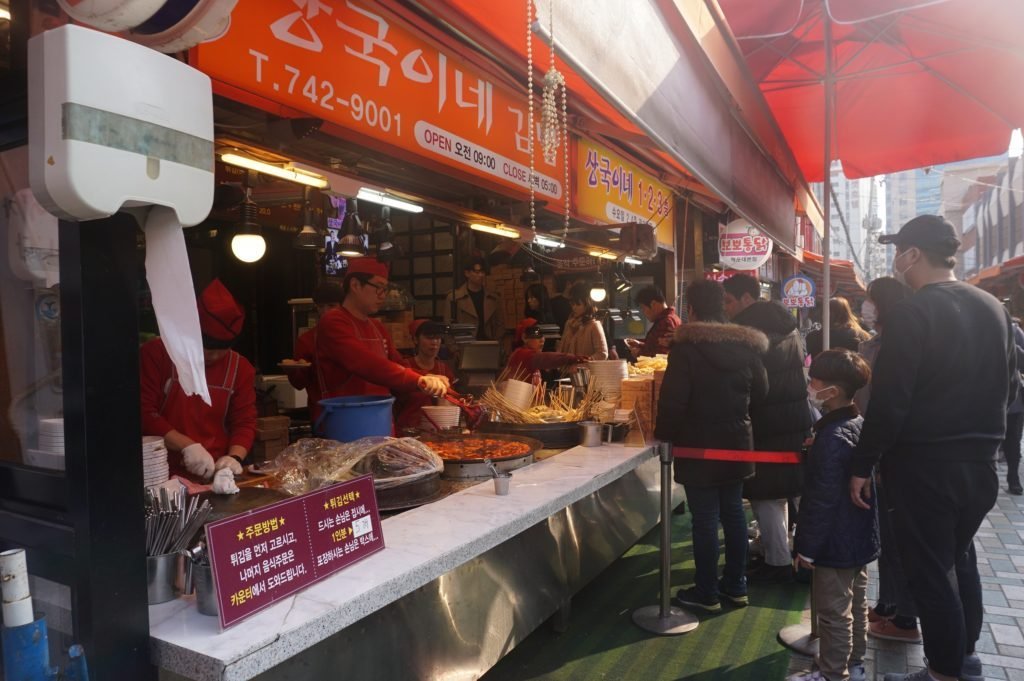 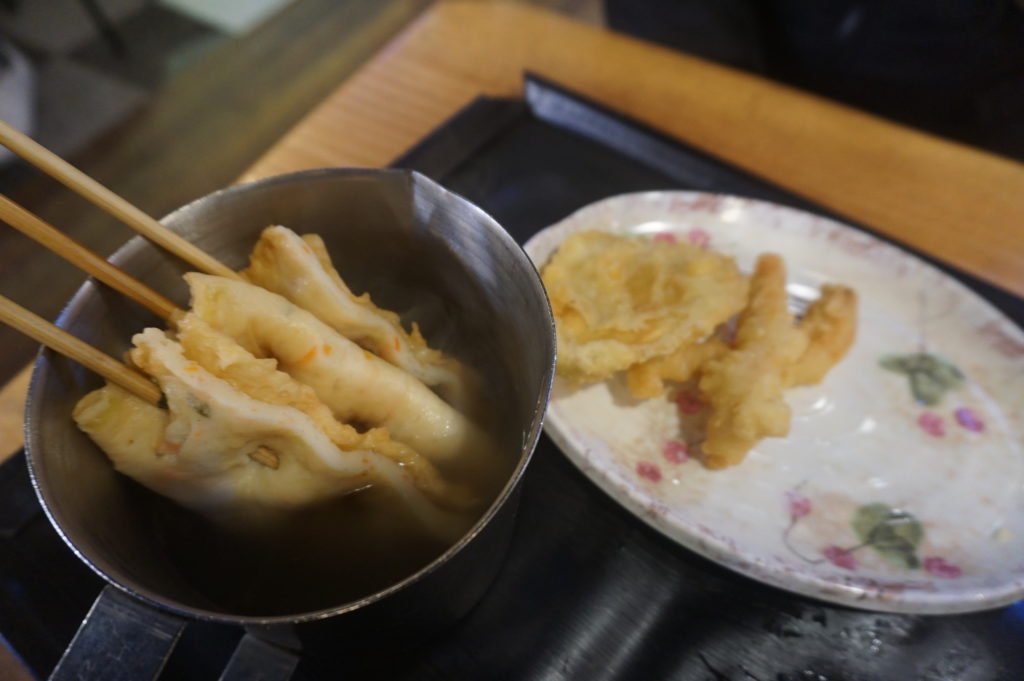 We then walked on to our final destination, the famed Haeundae Beach.

If you’re a K-drama fan, you would be familiar with this place. The beach is about 1.5 km long, and varying between 30 to 50 metres wide of yellowish sand. A walkway runs throughout its length, where you can find different attractions like an open square, a food court, and even an underground aquarium. During the summer months, Haeundae is packed with umbrellas and sunbathers. Even when we were during early spring on a Saturday afternoon, there were many ongoing activities to attract massive crowds. 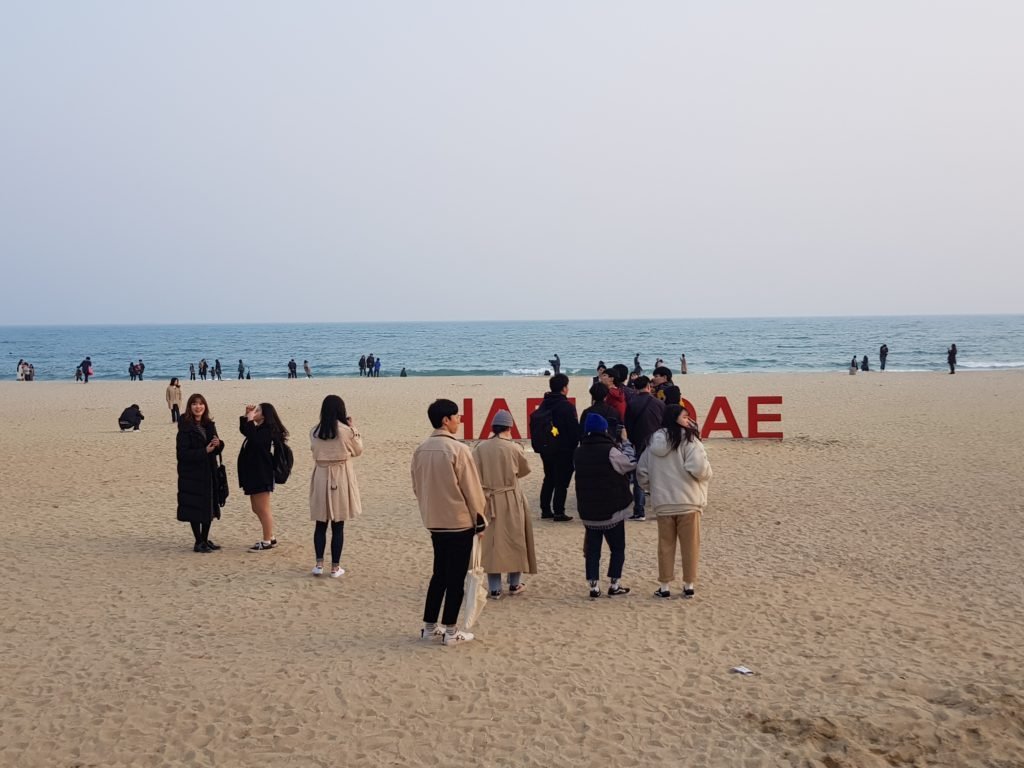 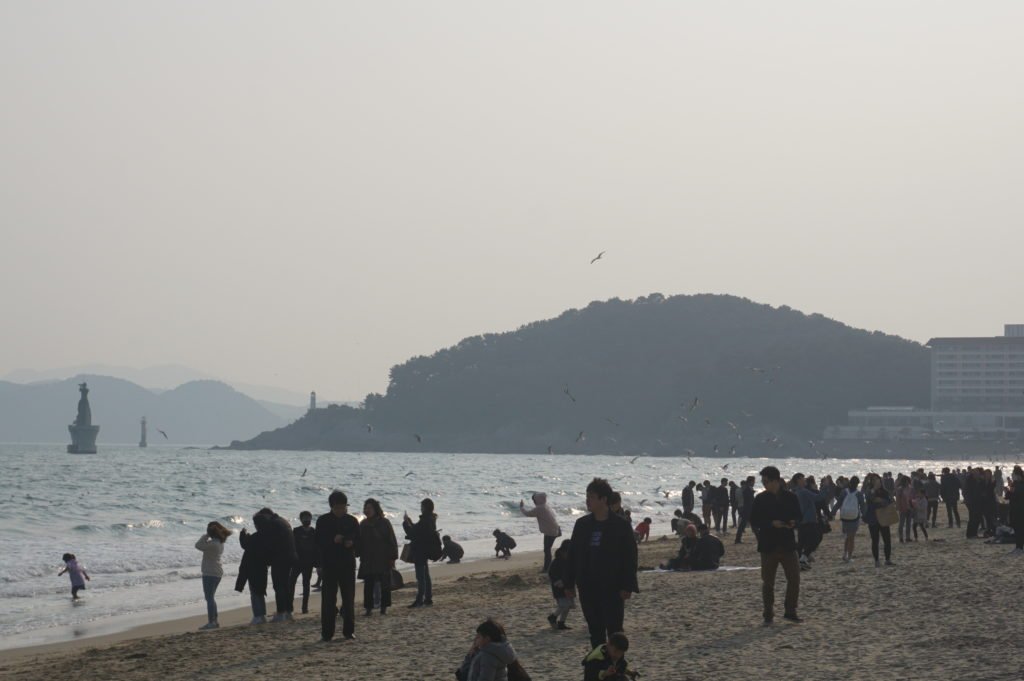 This senior citizen band was belting out 60’s dance hits, and middle aged ladies were dancing with wild abandon on the promenade. 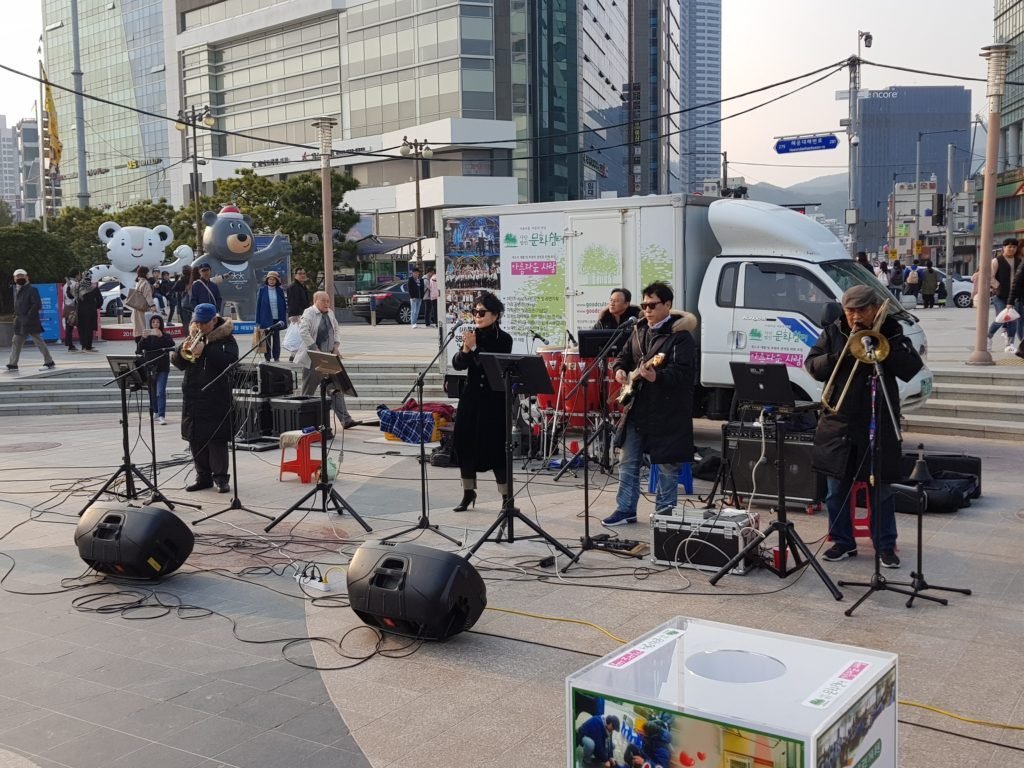 All along the promenade, there were many street performers. This two street magicians / jugglers were exceptionally entertaining.

This one was hilarious. His routine with the volunteers from the crowd and flaming bottles is good. Here he is trying to swallow a balloon. This other guy after him is equally funny. Walking further up, there were a few singers. This young guy is very talented. Too bad not many people were paying attention. I guess a soulful crooner isn’t very much appreciated in the land of K-pop boybands. 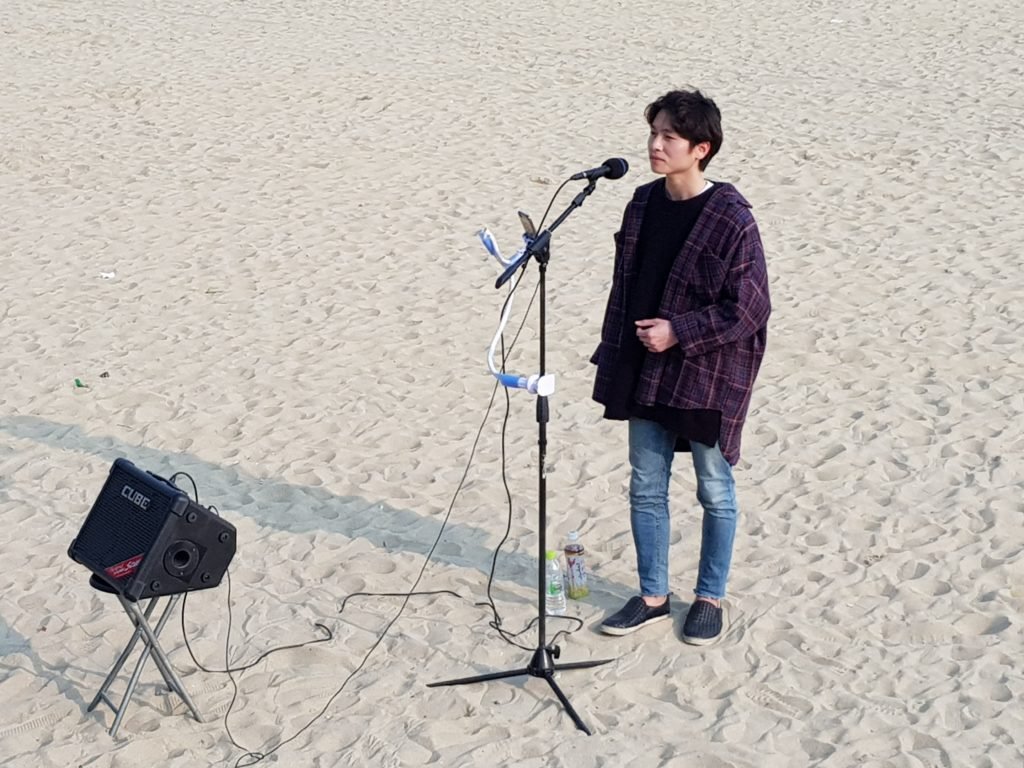 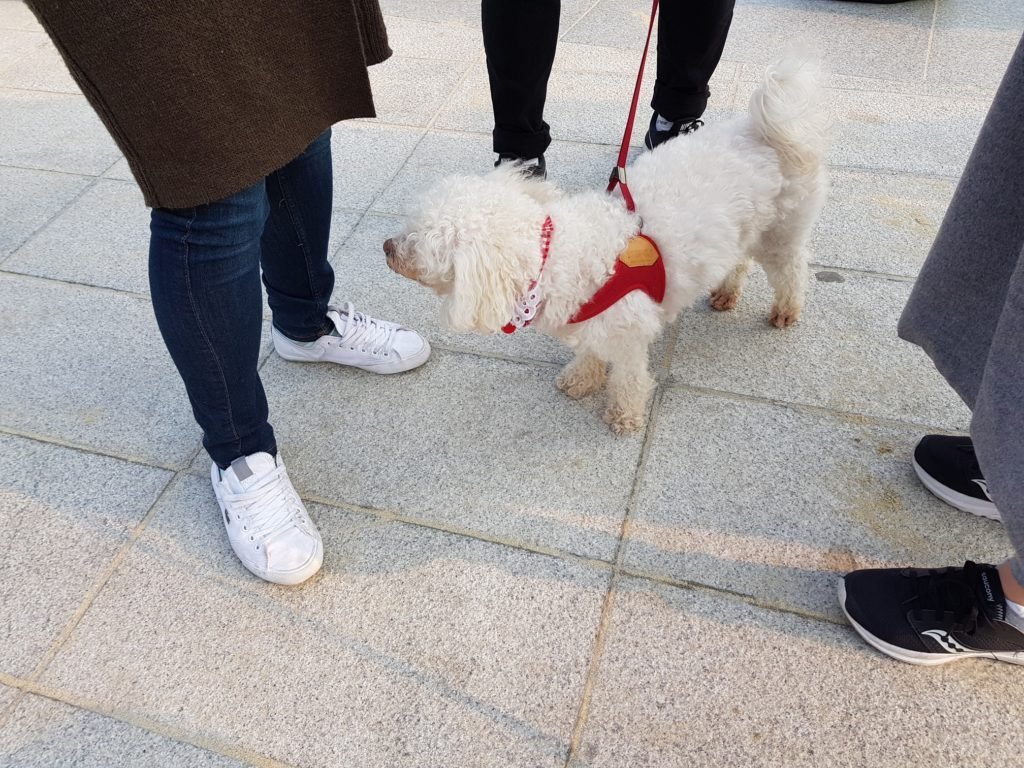 We spent a few hours here, taking in the wonderful view of the ocean, watching the performers, taking in the positive vibe of the crowd, and especially the cute little dogs out for walks. Walking along the beach, i even bumped into my old university roommate. Well, i knew he was working somewhere here in the city, but in a city of almost 4 million, three times bigger than KL, what are the odds of that? 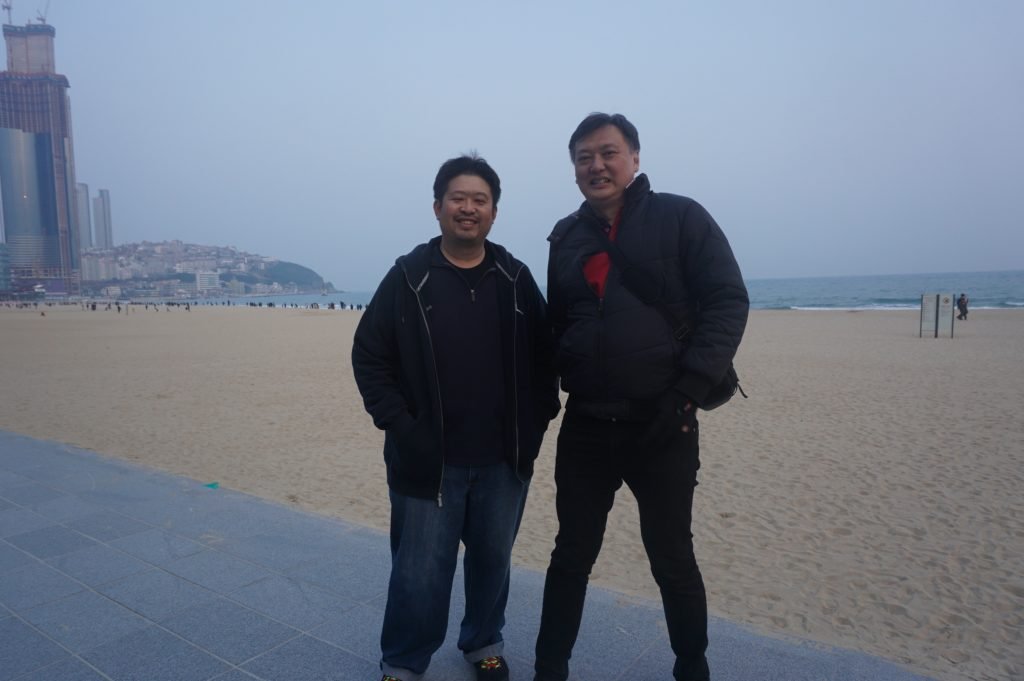 After seeing the sunset here, we took a long bus ride back to our hotel. We didn’t have dinner, instead we used up all the credit in our Hanaro cards by buying ramen cups and snacks to bring home.

The next morning, it was time to go back to the airport for our flight home.