My first trip to Chiang Mai was back in 2006. It was our first AirAsia trip overseas as a family, although most of the photos from that trip were lost, I remember a lot about that place. Most of the tourist attractions are well known, most people can name you Doi Suthep, the night market, the weekend market in side the walled city, the numerous factory tours, and the distinctive Northern Thai cuisine.

Since that first trip, we’ve moved on to many other holiday destinations, it never occurred to me to return to this city until my wife’s BIL asked us to join his family trip. He goes to Northern Thailand a few times a year for mission trips, so he’s familiar with the area.

This was meant to be a ‘off the beaten track’ holiday, not in the sense of use going as backpackers and whinging it, but to go off the tourist trails and experience a little of how local rural Thais live and eat. I think in that sense, we succeeded and i enjoyed it, but we’re getting ahead of ourselves here.

Key to our travels was Calvin, our tour guide-cum-missionary. He’s indeed a tour guide like no other. My BIL met him during one of the mission trips to Maesai. Calvin is a Singaporean who has spent close to 8 years living in Chiang Mai. He speaks fluent Thai, knows the district like the back of his hand, knows all the good hotels and resorts, and most importantly, knows all the GOOD, AUTHENTIC AND CHEAP PLACES TO EAT.

But enough of intro, off we go with Day 1.

Well, for once we didn’t get a flight at a godforsaken hour like 7 in the morning. Our 12:15 flight means a decent nights sleep plus no unnecessary rush. 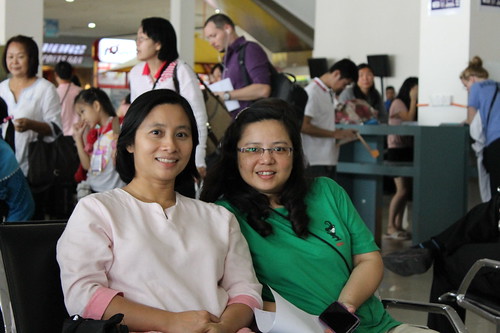 The mandatory pic at LCCT.

Flight was fortunately uneventful. Out of the customs, our tour guide and driver was waiting for us. This was the awesome ‘Super VIP’ van we heard so much about. It was very new, and the 8 of us would be spending a lot of time in the next 8 days in this luxurious van. 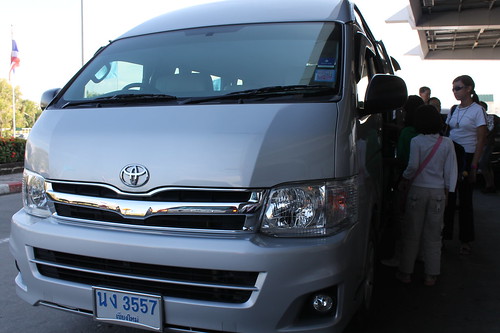 My wife’s nephew Jeremy was hungry (despite the in-flight meal) so first pitstop was Central Airport Plaza, right next to the airport. I remember coming here during the last trip, it’s still exactly the same. The ground floor houses an awesome food court, so we had some khao soi (curry chicken noodles). 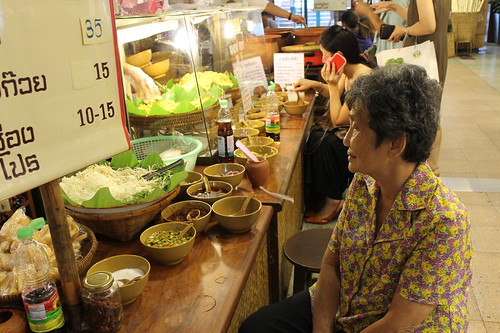 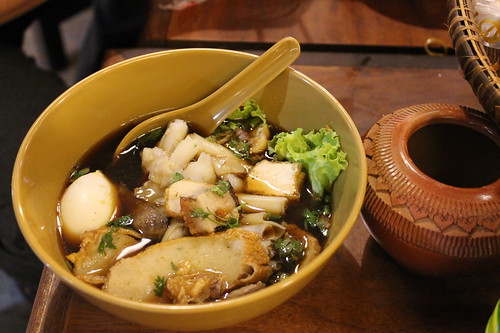 (Khao soi. You get to add whatever condiments you want into the soup)

After the early afternoon snack, we started the long drive up to Chiang Dao. The plan over the next four days was to drive up north to the hill resort Mae Salong and onto Maesai at the very northern tip of Thailand, where it borders Taichilek in Myanmar across a river. Then we swing west to Golden Triangle, Mae Fah Luang and back down to Chiang Mai via Chiang Rai.

So after the early afternoon snack, we started the long drive up to Chiang Dao. Its a very small town near Chiang Mai, we didn’t want to travel too far on our first day. After about an hour of driving, we reach a small town called Fang to shop at Tesco Lotus.

First thing i saw was the coffee bar. 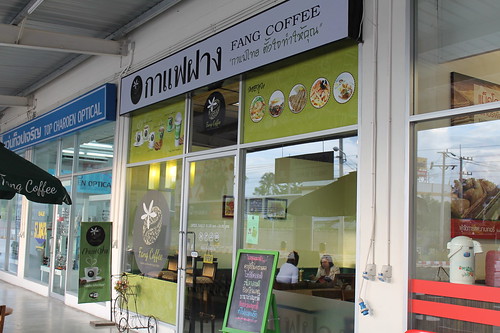 The first of my many coffees in Thailand. HELLOOOooo caffeine! 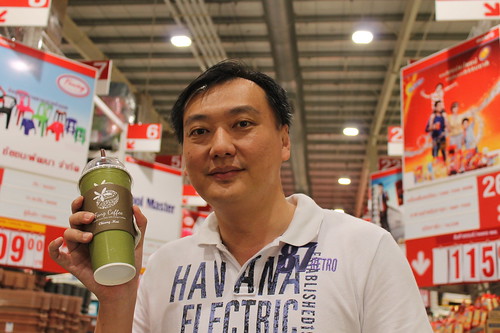 Tesco Lotus is a little different from the local version. Things are really cheap, for one. And its never crowded, even at peak hours. You can park right next to the entrance. And another thing – the toilets are sparkly clean. I can say this with authority coz we visited three different Tescos in our time there. 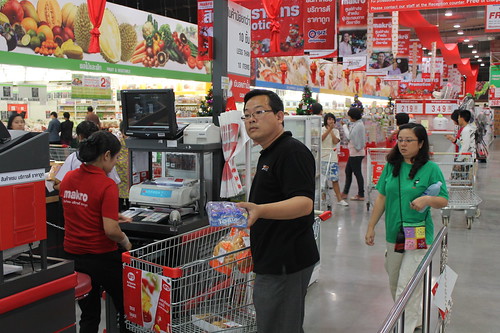 (We stocked up on some snacks and toiletries, which are exceptionally cheap coz they are manufactured locally)

Right, then we’re on the road again. I fell asleep and when i awoke, it was quite dark and raining. And we were driving up the mountains.

In the rain and darkness, we reached our destination – Rim Doi Resort in Chiang Dao.

Since it was pitch dark and pouring, we didn’t get to see anything except our chalets. We had 3 connecting rooms together, the biggest room I’ve stayed in a resort. You can easily put 8 people in one room, let alone 3. 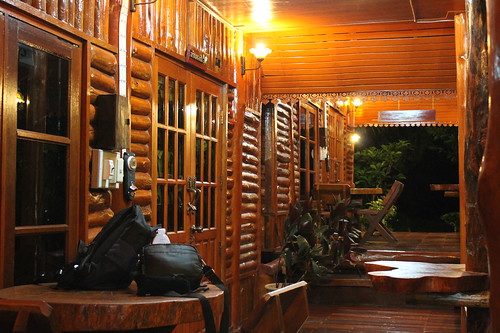 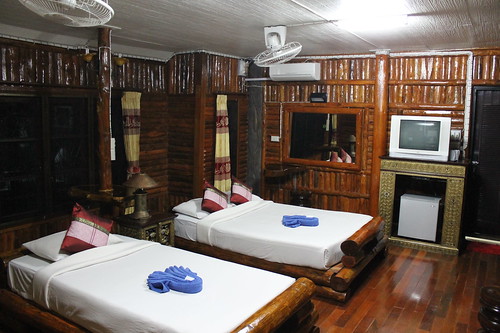 All the chalets face a lake, which lends to the rustic and rural feeling. And the high altitude in winter makes it rather cold. 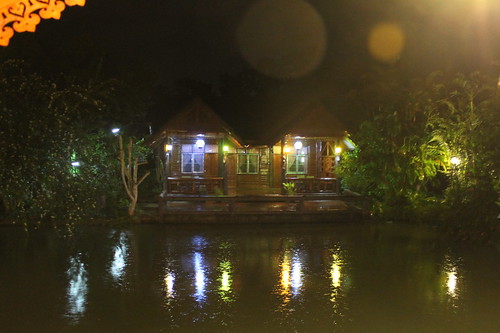 Since it still raining, we had dinner brought to us to the patio in front of our rooms. We had some authentic Lanna dishes like steamed river fish, vege in peppercorn and fried squid. 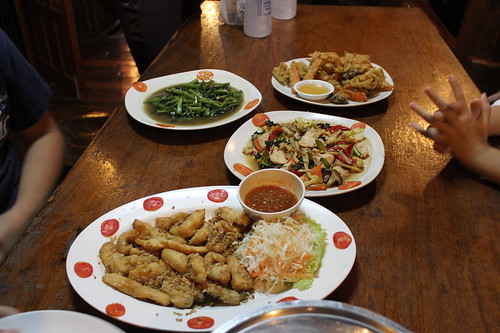 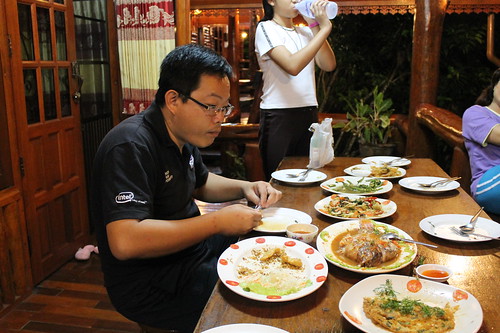 After dinner we showered and slept soundly, only to have pleasant surprise the next morning. 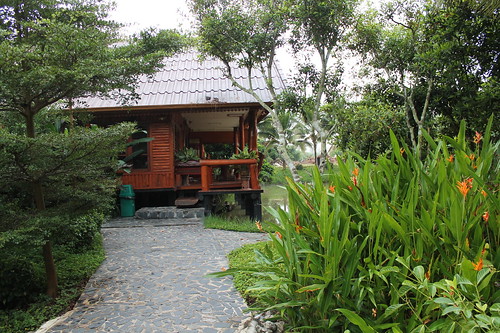 Every chalet is surrounded by lakes and hidden by greenery. 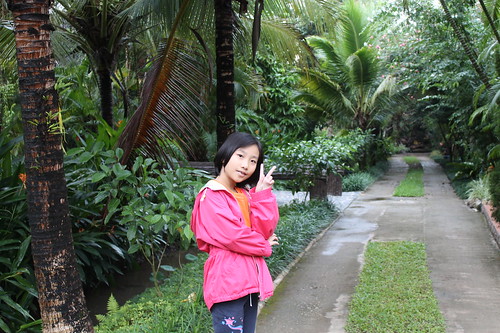 Just beautiful. And we had the resort all to ourselves. 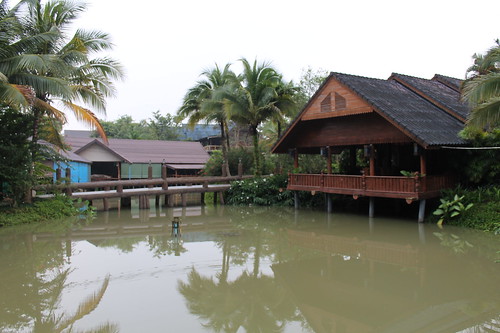 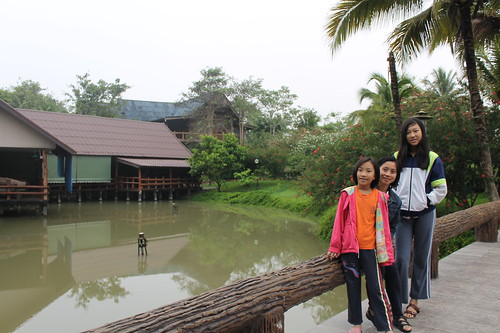 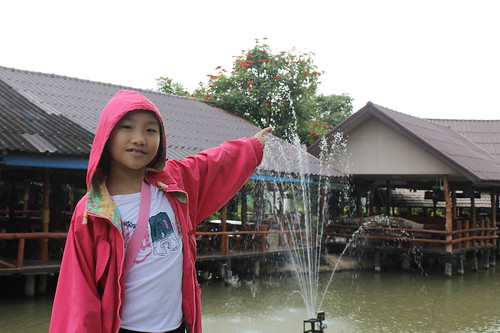 And if you are into flowers, you’ll love this place. 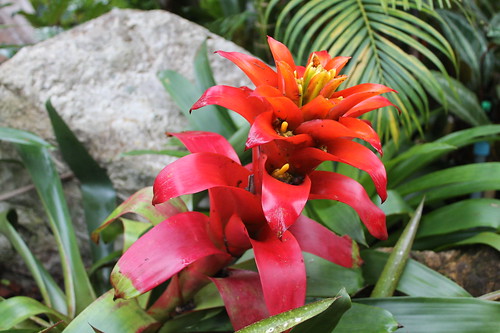 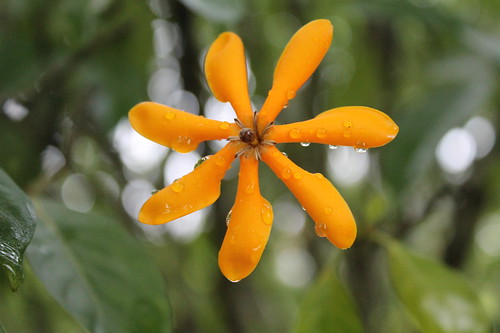 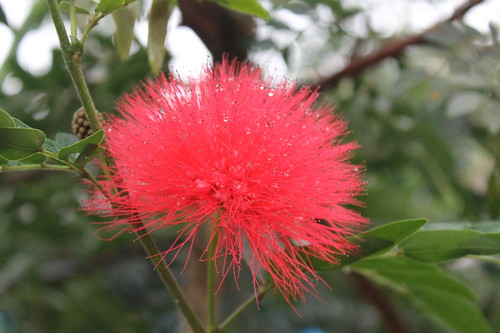 Coming up next, the rest of Day 2.