(For the previous parts in this travelogue, see Day 1, Day 2 and Day 3)

Day 4 started a little later than usual, left the apartment late. Today we were going further up north to the place almost everyone goes when in Gold Coast…

I guess most people my age first heard of Movie World back in the day when they used to run these ads in TGV cinemas before the previews… those days TGV was still cool and every weekend we’d hang out in 1 Utama. The ads would show all the Looney Tunes and comic book characters feature in the theme park, the fun rides and splashes, etc. As my good friend Dave would say, ‘they reduce Batman to a theme park attraction like Bugs Bunny…’ 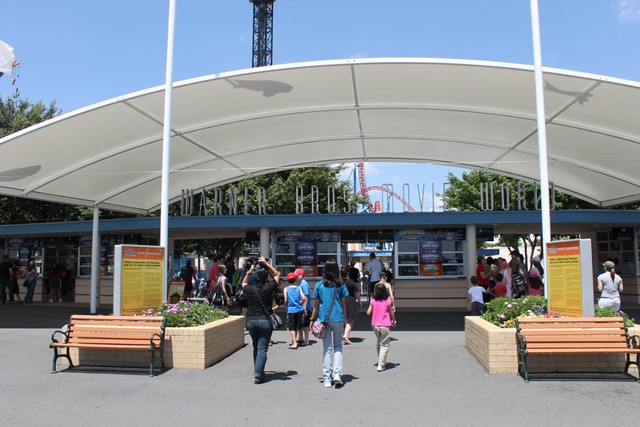 (Not as many people here compared to Seaworld)

So we arrived at Movie World at about 10.30am. It’s situated about 20 mins north of Surfer’s Paradise, in the same area where most of the theme parks are clustered (except Seaworld). Here’s you can find Dream World (they have the best roller coaster), Wet’n’Wild, Paradise Country, Australian Outback Spectacular, etc.

It’s actually a small park, about half the size of HK Disneyland. At the heart of the park is a covered shop-lined street with a performing area at the end. 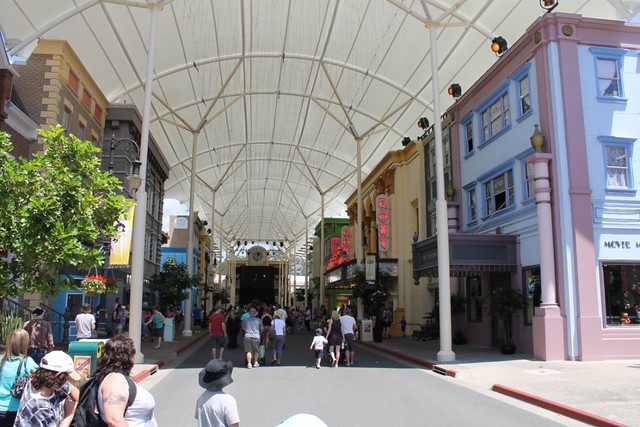 Took us awhile to find where they give out maps. Can you believe that? No help from THESE two people, either. 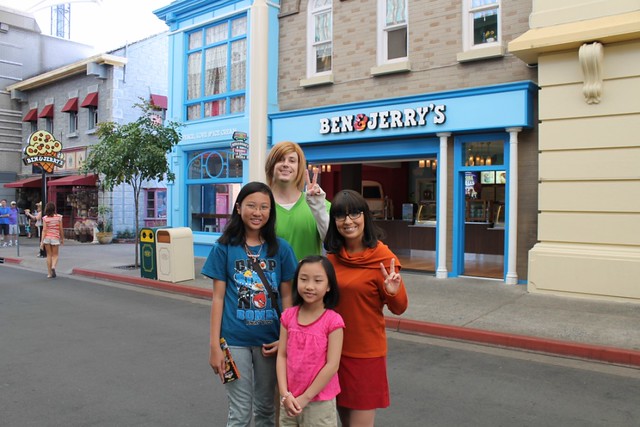 (oh come on, he does NOT even look like Shaggy.)

First order of business, we made a beeline for the Hollywood Stunt Driver show. In all honesty this is the only show worth catching here, coz the other performances were kinda kiddie. Make sure you get in early to this show coz it gets packed very fast. 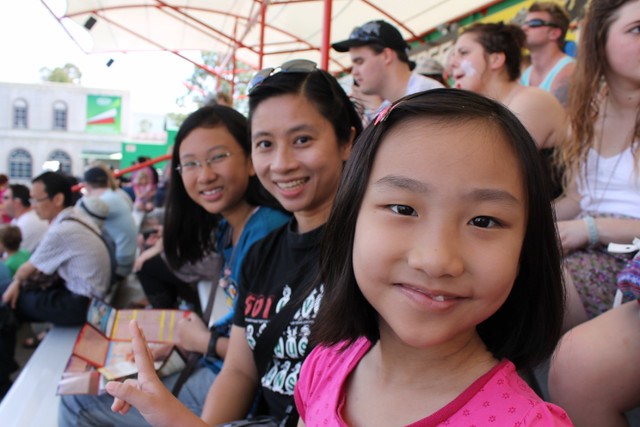 (15 minutes to go and it was already full)

The show mainly consists of 3 stunt car drivers doing precision daredevil tricks, basically a mat motor’s dream come true. Although the show is quite short (about 20 minutes, including lots of comedic filler material), it was VERY good. 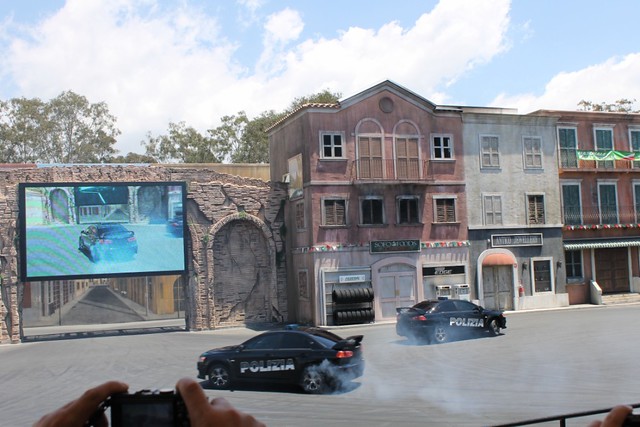 (in case you are wondering, those are Mitsubishi Lancer Evo X, NOT Proton Inspira cars…) 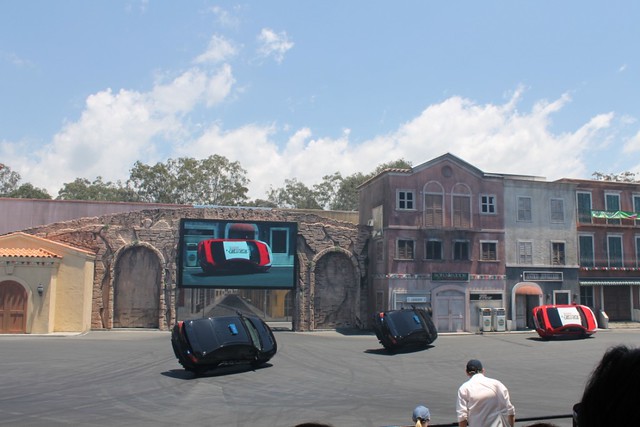 (I did not try this with my Toyota Vios) 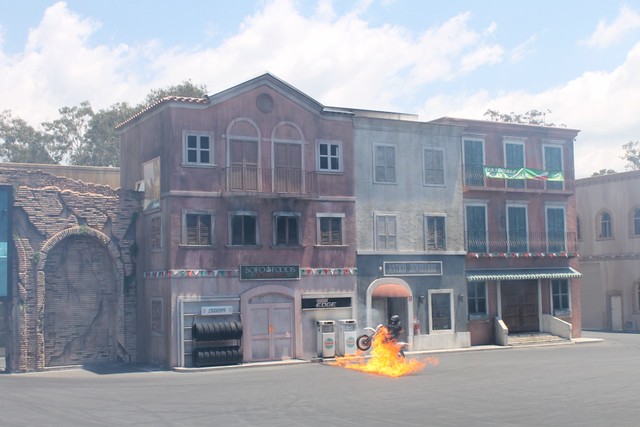 (A Mat Rempit also made an appearance)

Just like Seaworld the rest of the day is filled with performance shows. Most of them are tailored to kids and pre-teens, unlike you’re an adult who still fancies cheesy song and dance numbers by cartoon characters.

There’s one by the Looney Toon characters… 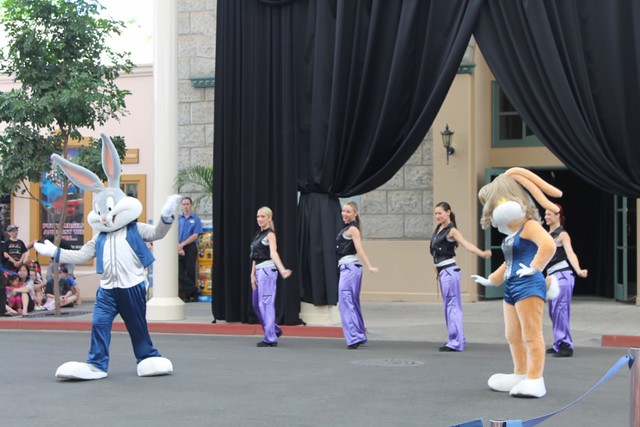 (Never really liked Bugs. How many real rabbits have you seen that wear gloves on its paws?) 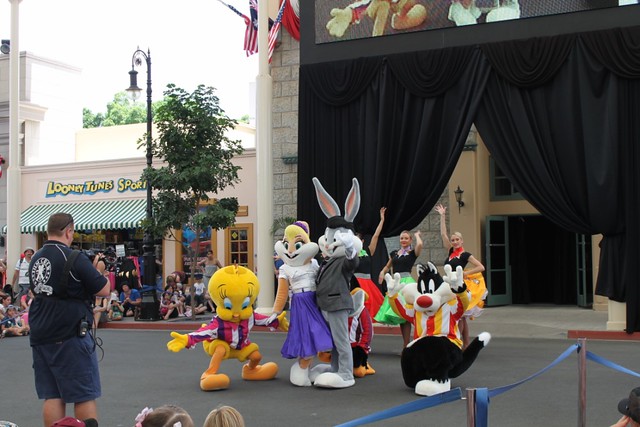 (the show stopping finale. I have no idea why Tweety bird’s head is twice the size of Sylvester’s head)

Then there’s a Marilyn show, where this lady lip synchs to her songs. First of all she doesn’t LOOK like Marilyn, and secondly she doesn’t SOUND like her. 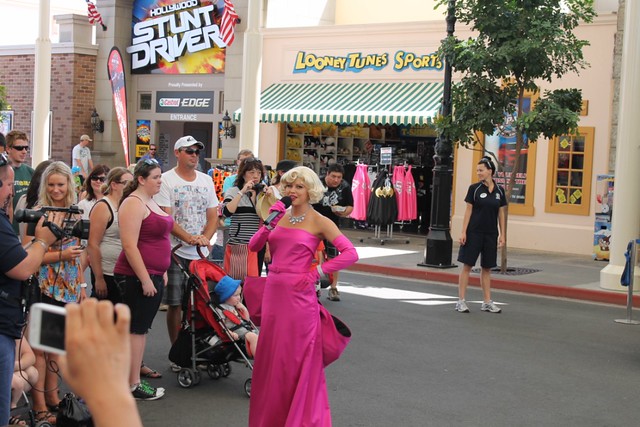 (why would they think that 10 year kids would even know who Marilyn Monroe is?)

The Scooby show is slightly better, at least it doesn’t take itself too seriously. Or maybe I’m just biased coz I loved Scooby Doo as a kid (My family named our two dogs Scooby and Scrappy). 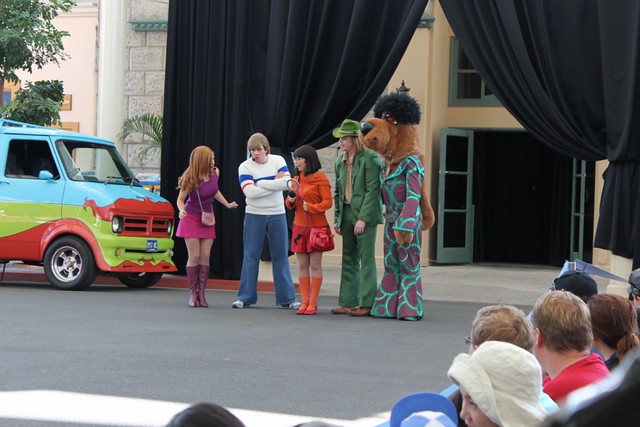 Lastly there’s also a Batman show. Bats doesn’t really do much except show up and throw some fake kicks and punches. He should have at least shouted, “TO THE BATCAVE!” 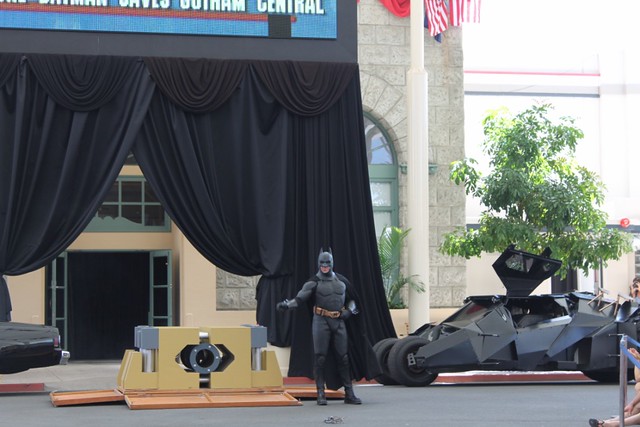 (I seriously think this guy needs to lose a few pounds)

But other than the shows, there’s a lot of other things to do in Movie World. There are lots popular rides, and Superman Escape is the most chi-kek (exciting). No, of course I didn’t try it. Didn’t try the Batwing Shot either. 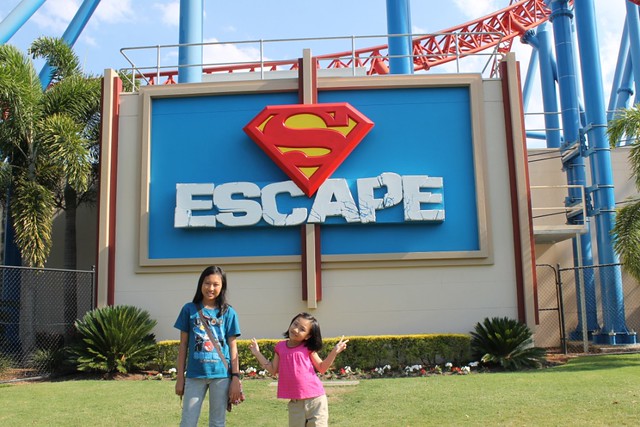 (Although, there were long lines to this ride all day)

We did try did ride, though. 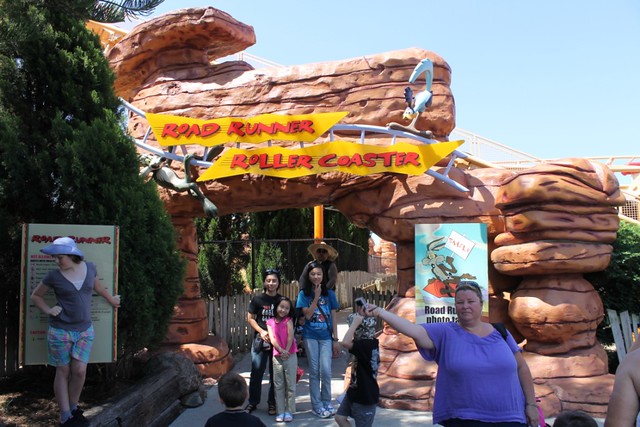 (Wow, I should really learn to frame my camera shots better…)

Then there’s also a 4D Adventure show called ‘Journey to the Centre of the Earth’. Meh, it was okay, better than the one in Genting. 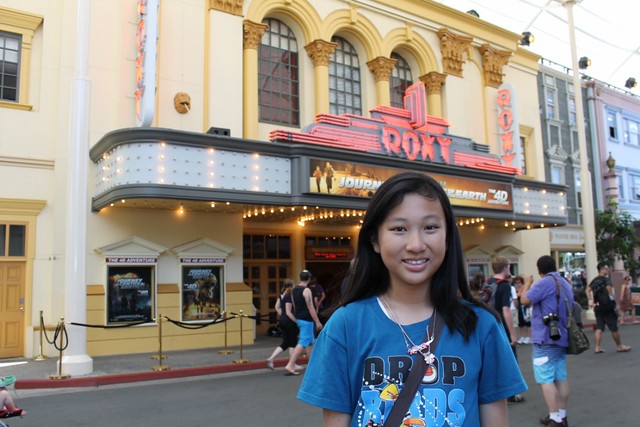 (Brandon Fraser! I wonder what’s HE up to now that his movie career is dead?)

Oh yeah, before I forget, lunch was the Batman-themed fast food joint. The food is exactly the same as the lunch in Seaworld! But after lunch it was my favourite ice-cream. 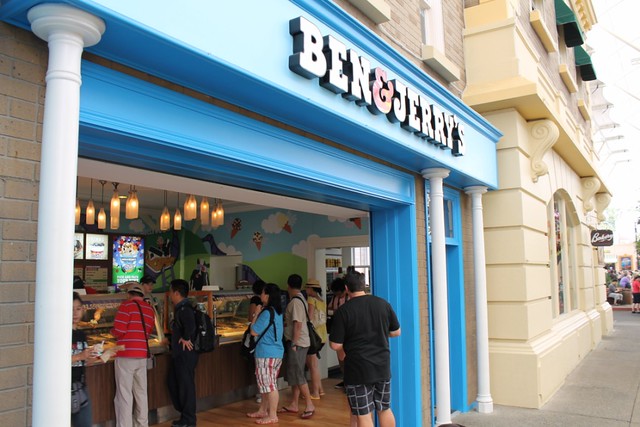 (I have now officially tried ALL their chocolate flavours)

At 3.30pm is their parade where all their stars come out to wave goodbye to you to tell you to go home soon. 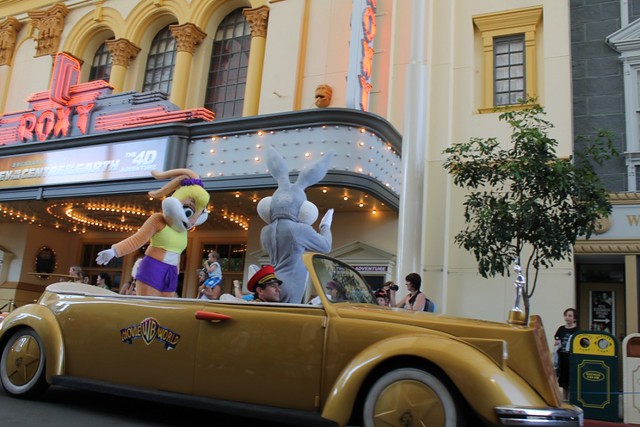 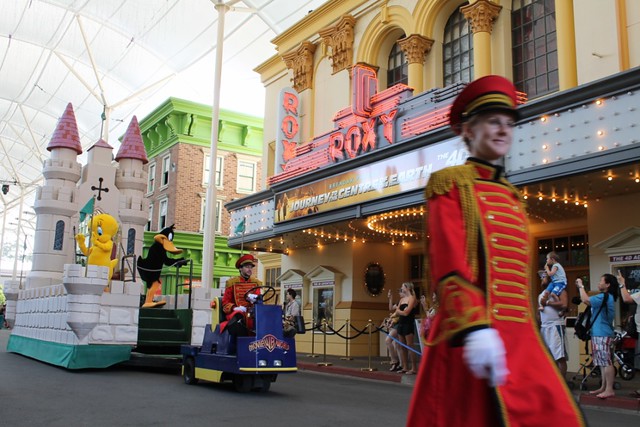 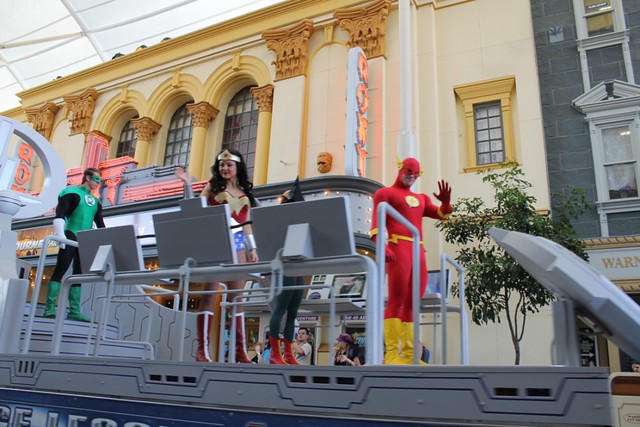 My daughter got to hug Wonder Woman, but she was facing the wrong way! 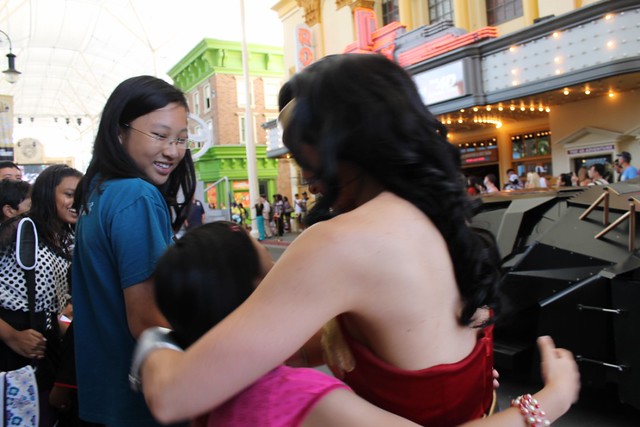 Batman looked pissed so he just low-fived everyone. I doubt he ever gives hugs. 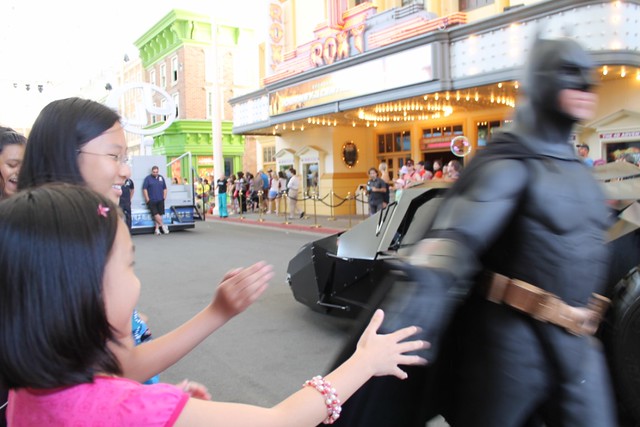 Did we go back after the parade? Hell no. Last day in Gold Coast so we must make the most of it. My family went for the bumper cars… 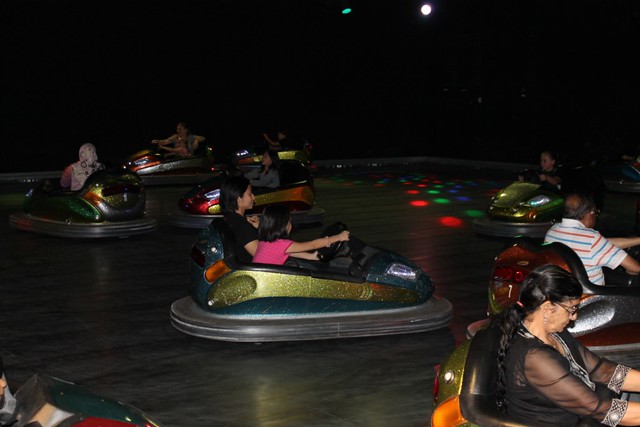 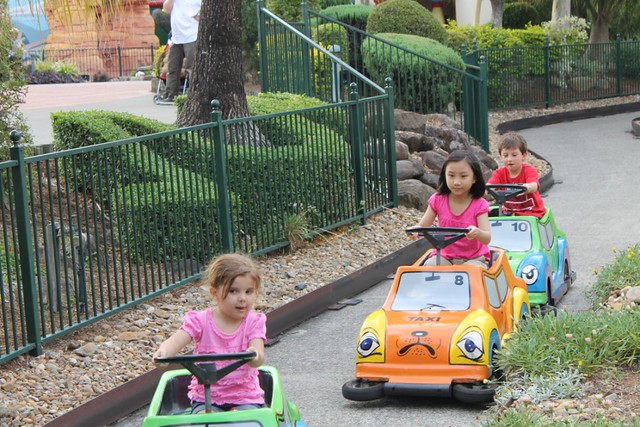 Yeah, okay after that then only we went back.

Dinner and Shopping at Pacific Fair

Most people go to Harbour Town for shopping, but at 7pm, Harbour Town was closed (even on Thursdays’ late night shopping). But at Pacific Fair opens to 9pm. (In Malaysia, people START shopping at 9pm) Besides Pacific Fair is just across the highway from my apartment. 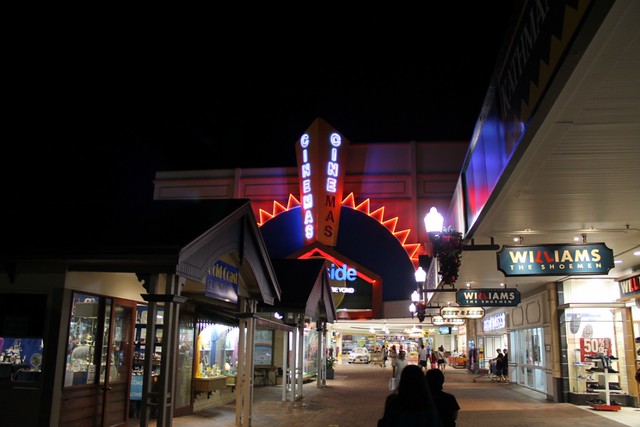 (Australian malls are really different from ours)

Dinner was at the food court. There were many interesting looking stalls, but we went for this one. Took awhile for our order to be ready. 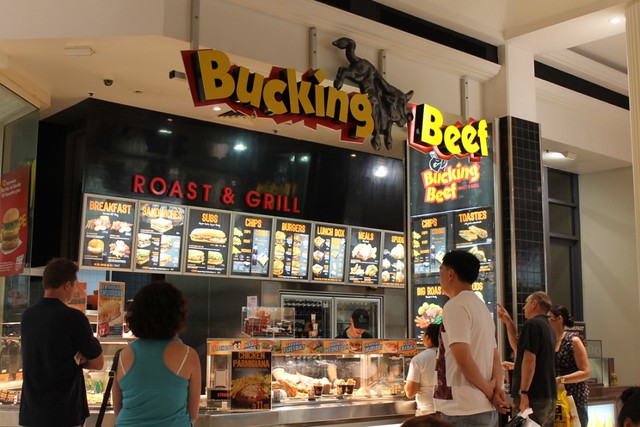 The meal wasn’t as good as it looked in the picture. 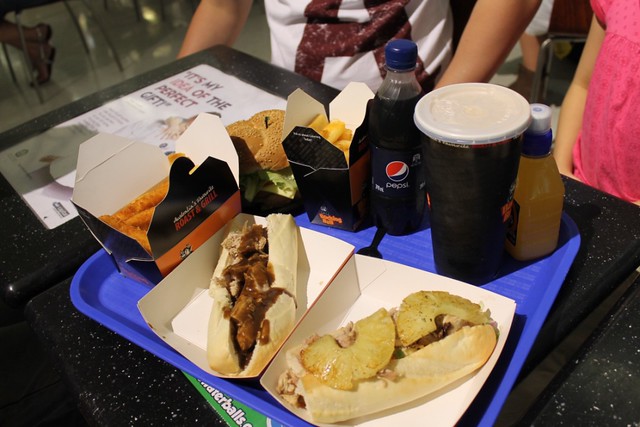 After dinner we went back to Woolworth’s for some last-minute shopping for gifts. And then back to the apartment… Gotta wake up early tomorrow morning.