And in a blink of an eye, a week in Europe had passed, meaning we only had one day left. Pat and MY had other plans to visit friends, so WY and I went our own way to London. Since it was Saturday and weather was fantastic, we decided to hit some of the markets around London. First stop was Portobello Road market in Notting Hill, the place made famous by that Julia Roberts-Hugh Grant movie.

For starters, its nothing like the movie. But that doesn’t mean you should skip it, its a very interesting place by its own right. We exited at the Notting Hill station, and followed the masses of people trudging in the cold morning.

Along the way to the market i saw this. Really? Orwell stayed here? Cool.

Portobello road Market is actually stalls and shops selling many different stuff, from souveniers, clothes to food, all divided into different sections. Basically the best way to describe it is ‘gwailou flea market’, except that its more upmarket and very clean. And the stuff you find there is very diverse and original, not the usual same stuff repeated over many stalls as you do here.

This one sold round bags with classic B&W pics on them. Audrey Hepburn on the top right there, from Breakfast at Tiffany’s.

This stall sold ONLY horns…

…and this one sold figurines of historic infantry units, mostly 19th century and WWI. I thought of getting a couple for Sin Loong (the biggest war buff I know) but they cost GBP8 per pair! They didn’t have any of Malaya though. The closest they had was Burmese and Ceylon WWI infantry.

After awhile we reached the food section of the market, and we saw a Turkish restaurant selling kebabs. After listening to Pat crave for kebabs all week, we tried it! GBP3, tastes real good. Authentic Turkish kebab!

We also bought some cherries, a croissant, a choc muffin and brownie. We sat in a Spanish coffeeshop and ate our mid morning snack while drinking espresso…

By about 11am we reached the end of the market, it was on to the next stop – Covent Garden. Coming out of the train station, i had no idea where it was nor how it looked like. I asked a bobby standing outside, and he pointed us down the road to this building.

Covent Garden has small little specialty shops, some foodstalls, and plenty of (very talented) street performers. This guy here is one of the funniest comedians i’ve heard, don’t be put off by his lack of clothes. A lady in front of me was telling her friend that these guys have to audition before they can stand a chance to perform here.

I also bought this small little flipping board toy my mom had when i was little. Its called Jacob’s Ladder.

After going round the market we were hungry, so we checked out the food stalls.

We settled for a beefburger and a hotdog (GBP4.50 each). Tasted okay, but the lines for both stalls were quite long.

This is a build-your-own-teddybear shop that’s also quite popular in Australia. You won’t believe how much they charge for one.

At about 2pm, we moved on to the THIRD market – Camden Town, as recommended by Kien Wei.

I simply had no idea what kind of place it was, it turned out to be a punk rock / goth hangout! As soon as you exit the station, there are guys and girls with mohawk holding up signs advertising for tattoo parlours. But a little away from the station, Camden Town is more normal, selling clothes and trinkets.

At about 4pm we settled in at a pub next to the Camden river canal for a pint of Stella Artois.

After a full day and lots of walking, were kinda tired, so we took a train back to Hounslow. Took a pic of our home.

We were supposed to meet Pat & MY at six plus to go for dinner. Turned out they went to Asda and by the time they came back, it was 7.30pm. So we decided to go out later, coz we wanted to watch the England vs. USA match on Sky.

It was almost 10.30pm before we found a good place to eat. This Turkish restaurant had generous servings for GBP7.

So the next morning it was all packing up and time to say goodbye to our wonderful hosts… one group pic.

Pat & MY went down to London to catch a bus to Manchester while we boarded our plane back to Malaysia. 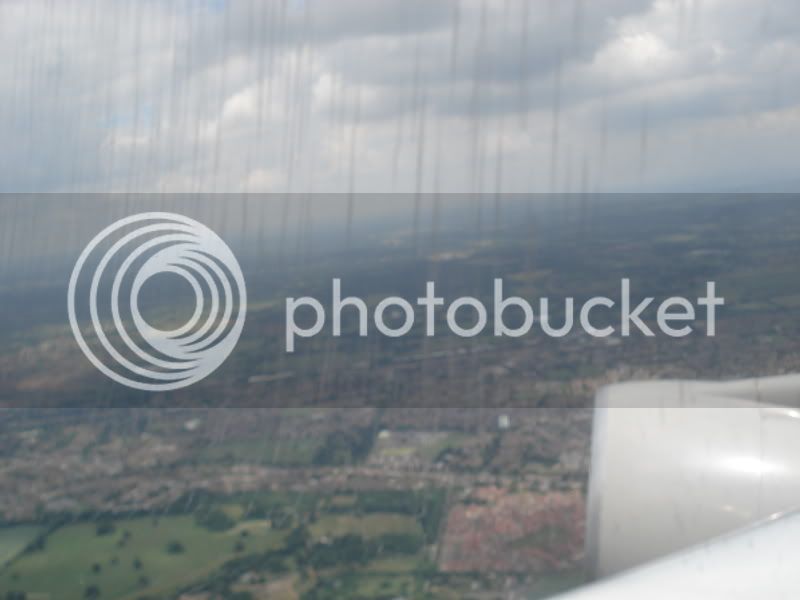 What a great holiday it was. Great memories, and carrying back lots of gifts and shopping!