(For the previous day’s post, which is the first in the series, you can read it here)

Day 3 started with some amendments to our itinerary, we ended with some free time early in the morning. MY went to meet her relatives, so Pat and us decided to visit Highbury! Months ago we had intended to visit here, but it got bumped off the priority list of places to visit when we had too many things to see and do. Something about Arsenal – i’ve been following them since I followed football when i was 7 years old, although i’ve kind of drifted away from footie in general in the last 10 years or so. But since I’m IN London, it’d be a crying shame not to see Highbury and the Emirates…

So anyway, the train ride was quite long from the west to the north, but we finally arrived. The weather was cold and it was drizzling a bit.

This is downtown Highbury. Looks as bleak as how Nick Hornby described it in Fever Pitch, with all the tiny council houses. 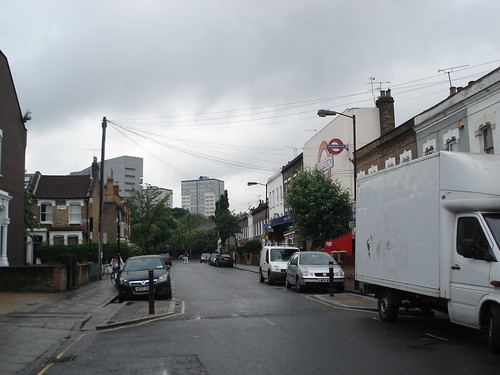 And this, is Highbury, the old hallowed grounds of Arsenal FC. It has since be turned into a luxury apartment complex after Arsenal moved to the Emirates (called Highbury Stadium Square), but they’ve maintained the old art deco facade. The marble halls and the bronze bust of the late great Herbert Chapman is still there, visible once you enter the large door in front. 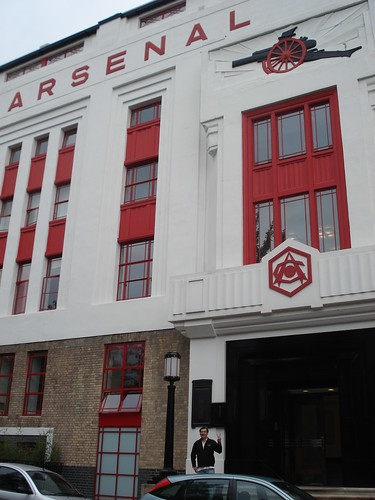 Of course, one tube station away is the new stadium in Ashburton Grove called the Emirates. 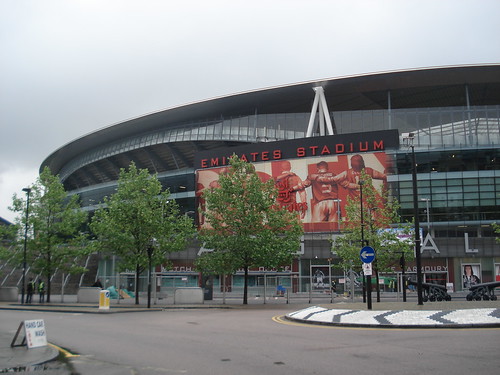 Bought some shirts at the armoury. And this was supposed to be an unplanned visit! (Didn’t spend as much as Naz and S-Kay though heheh) 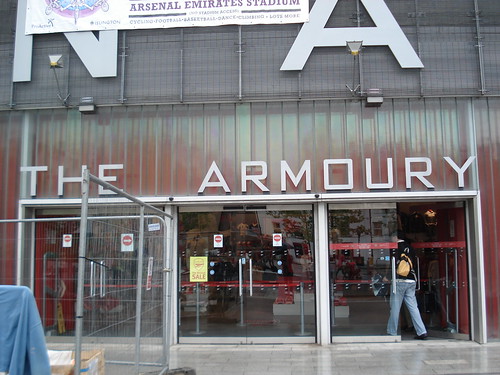 Walking back to the tube, it was mid morning and we were hungry already. So we stopped at a little Spanish cafe near the stadium. 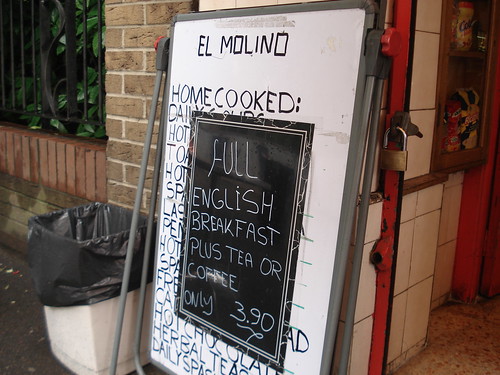 Strange how a Spanish cafe serves full English breakfast! I shared the sandwich with WY (GBP3.40 including coffee). 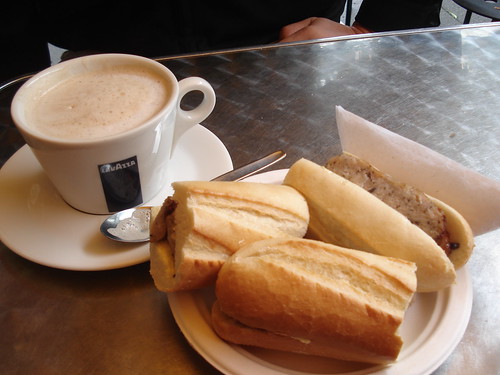 Then it was back to central London to tackle the biggest challenge so far – the British Museum! 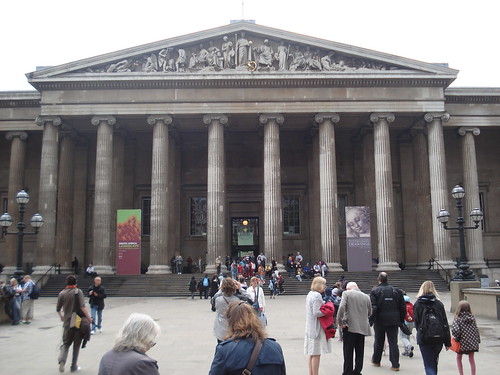 The Museum is a huuuuuge place, it would probably take you a week or so to visit every room (and there are 70 over rooms). Obviously, it was impossible to cover everything, so to make the most of our short time there, I followed their 3-hour self-tour where you can see 50 or so of their most famous artifacts.

But personally for me, there were two that I really wanted to see – one was the Rosetta stone, which held the key to first translation of Egyptian hieroglyphs. 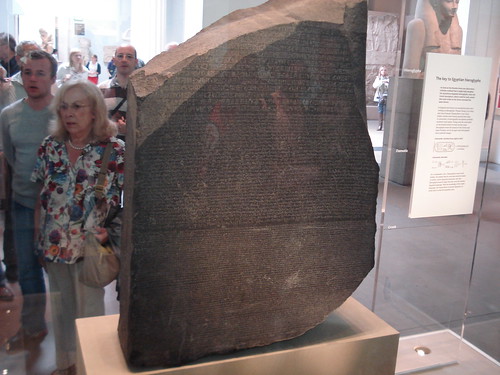 The other, was a very obscure piece, very hard to find in the museum. It’s the Cyrus Cylinder, which we studied in Project Timothy (see Ezra 1:4-5). It was much smaller than i thought. Yep, that’s me flashing the V sign behind the first human rights charter in history. 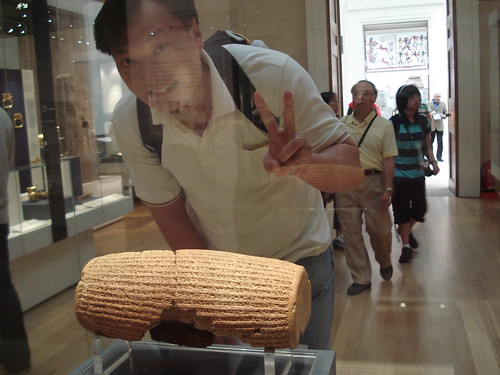 Of course, we took tons of photos of all the amazing artifacts on display throughout the museum. This is an interesting one, a large piece of jade in the Chinese civilization section. 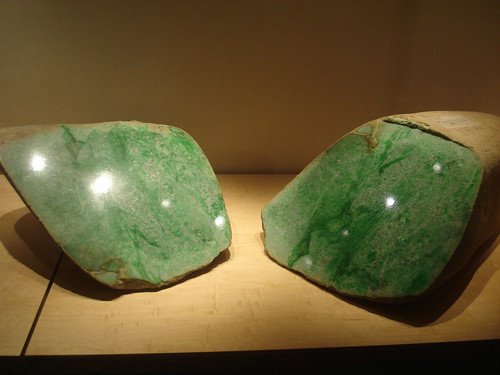 After the British Museum, we were understandably tired and hungry, and tried to find the fish and chips that Ron Choong told me about. This one was probably it (Ron, if you’re reading this, is THIS the one?) But they were pretty pricey, so we decided to skip to Chinatown for lunch. 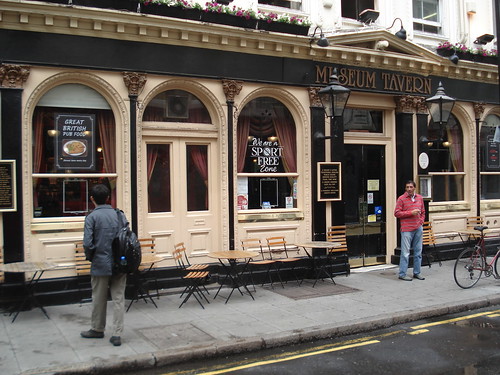 We decided against going to the famous Wong Kei restaurant (didn’t really feel like getting shouted at by rude waiters) so we tried another friendlier (and not to mention cheaper) restaurant. 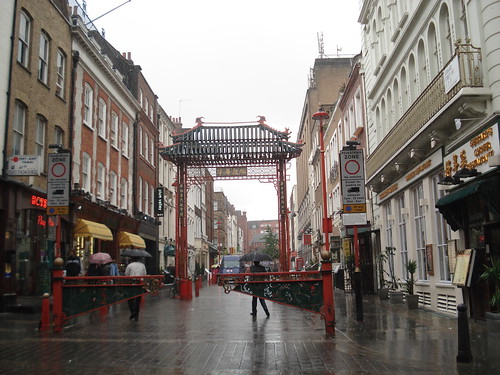 We went for Cafe TPT, the one shown on the right below. 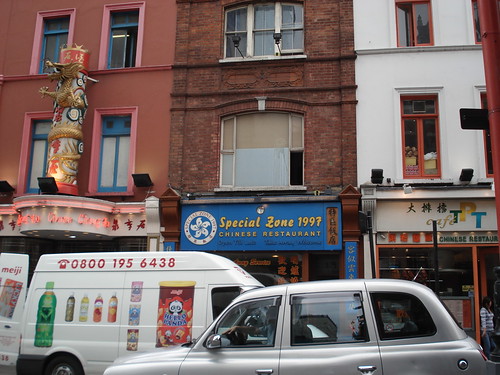 The place was miniscule, but the food was good. For GBP6, we got a drink, a starter soup, main dish (some XO rib noodles for me) and desserts. Definitely worth it in London! 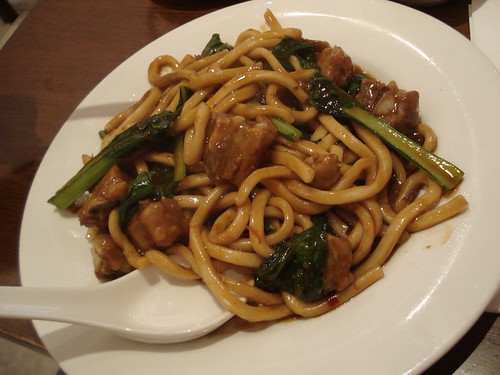 When we came out of the restaurant, it started drizzling again, so with our brollies, we walked all the way to Oxford St for shopping. Pat went to meet MY at the tube station, while we went souvenier shopping.

Dinner was at the trendy pub Lo Profile to prop our tired feet. The place was excellent, with good food and a nice New York-style deco. I had the roast pork stomach. Tastes much better than it sounds, trust me. 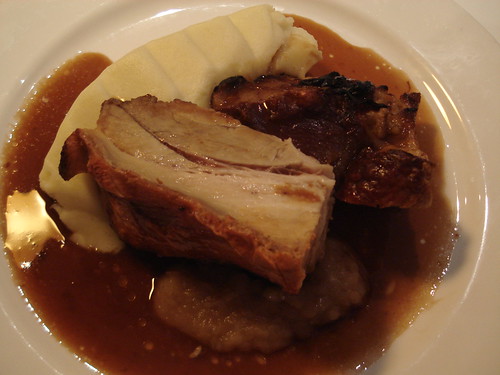 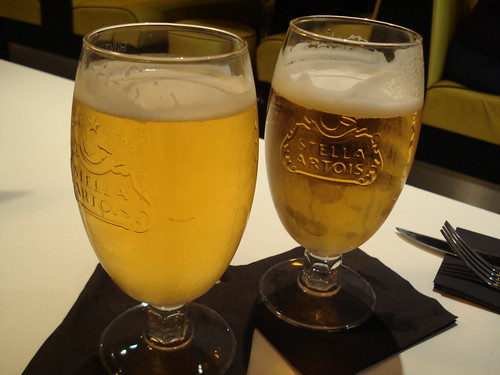 We had an early dinner coz we’ve booked half priced tickets (GBP36) to catch a musical at West End. When it came which musical to watch, I guess there was no question to my first choice 🙂 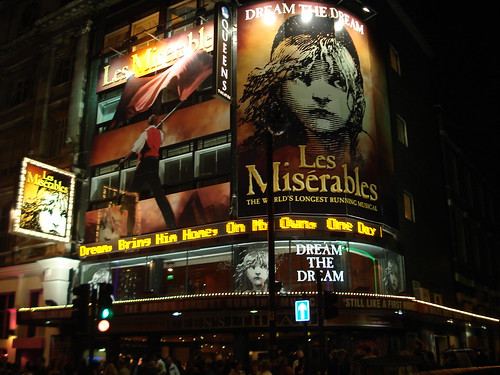 Inside the elegant Queen’s Theater. 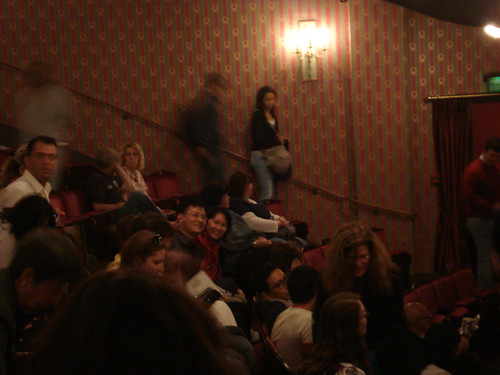 And it’s about to start… 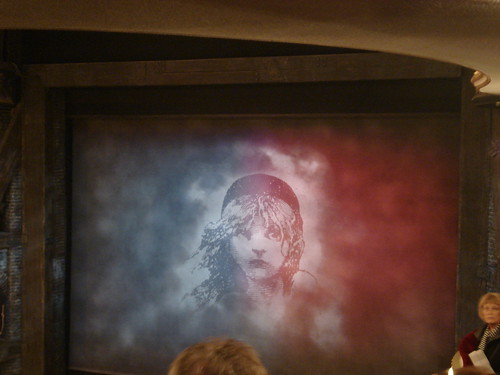 Of course, can’t take pics during the performance. The show was good, unfortunately it was a very long tired and we were all quite tired. But undoubtedly it was well produced and the stars were talented.

So after a 19-hour day, we reached home to crash… only to start another busy day tomorrow 🙂 Yep next we’ll take on the London Eye, Tower of London and St Paul’s Cathedral…