(For the other days in the series, you can read part 1 here, then part 2 here)

Okay, Day 4 started bright and early as usual. With the early sunrise in summer, we’ve got used to getting up at about 5.30am and getting by with 5-6 hours each night. That way we usually can take our time with breakfast, Pat even went jogging around Lampton Park on some mornings. Day 4 started with Eye on London, which we’ve passed by a few times in the previous days. The ride starts at 9.30am, if you’re planning to visit in spring or summer, make sure you prebook or come early, coz the line is pretty long. I’ve read that at peak hours in summer it takes up to an hour. 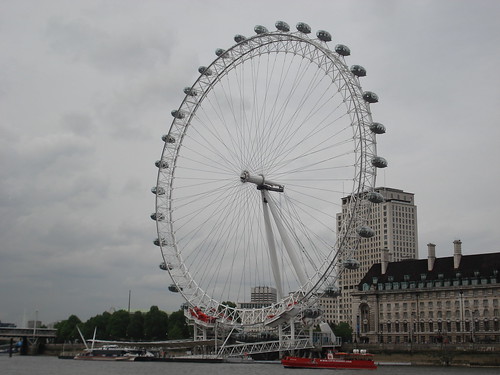 That place gets crowded pretty fast, especially when there are school children. It’s a bit like Eye on Malaysia, but much bigger and higher. 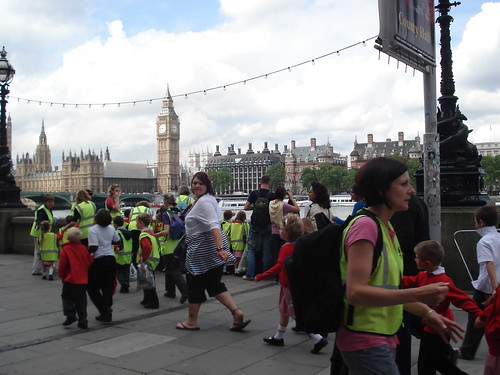 You can see most of central London including Westminster from the top. 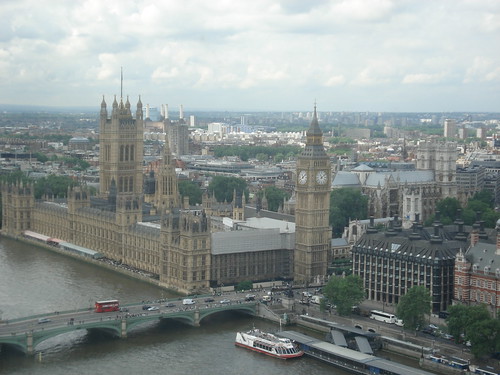 That’s Pat taking a pic of us from below coz he didn’t join us for the ride. 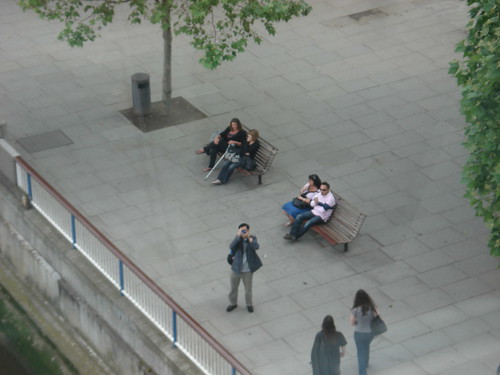 Then we crossed the Westminster bridge on foot again. En route, bumped into the Subway Dude. He looked like he’s standing at attention. 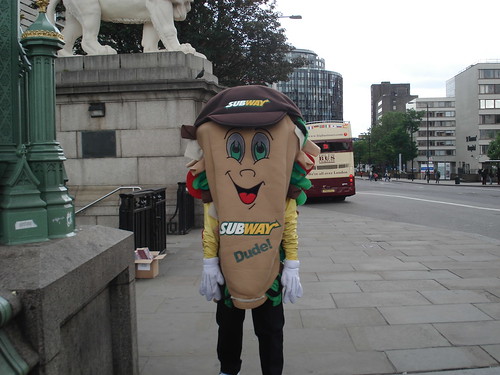 Next stop – Tower of London. Pretty interesting place, its good if you can catch one of the guided tours conducted by the yeoman – they’re funny and informative. This was our yeoman, didn’t catch his name but he was hilarious. 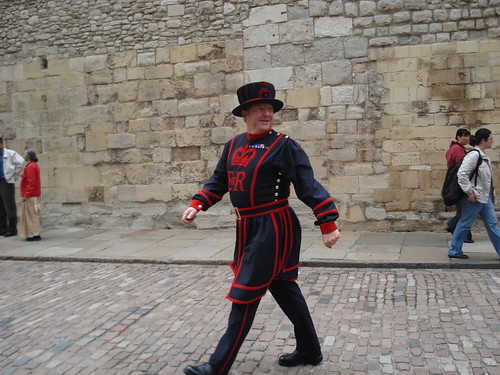 After awhile we decided to walk around ourselves coz the crowd made it difficult to catch what he was saying. Tower of London is pretty small so it can get crowded at times. However, the highlight of this place is the Queen’s crown jewels, housed in a maximum security vault in this building. 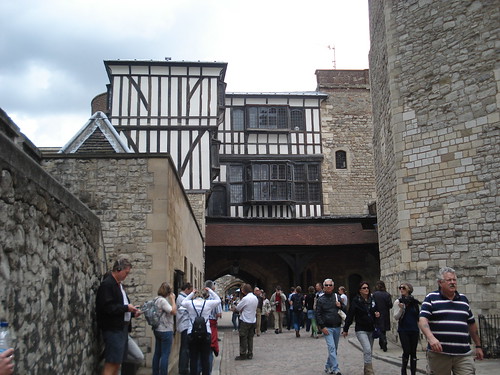 Of course, no pics allowed. But we managed one last pic before going in. 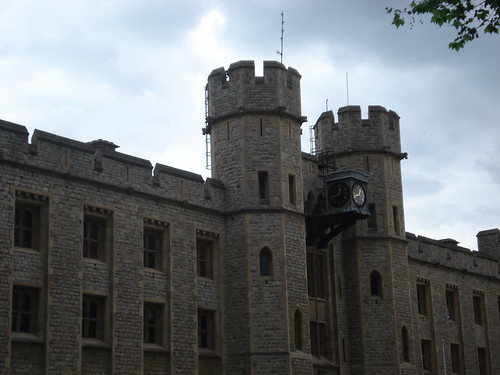 The crown jewels and the assorted collection inside – well, its something you gotta see it to believe it. Then you will realize why the Queen is the richest woman on earth (or is it J.K.Rowling?) and why London was the centre of the world at one time. We went past the crown jewels twice to fully appreciate the finery of the diamonds and gold. 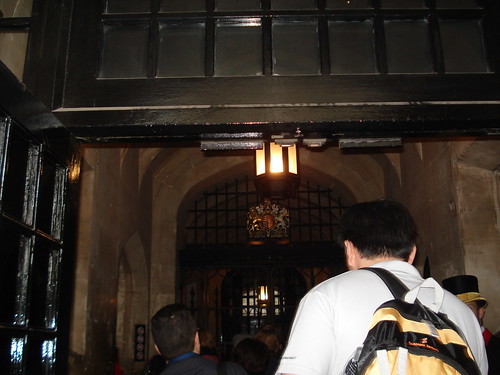 Tower of London is also the home to ravens – it is believe that if the ravens are ever to leave the tower, the kingdom will fall. So they have a ravenmaster who clip their wings so as the ensure the kingdom is safe… 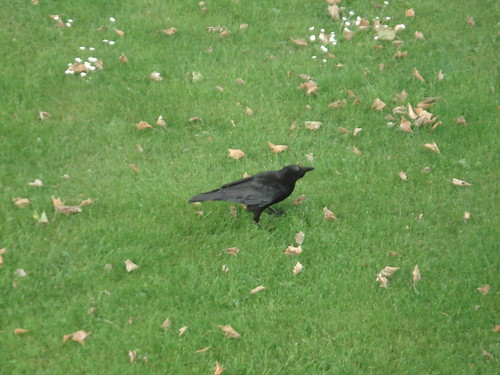 Once you exit, you will see an excellent view of the Tower of London. We didn’t go there but you can actually climb up to the motor room. Hard to take a pic with the low lights due to cloudy weather, but it turned out well. 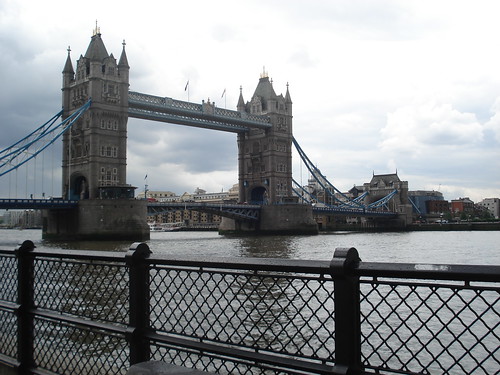 Just outside Tower of London, we had one of the cheapest meal – GBP5.99 for fish and chips including a pint of beer. 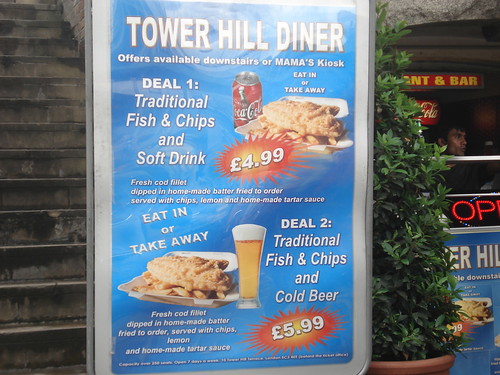 It tasted alright, not fantastic but at that price I can’t complain. 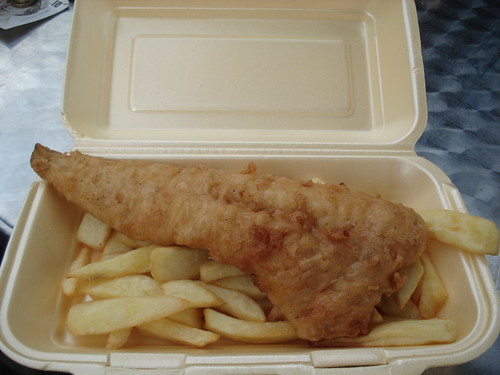 After a quick lunch, we headed off to the most famous cathedral in London – St. Paul’s! The pride of Sir Christopher Wren… 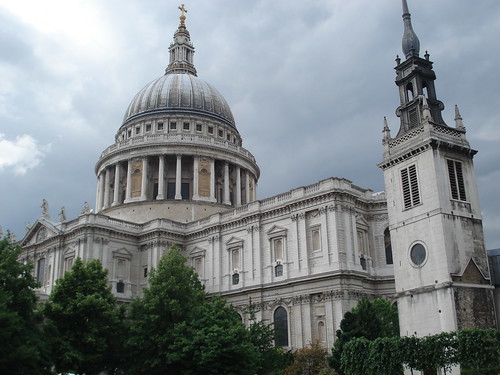 (note the bird on top the queen’s head!) 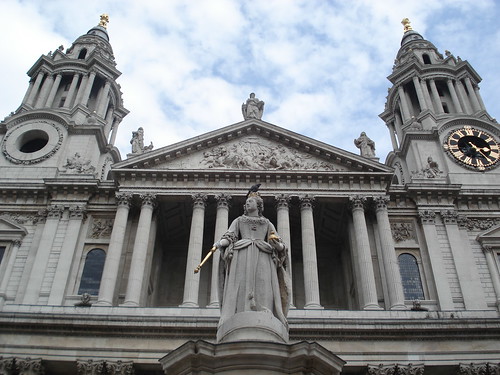 Again, no pics allowed inside, but we managed to get a few before enter the sanctuary proper. WY and I also climb up the Stone Gallery (376 steps) past the Whispering Gallery. We would have made it to the Golden Gallery (530 steps) at the summit, but it was almost closing time and we had to leave. 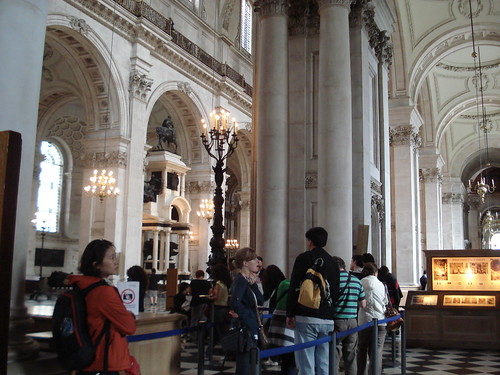 After St. Paul’s, we went back to Oxford Street (that made it 3 times in 3 days!). The girls went shopping at Primark while Pat and I went to Waterstone’s. I only bought one book there (Hemmingway’s Old Man and the Sea GBP5.99) coz I’d hoped to visit Charing Cross on Saturday.

Oxford Street is THE place to do some serious shopping if you’re in London, all the big shops are here. 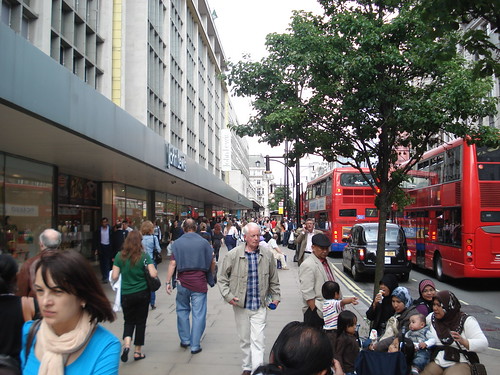 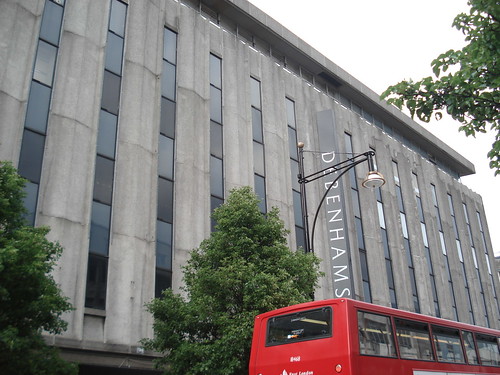 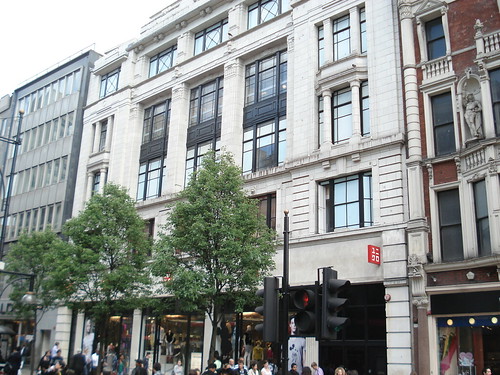 We also dropped by Thorton’s to get some nice chocs for friends and family (Fountaineers, if you’re coming for the next SG, you’ll taste it!) 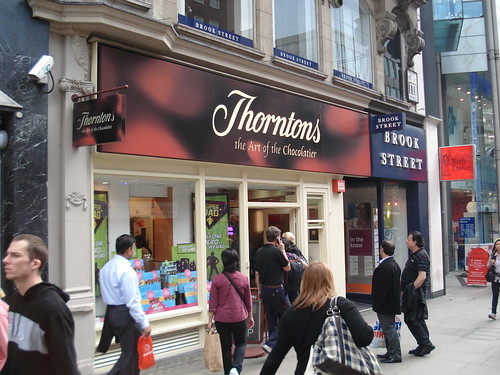 We left central London earlier on day 4 coz we’re going to Paris the following day, so we had dinner back in Hounslow. We tried the bar Yates (there’s a chain of them across England) and it was pretty cheap and affordable! GBP6.95 for two meals. I had the bacon cheeseburger on the right while WY had the bangers and mash. 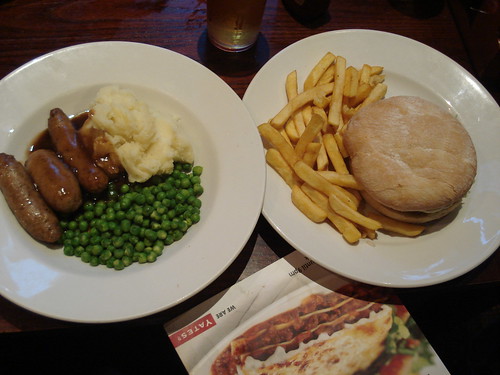 After dinner we did some grocery shopping at Asda to prepare for Paris the following day. 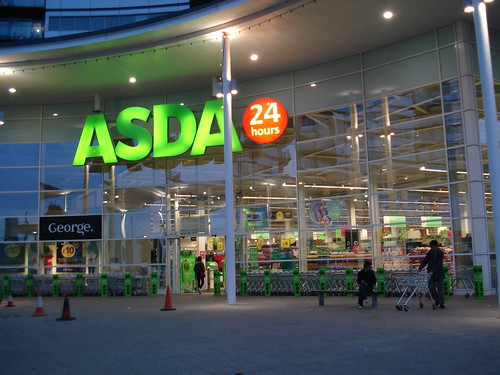 To be continued on Day 5.