Yep, folks, we’re at the last instalment of the series in the travelogue. Next time i should use one of those picture viewers with the caption below so that it’s easier to post lots of pics… Anyway here are the earlier posts in the series:

Day Four was the highlight of our 5 day trip. We packed up everything in the hotel we’d been staying in for the past 3 nights – BP International in Kowloon, cause we were spending the day and one night in Hong Kong Disneyland…! Or as the locals called it “Tik see nei”. Yeah i know it sounds vulgar, but that’s how it is.

The day didn’t start off too well. Our tour bus was over an hour late. The bus finally came, with a different tour guide from the previous days, this guy looked a bit like the bad guy in the 9.30pm series on Wah Lai Toi currently showing. Yes, the one Adam Cheng acting one.

Anyway, Disneyland is on Lantau Island, which is towards the new airport, and the journey too less than an hour. Along the way, we could see beautiful mountains and steep coastlines, plus lots of tankers and liners in the water.

This was our hotel, Hollywood Hotel. It’s the more affordable of the two available near the resort. You don’t need to ask how much the OTHER hotel costs. 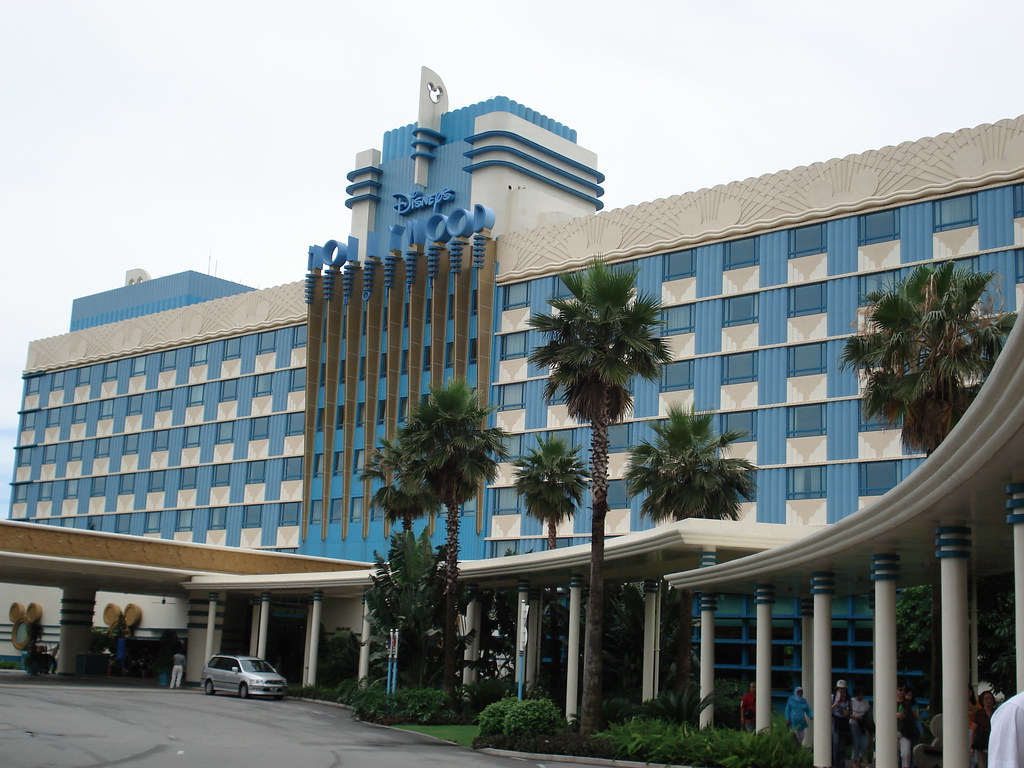 The room (which we checked in later at night after spending the day in Disneyland) was REALLY impressive by HK standards! It was big, it had a flat screen TV, and almost everything was Disney or Mickey theme! From the toiletries to the shower curtain to the bathroom slippers… let’s just say we took off with lots of ‘souveniers’… heheh. 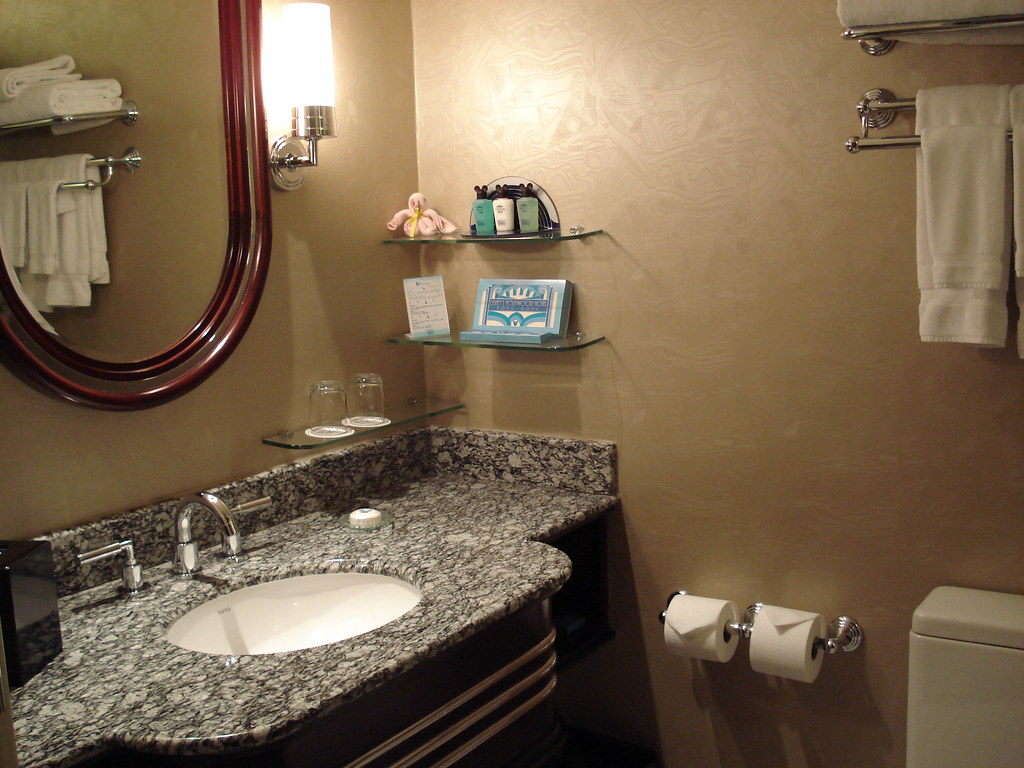 Anyway, back to Disneyland proper. It’s big. I know lots of people say it’s small and disappointing, but it took us more than 10 hours to go through almost everything! We went for every ride and saw every show, even the kiddie-kiddie ones. Since it was all paid, anyway. It wasn’t crowded at all, we didn’t have to wait more than one round for most of the rides, some we didn’t have to wait at all. 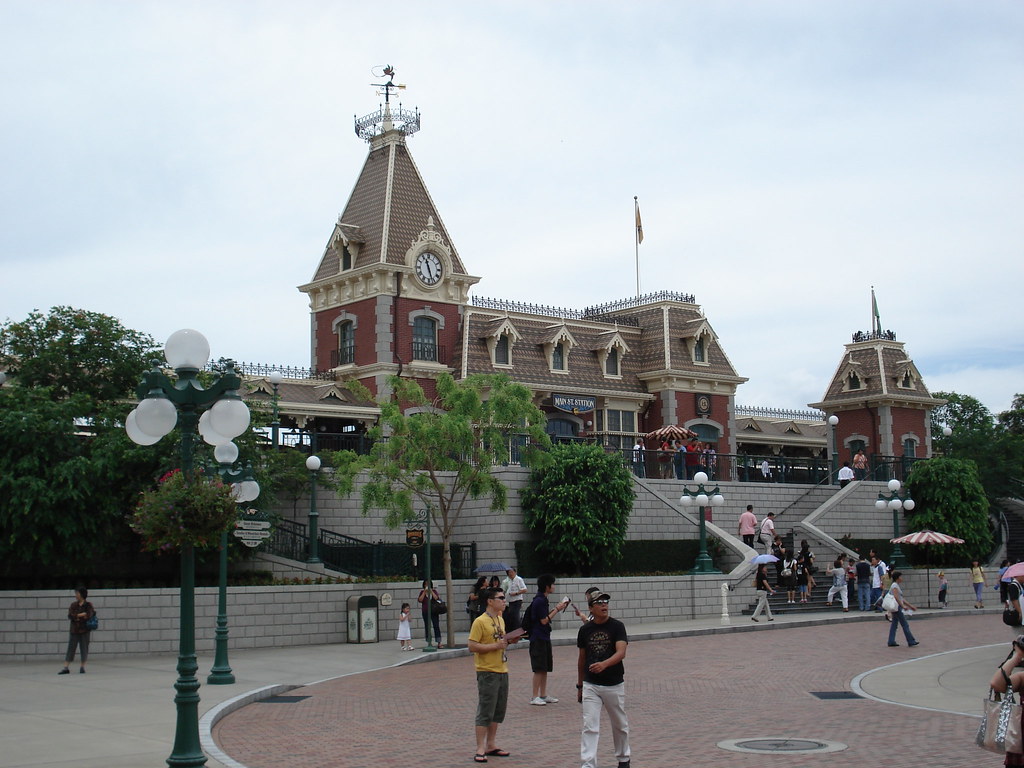 We took tons of pics, so it isn’t possible to post ’em all or even talk about half of what we did, but here are some of the more candid pics.

Took us awhile to wait in line for a family pic with the charming host and hostess… this one is of him alone. Actually i suspect it’s not the REAL mickey, just some short guy in a rubber suit… 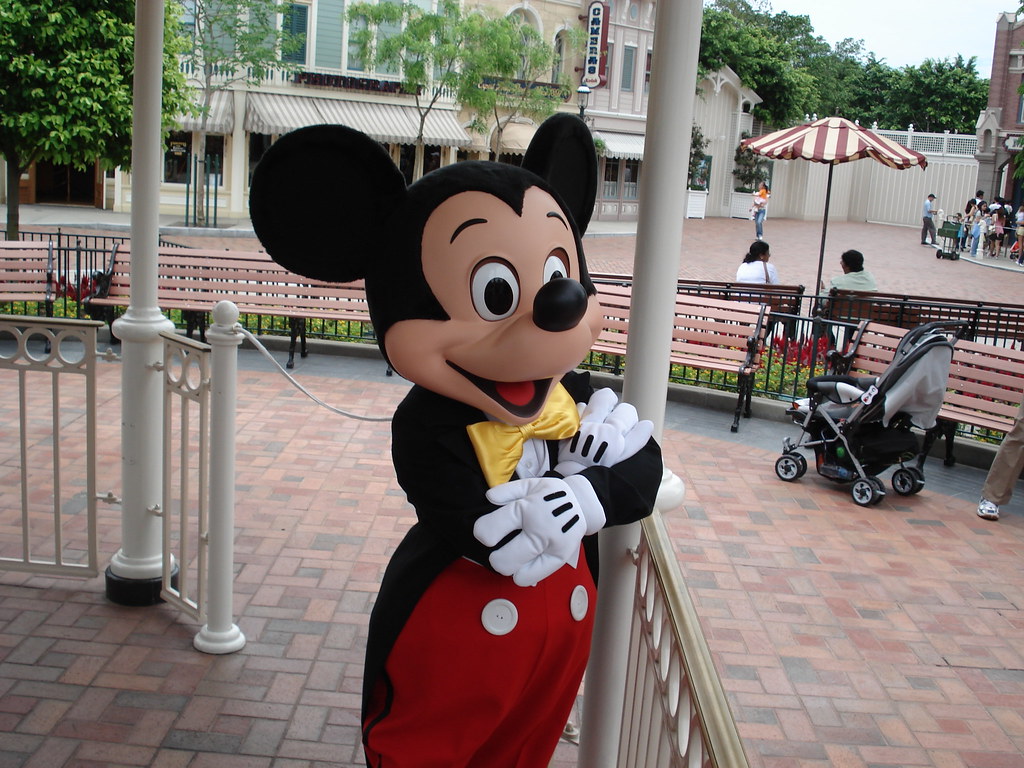 We didn’t want to line up for DONALD, but snuck a paparazzi shot from inside the shop. Also, what’s with the fur? I thought ducks had feathers?! 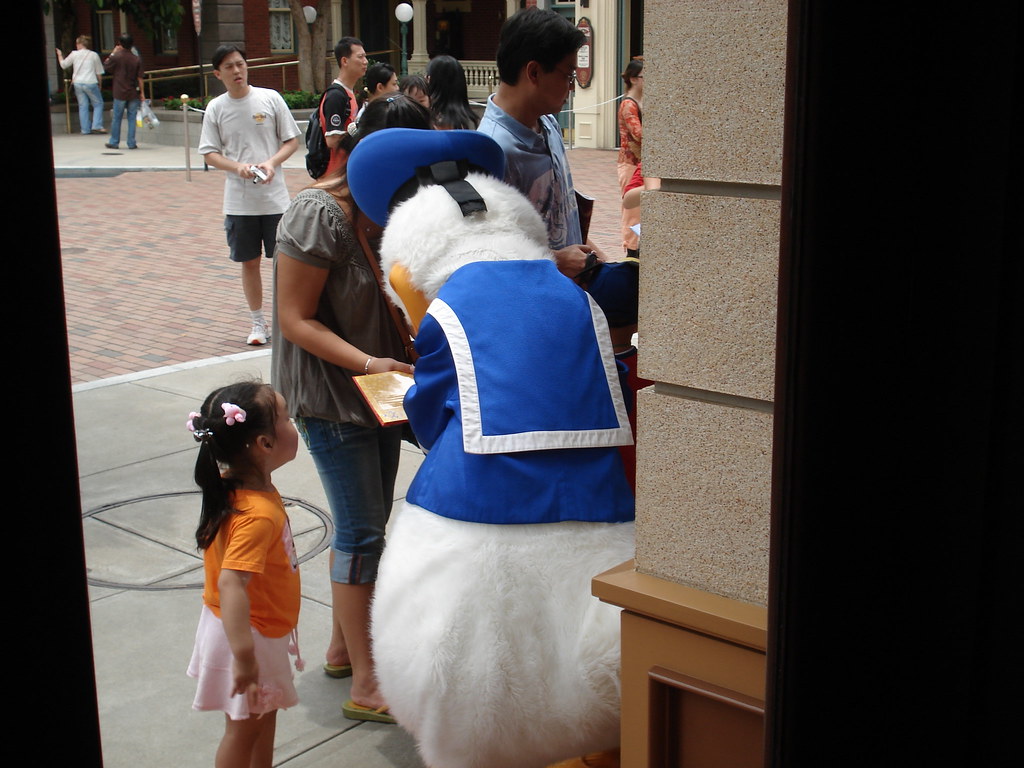 Along the main boulevard entering into the other areas, there were shops on both sides of the street, all selling either food or merchandising. They have REALLY cool stuff there, the kind you won’t find here in Malaysia. This one was so cute we had to snap a pic of it. The cheapest item around here is no less than HK$35. 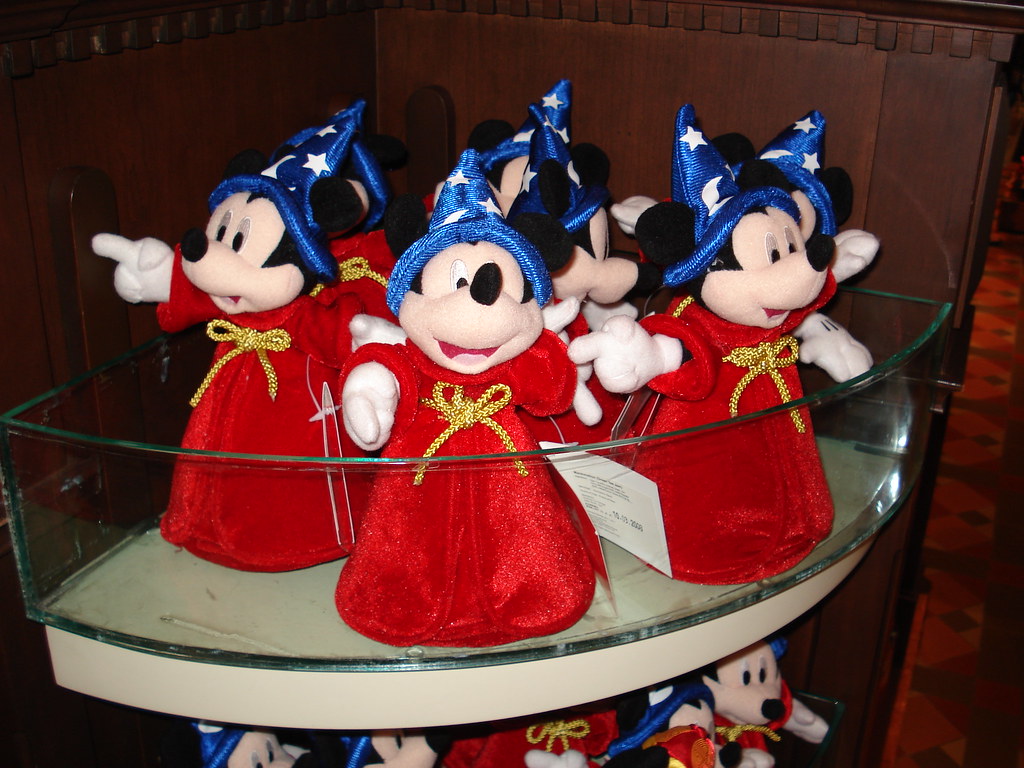 Dsineyland HK is divided into 3 distinct areas – Tomorrowland, Pirateland and Fantasyland. This one is taken from atop Tarzan’s treehouse, looking into the jungle cruise waterway. 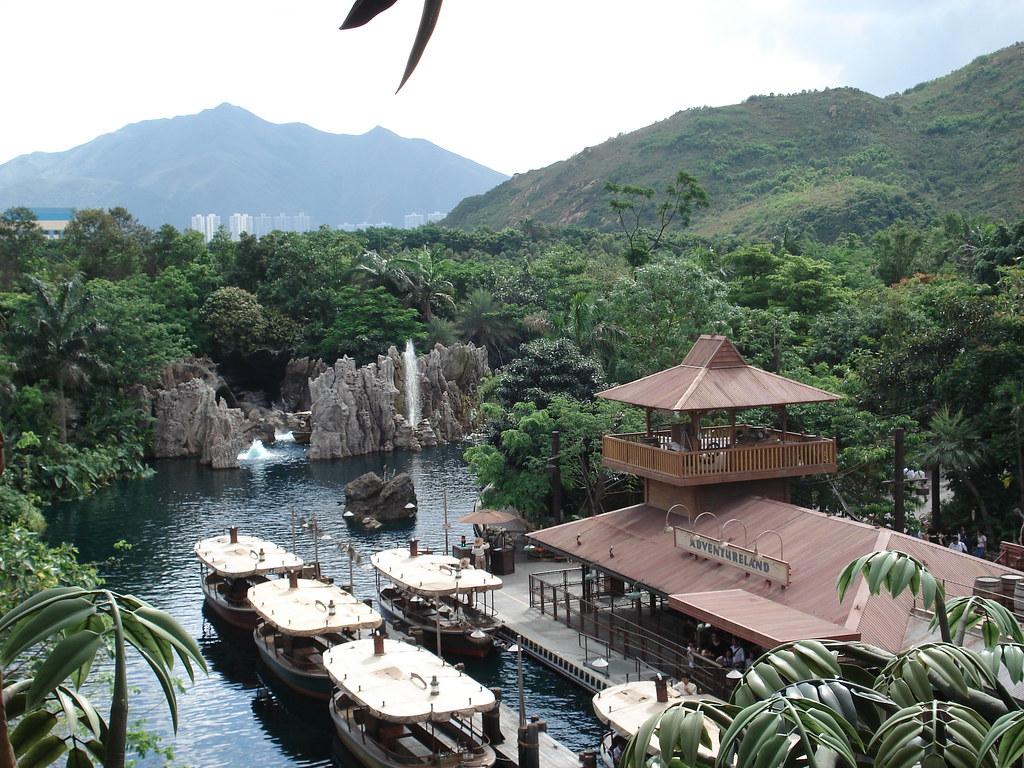 This is part of Sleeping Beauty’s Castle, found in every Disneyland across the world. The same one you see at the end of Disney movies. 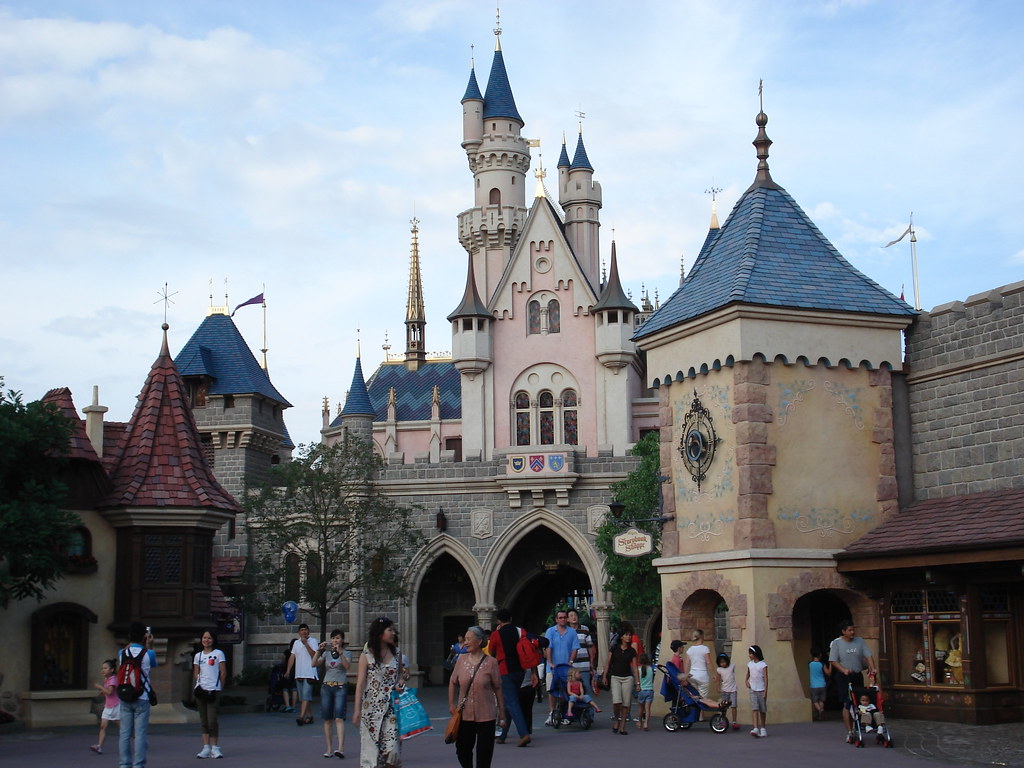 One of the best live show here is this one about the Lion King. You’ve got to see it to appreciate it. 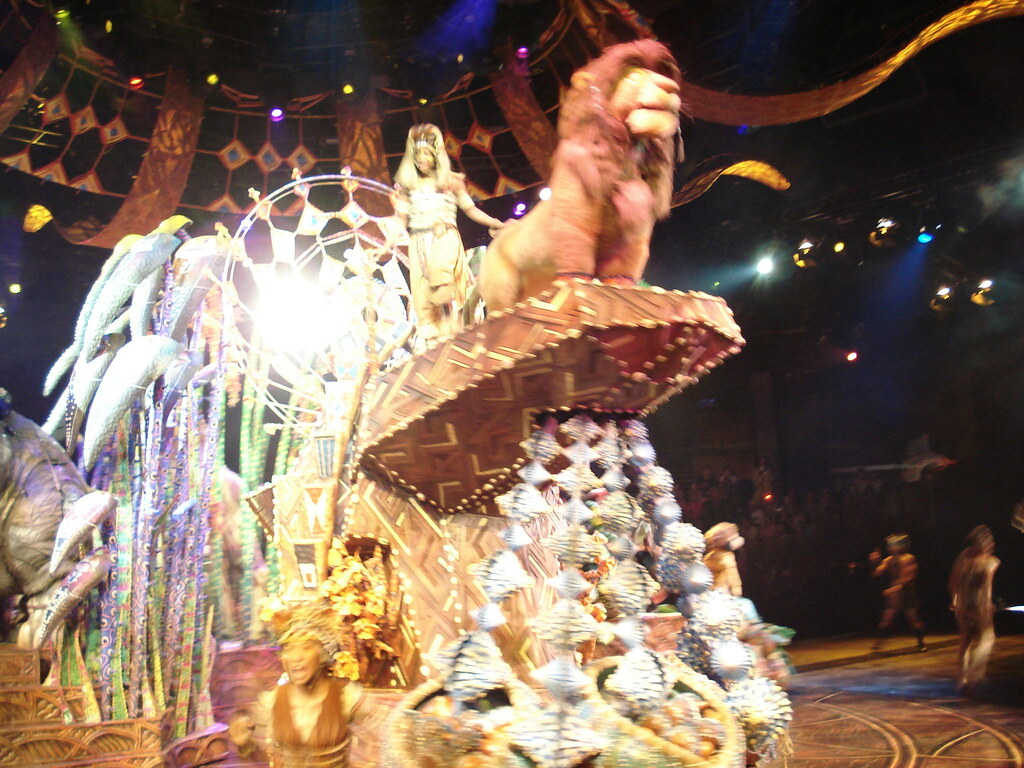 At the end of the day, everyday of the year, there is an awesome fireworks display atop the castle. It’s amazing, better than the show at Mines during CNY here in Malaysia. 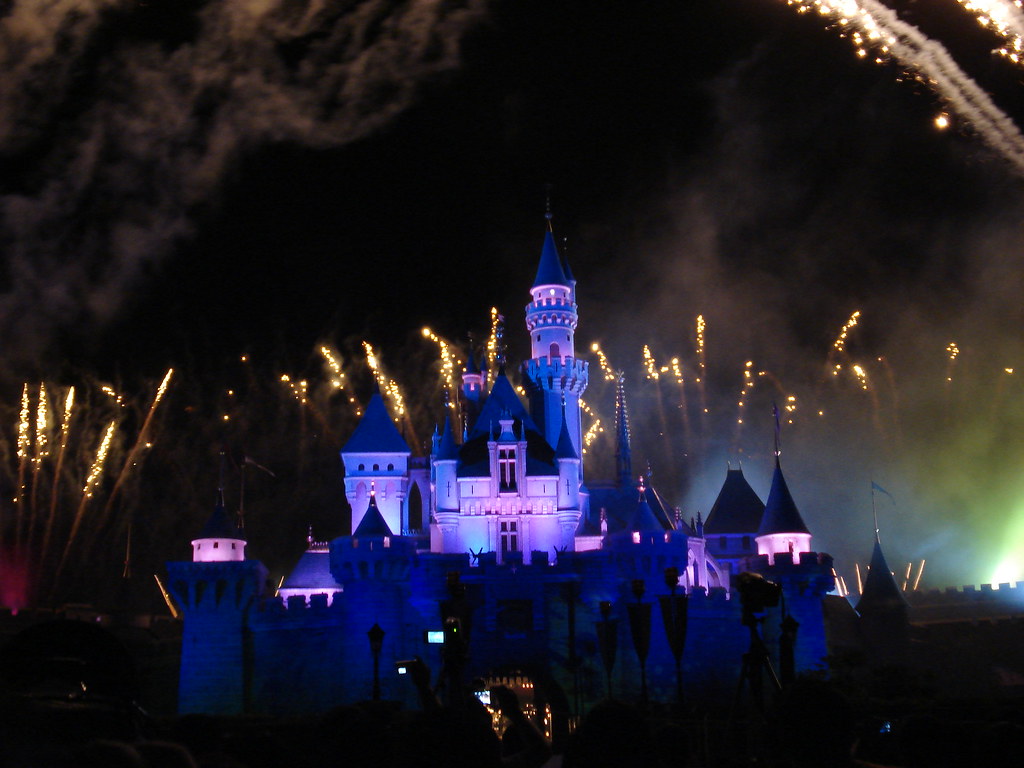 Disneyland was fantastic for us, we practically filled out or 2GB memory stick full of photos and movies!

The final day, Day 5, we packed up all our stuff, and the tour bus took us all back to the airport. So it was goodbye to Disneyland, to Hong Kong, and a great week of holiday…

… and back to work in Malaysia. Sigh. Anyway, i had to do all 4 parts of the travelogue in a bit of a rush, seeing my time schedule these days. I’d love to have done it better, but well… but thanks for being patient, guys.