(This is a continuation of the previous Part One)

So the second day of our stay in Hong Kong, we got up really early to follow this half day city tour organized by our tour agent. I’m used to waking up early, but not while on holiday… besides we had to wake up early to eat breakfast, which was cup noodles and 3-in-1 coffee in typical Malaysian fashion.

They came round punctually at about 7.30am, by then the city was already buzzing with people and traffic.

This is our tour leader Ah Fai, a really nice and funny guy. He tells lots of humourous stories about life in Hong Kong and some gossip about the stars. He also says that from the left, he looks a bit like Andy Lau… yeah, rii-iiight… 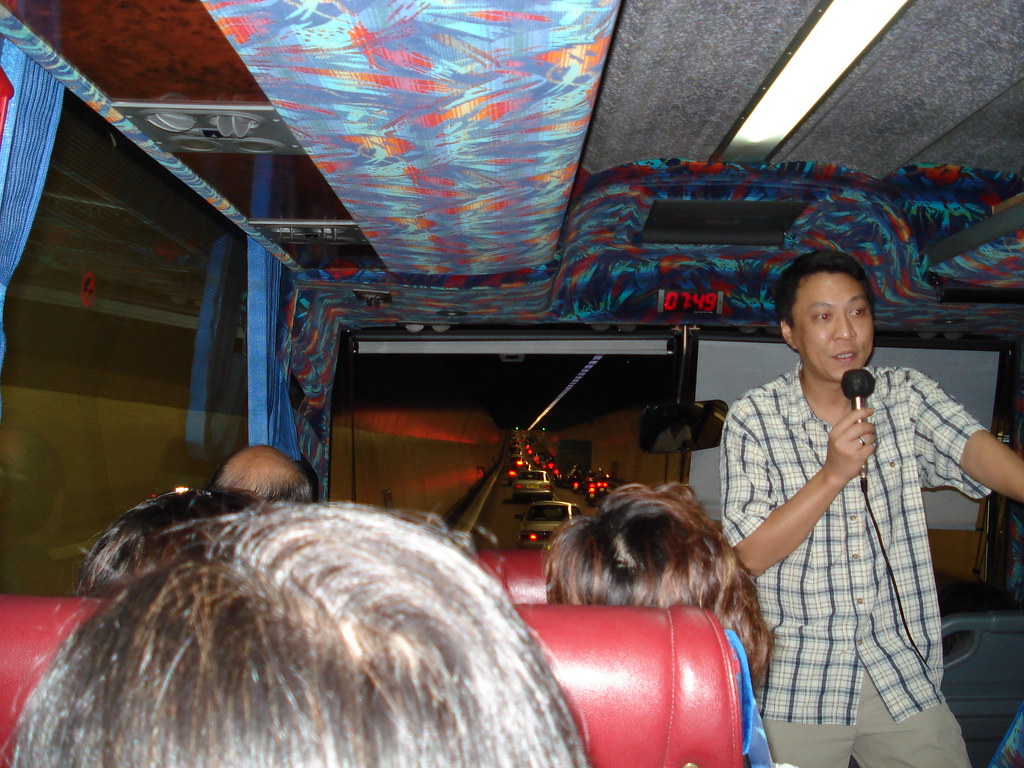 Our first stop was dim sum breakfast. They didn’t tell us they were bringing us there, we wouldn’t have eaten it earlier! Anyway it was to this fairly large restaurant somewhere in Kowloon where they had an awesome array of live seafood displayed in tanks. 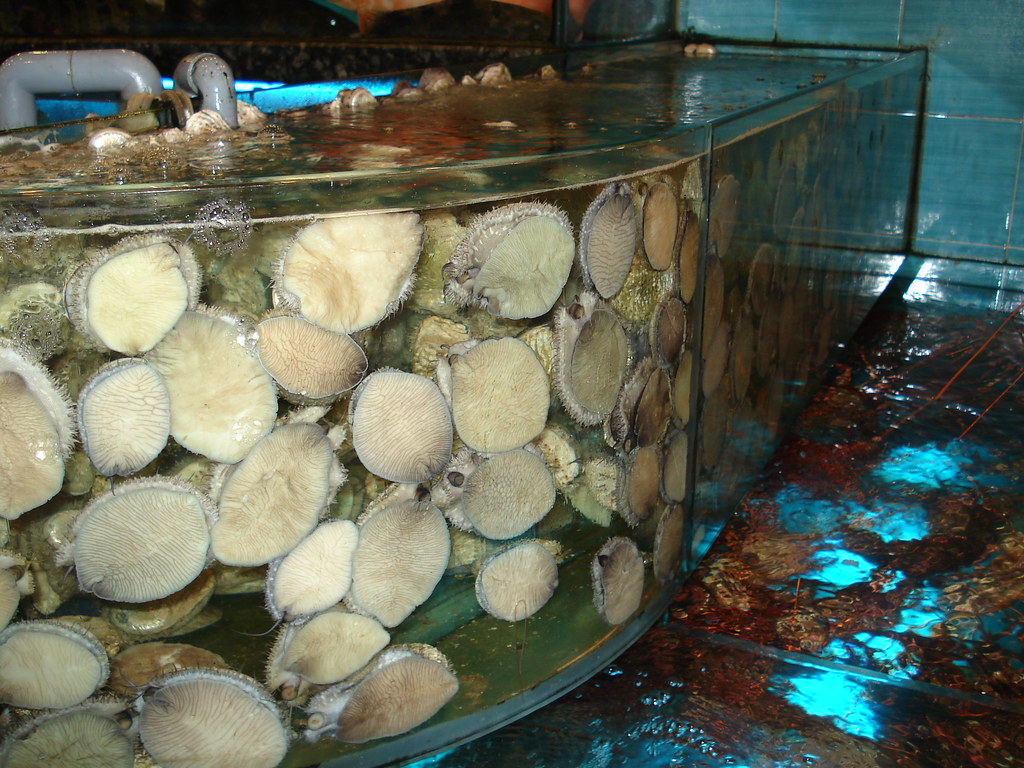 The dim sum was a little different from what we get here, there were 8 varieties to eat, but we weren’t really in the mood to stuff down so early in the morning. But i’d say it was one of the best meals we had on the entire trip.

The first stop on the tour was the The Golden Bauhinia Square in Wan Chai North, just beside the Hong Kong Convention and Exhibition Centre. The view was magnificent, we were on the opposite side of the harbour from where we were yesterday. According to Ah Fai, the Square was laid out like a bird facing North, representing Hong Kong’s return to the motherland, and the Golden Bauhinia monument was at the tip of the bird, and was given by Beijing to the territory. 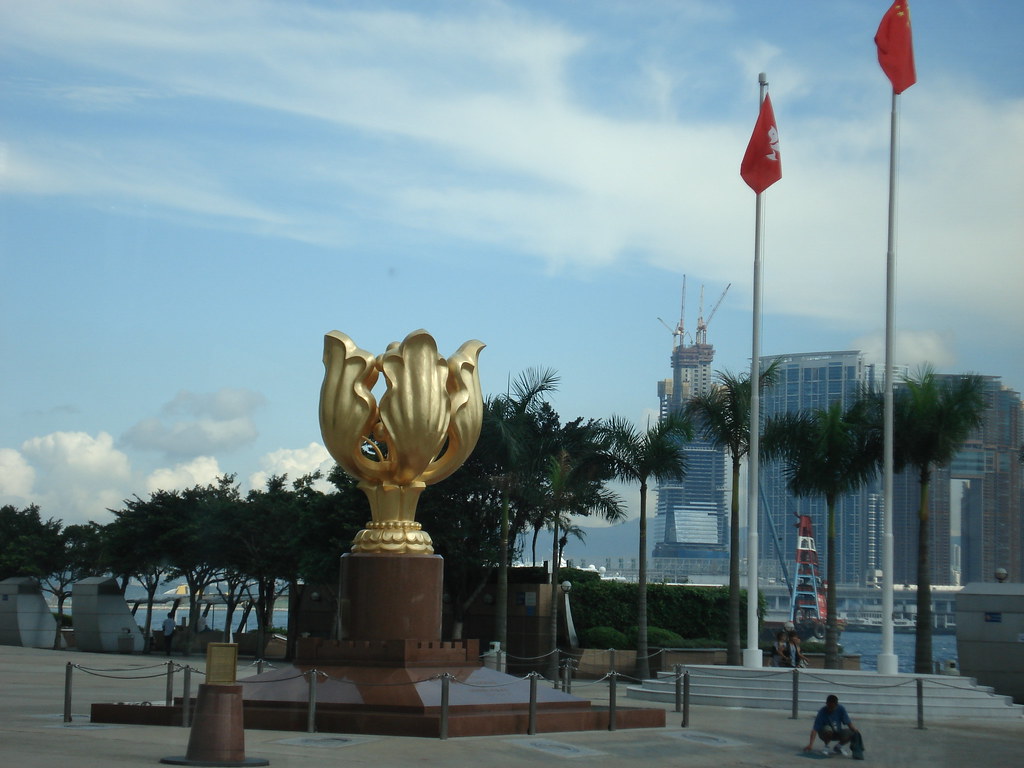 Further down the promenade was this monument. Sorry my China not powderful, no idea what it says.

Then from there we went halfway up to Victoria Peak, where we had another view of the skyline. The tour guide told us that the highest peak we can see on Kowloon in a distance is the famous Lion Rock, or Si Chi San, made famous by the late Roman Tam in his song “Under the Lion Rock”. There was also a TV series in the 70’s with the same name. 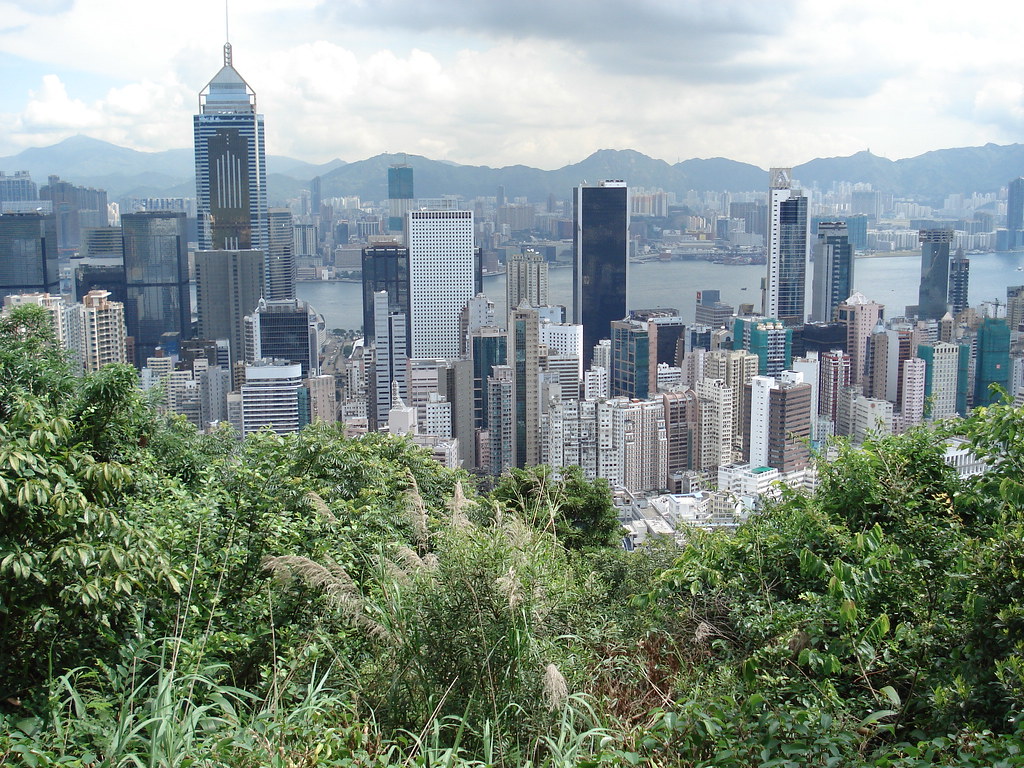 After Victoria Peak, we went to Repulse Bay! There were lots of rich people staying there, and the highest villa shown here is purportedly owned by Jackie Chan. Notice how the peak of the range is made to look like a dragon’s head. 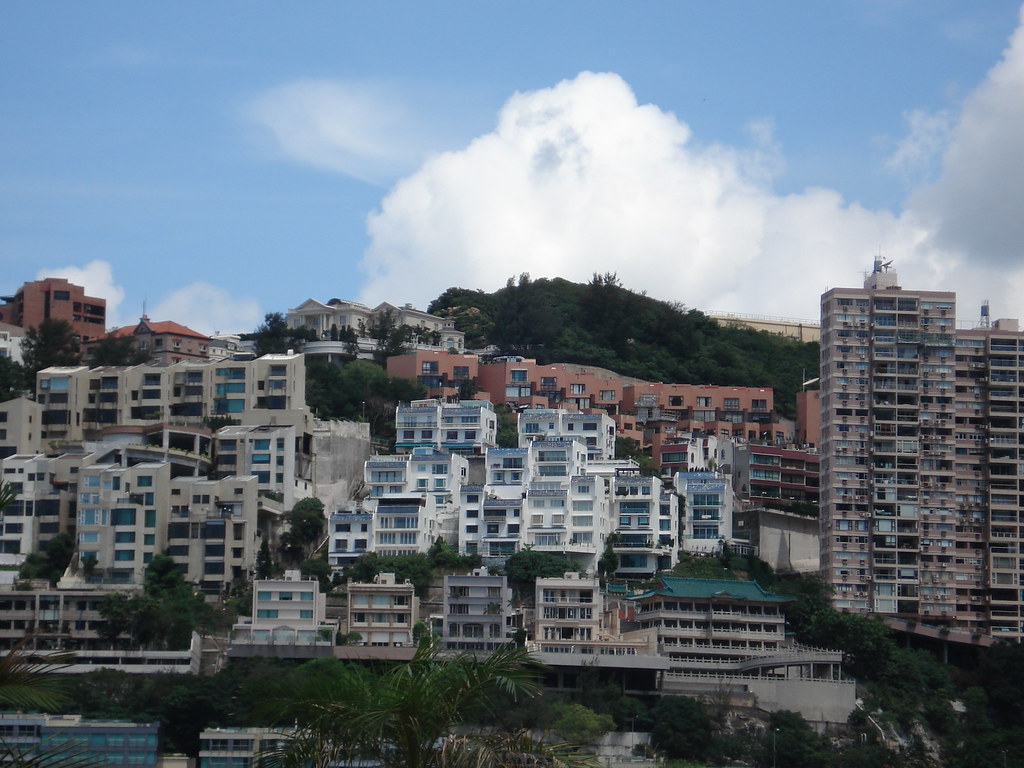 Repulse Bay is also famous for this temple with a lot of deities inside, but the two more popular ones were Goddess of Mercy Guan Yin, and the God of Prosperity. People line up just to rub money on the latter for good luck. 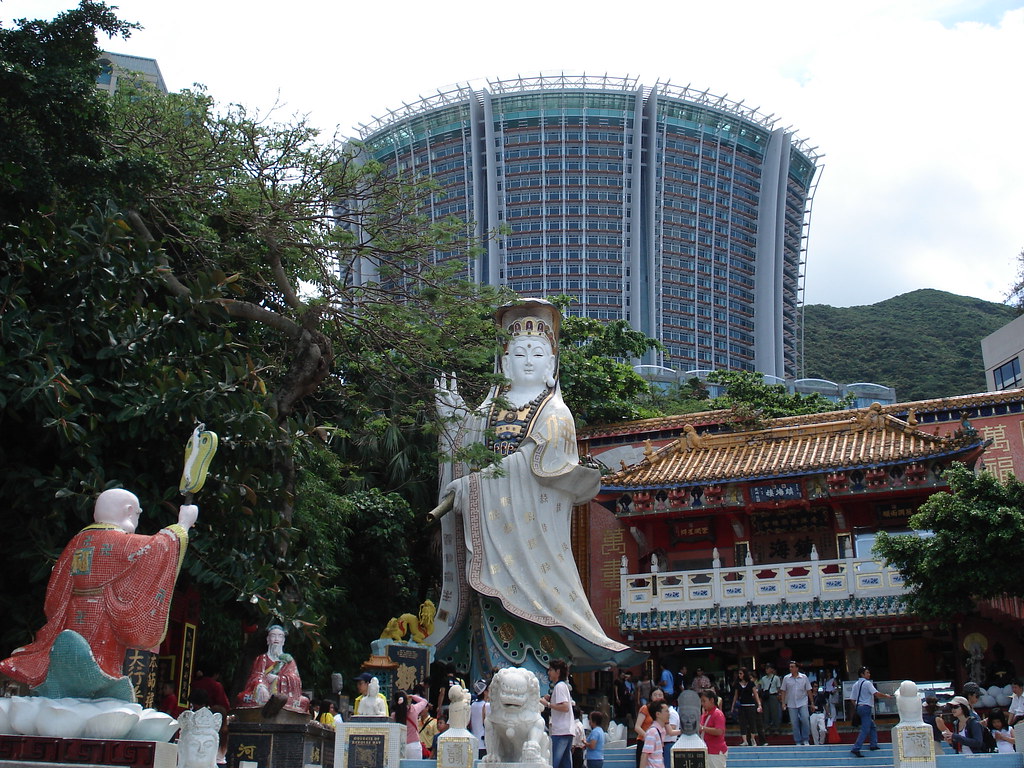 Last stop on the half day tour was Aberdeen. It’s famous for two things – the floating restaurants, and the exclusive yatch marina. 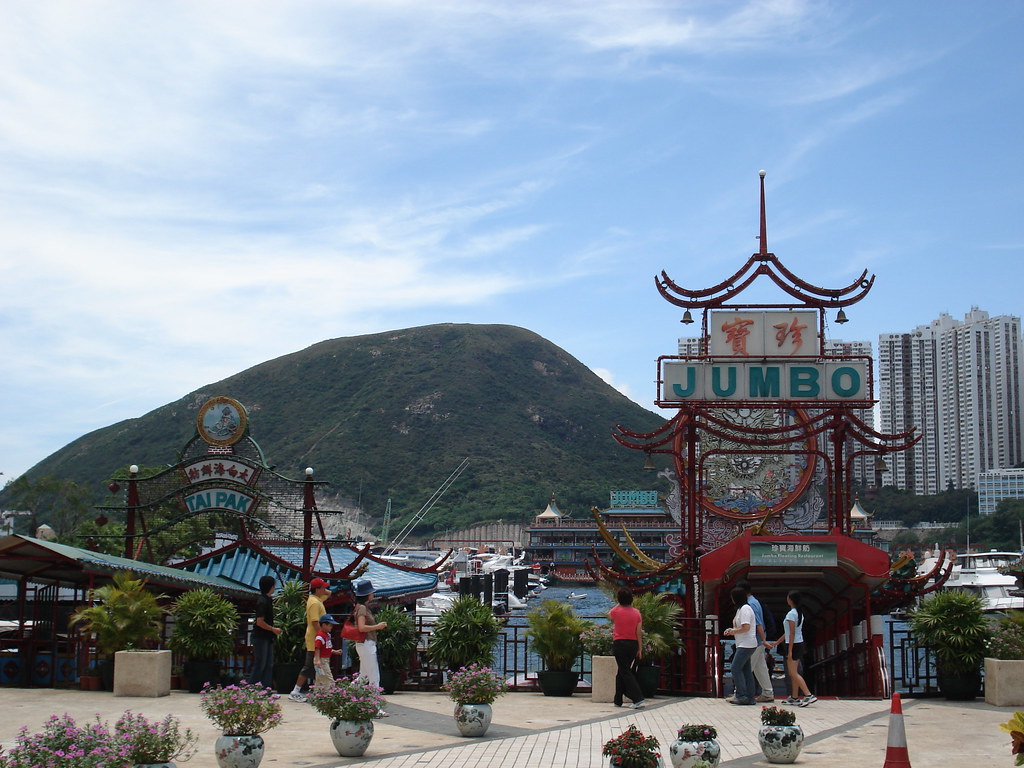 We took a half hour long boat ride around the Bay, where they pointed out all the expensive yatchs owned by the stars. This one is supposed to be owned by Li Ka-Shing. Further out the bay, there are lots of things to see, including the remnants of the boat people, and lots of tankers. 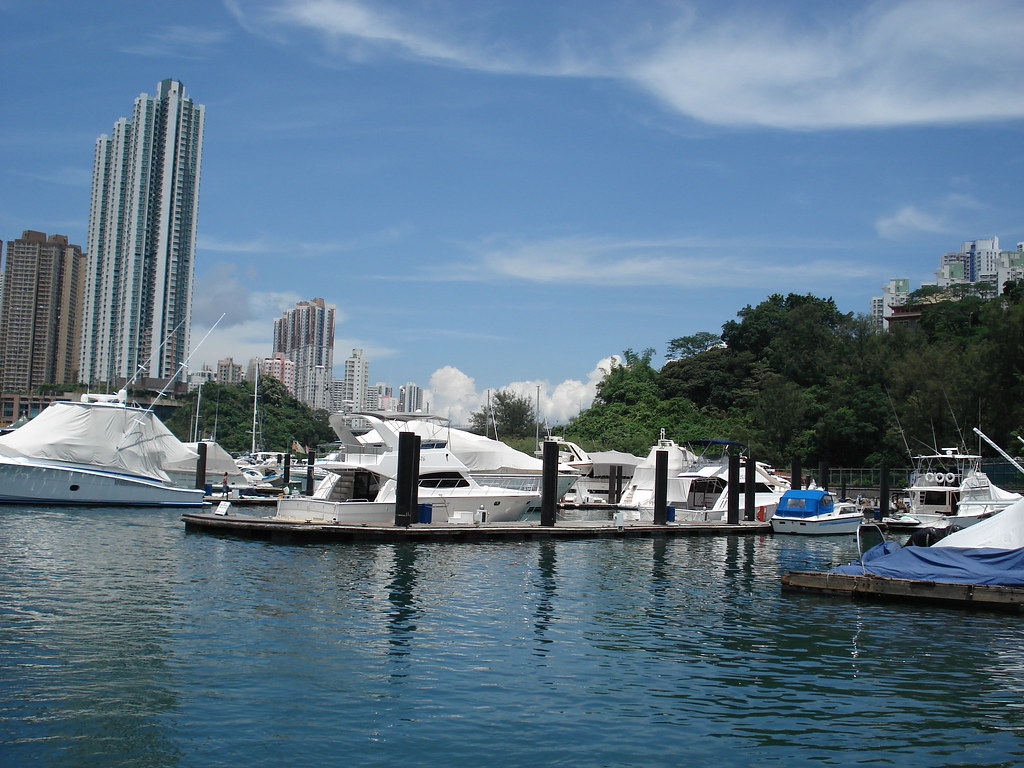 The tour ended with a great lunch in a swanky restaurant. After that we went back to the hotel as we were really tired. Later that night we went to the famed Ladies Market and Temple street, but we didn’t take many photos, save for this of Jordan Street. 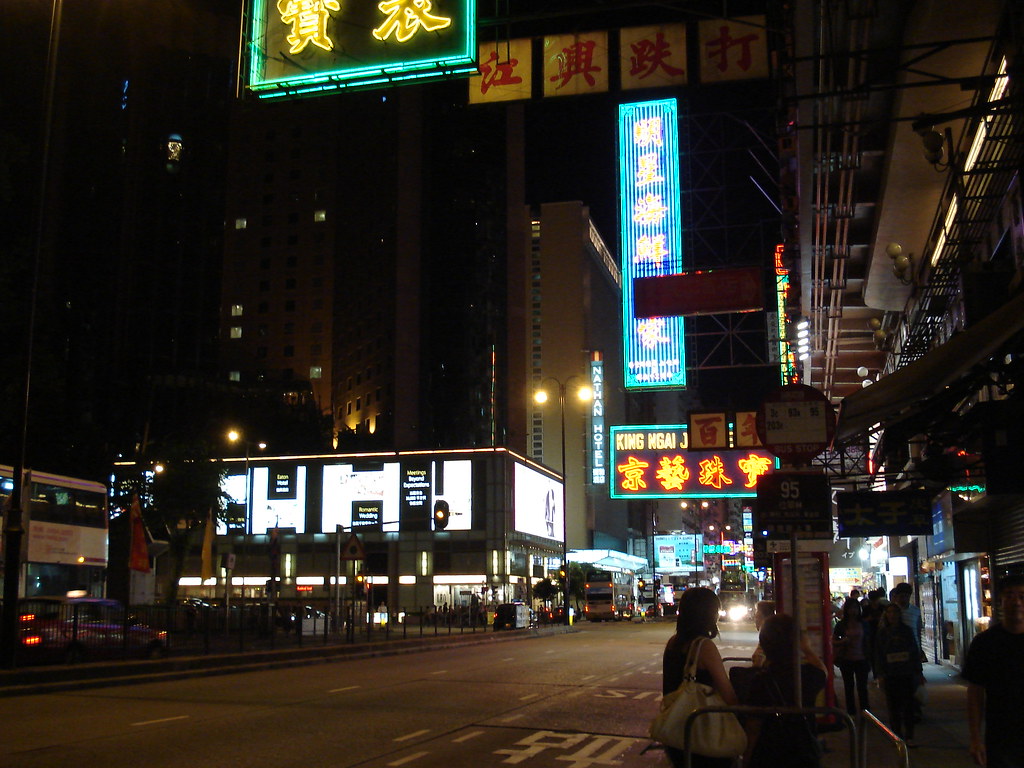