This is part of an ongoing travelogue. To start at the beginning, click here.

So after Sangumburi, we had a few more hours to spare (since we couldn’t go to Udo island). The cold windy weather meant we didn’t want to do anything outdoors. So our driver recommended one of the best museums on the island (according to him), the Jeju Folklore and Natural History Museum.

And you know? My driver was right. This place is pretty impressive! The details the history and folklore of Jeju. 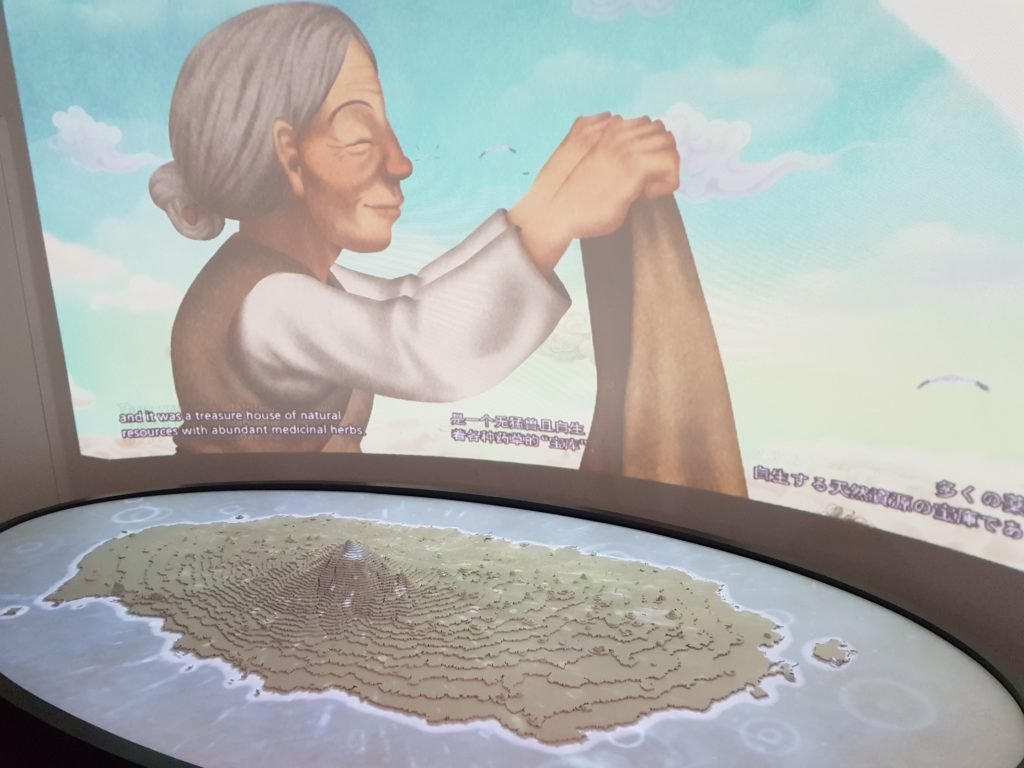 At the entrance there’s a 3-D video presentation running on loop showing the mythical history of how this volcanic island came to be. There’s something about fair maidens and gods. Very impressive stuff.

The museum is divided into different section – one about the geology and rocks, another one about the interesting flora and fauna, then on the early customs of the people. 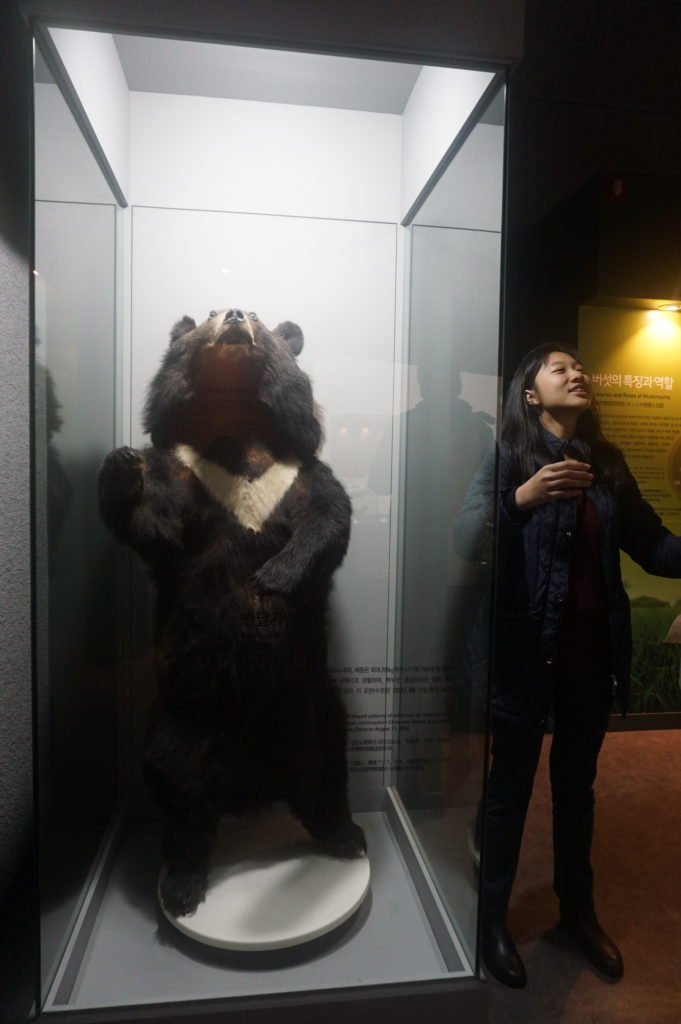 (That’s an awesome bear. The one on the left, too) 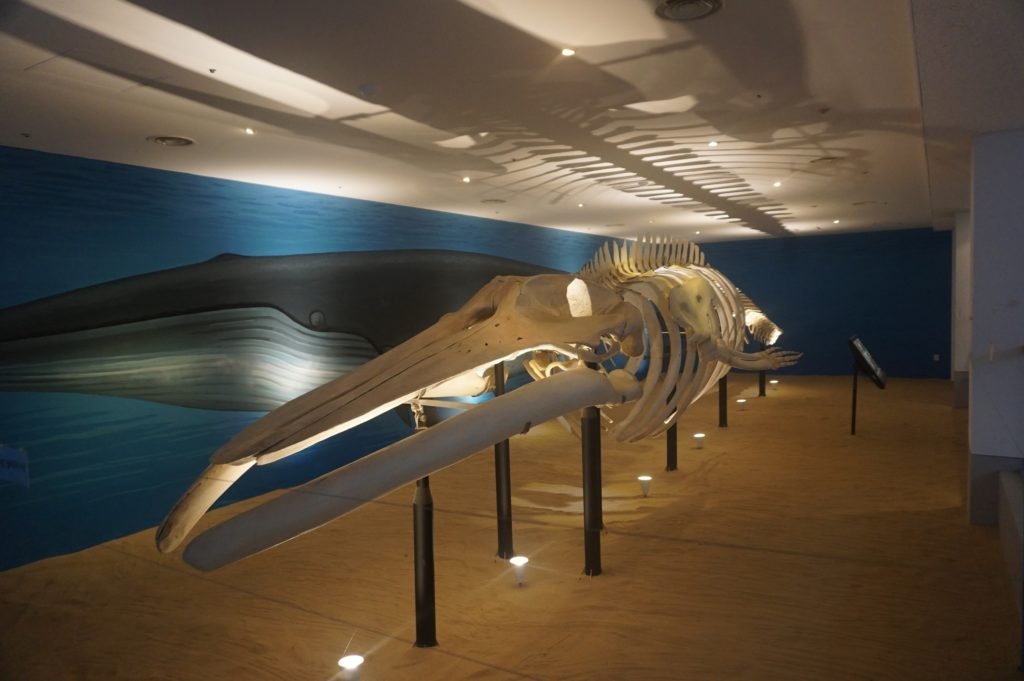 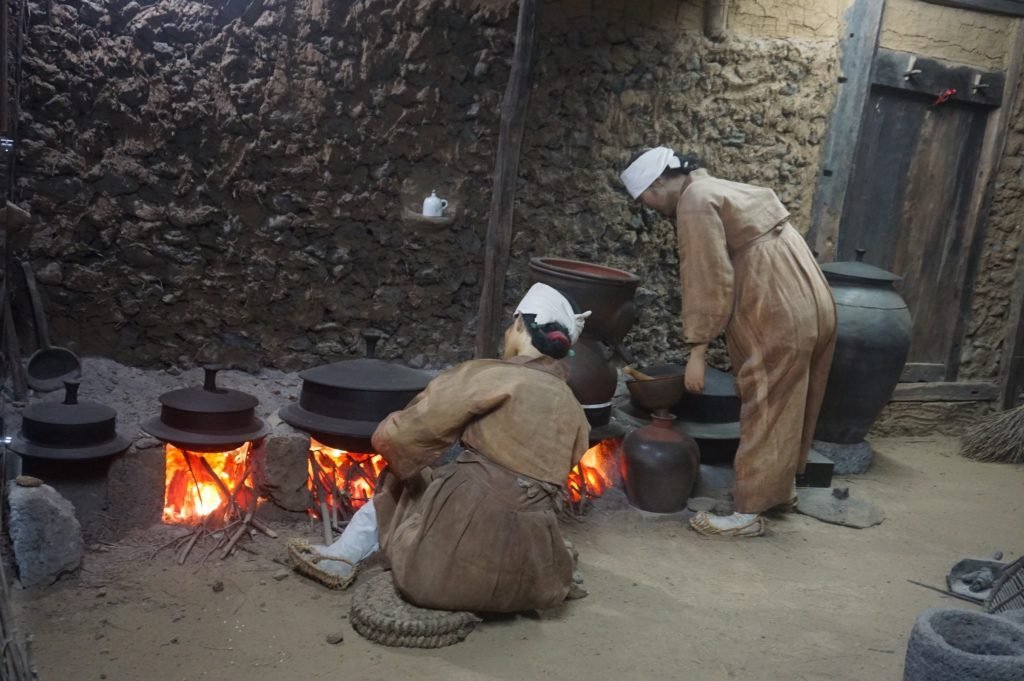 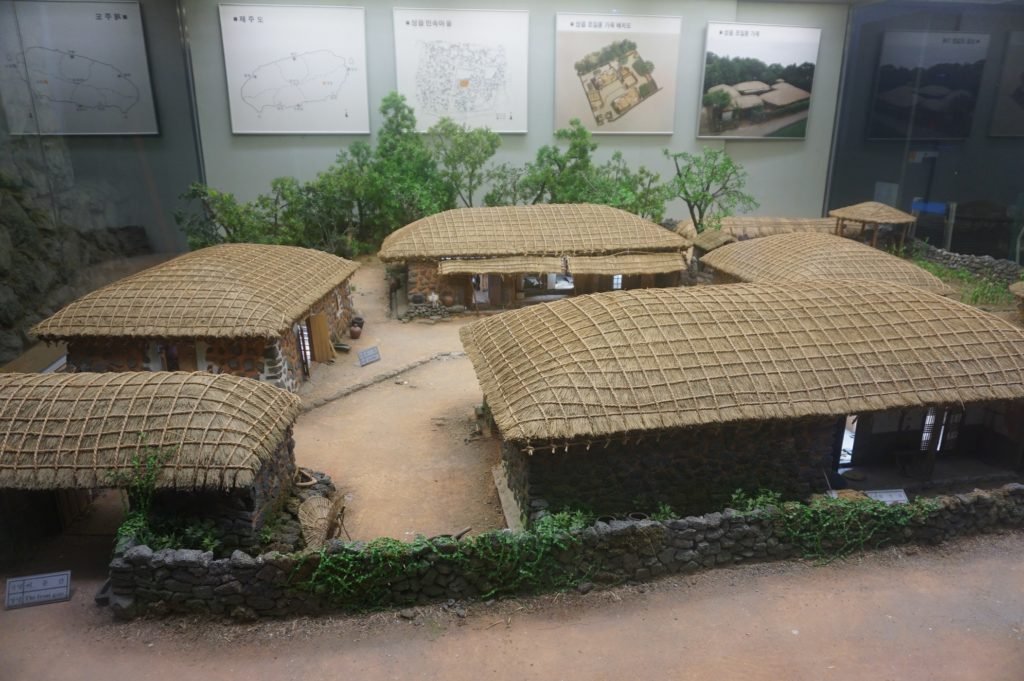 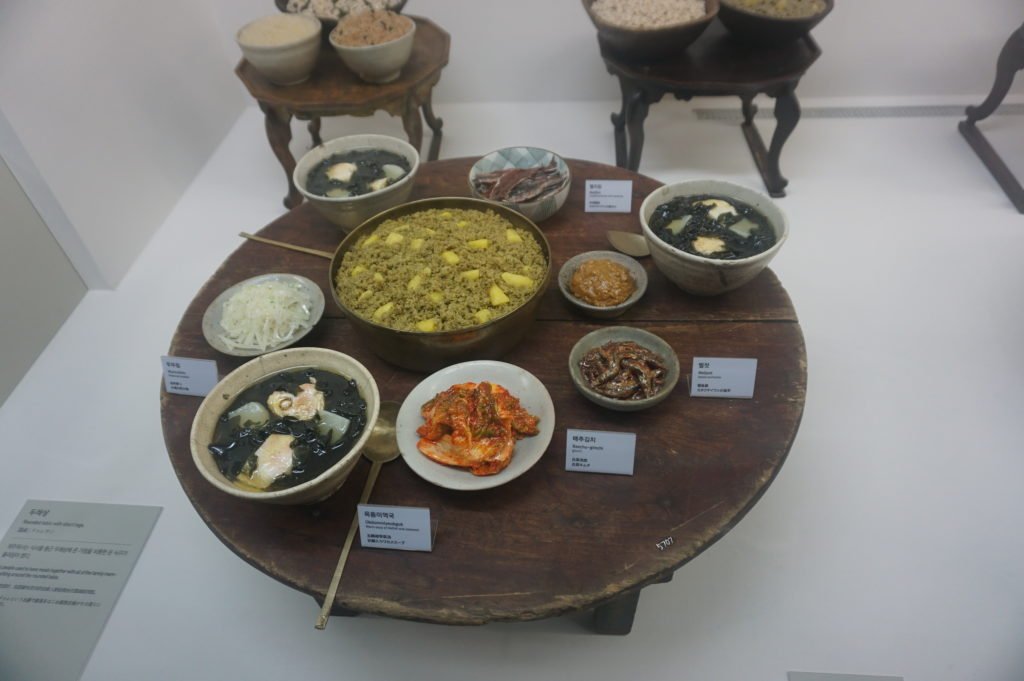 (Traditional Jeju cuisine. Wonder where i can find a restaurant serving this) 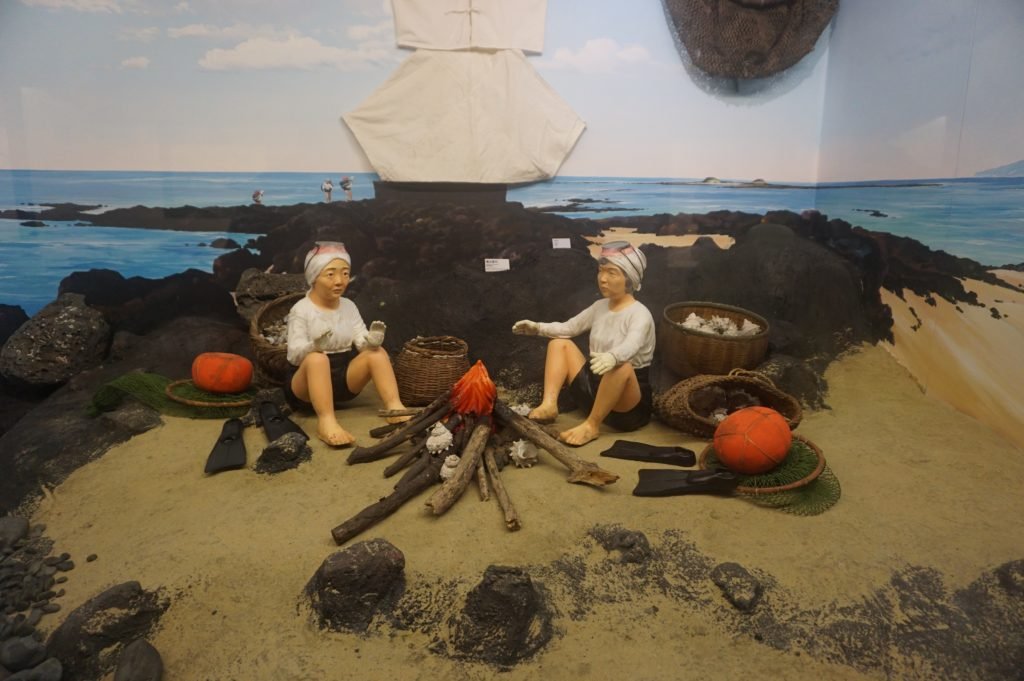 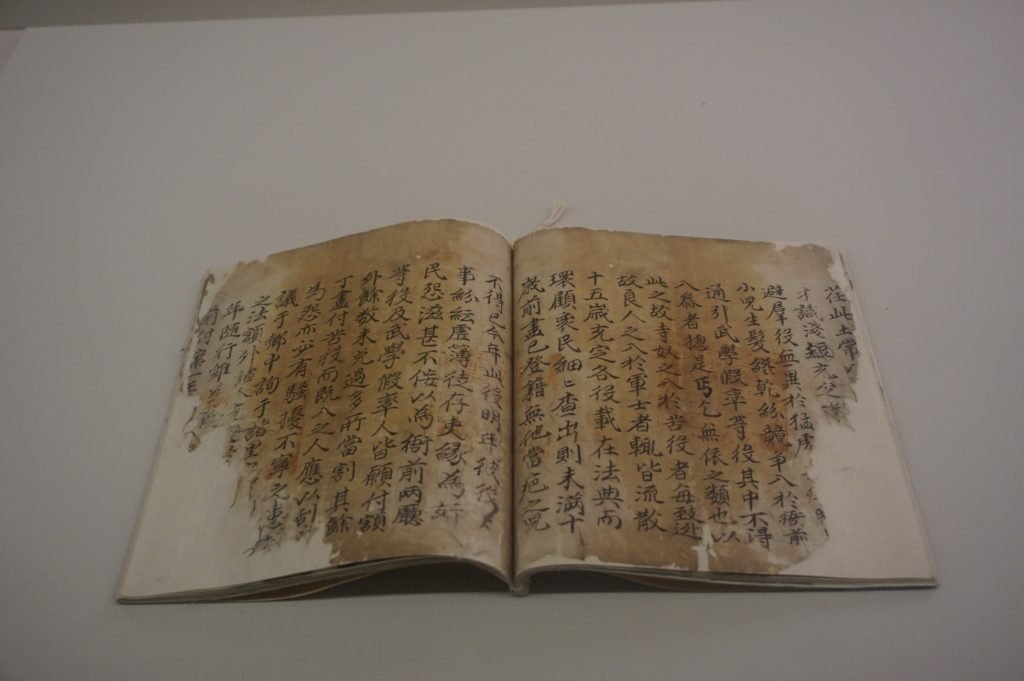 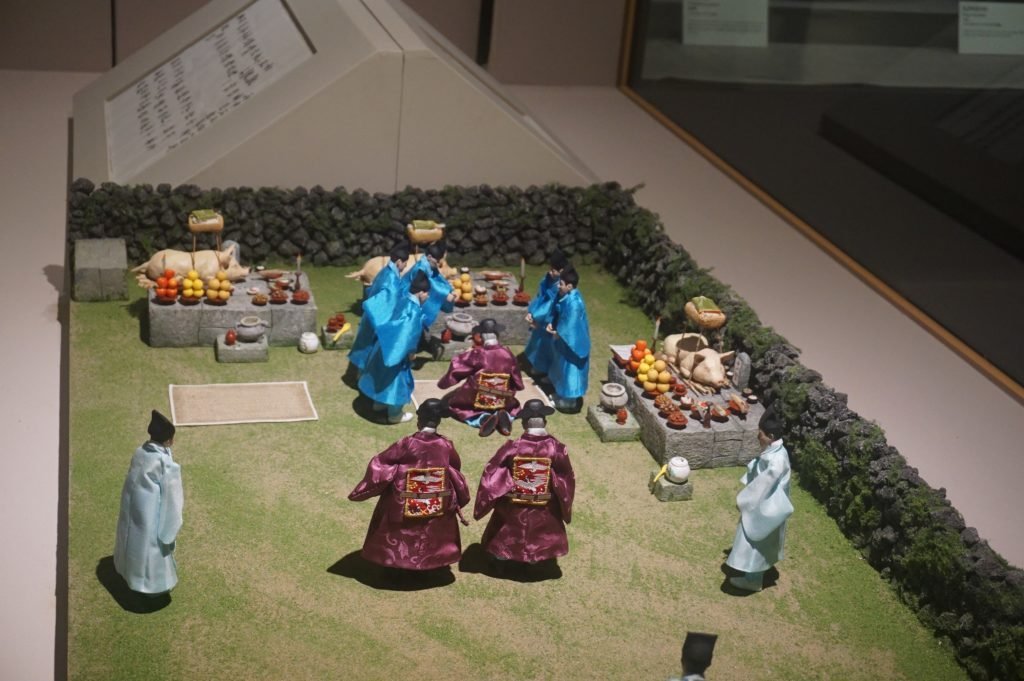 Anyway after a little while at the museum, our driver dropped us off back at the hotel. We went into the city again later to search for dinner. 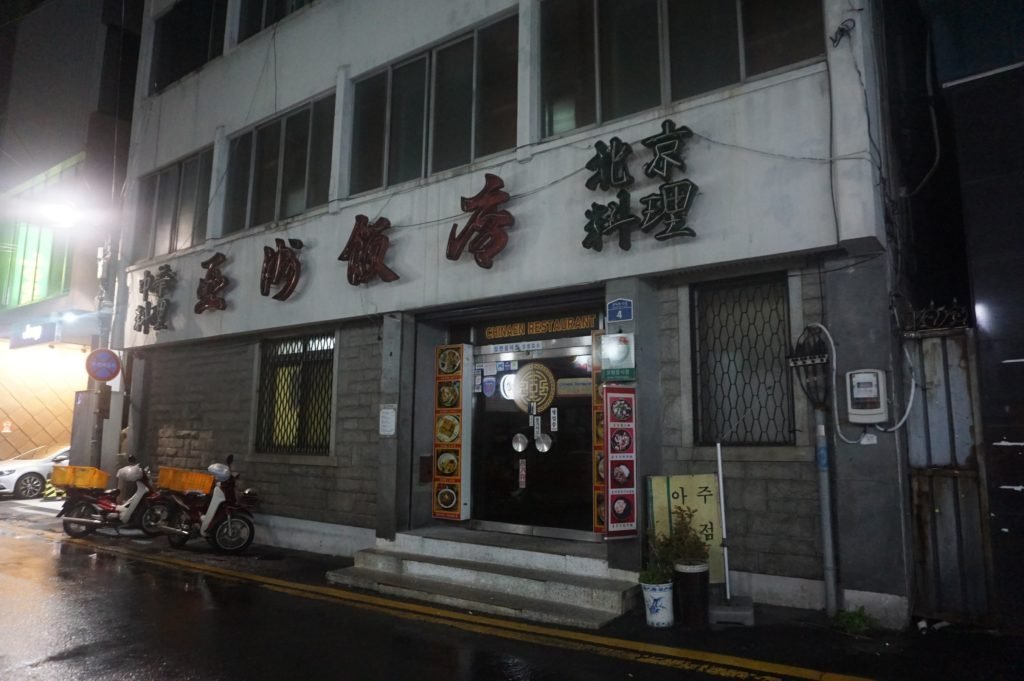 Was looking for this particular restaurant that served jjangjamyeon, but couldn’t find it. In the end, we decided to try this place. We tried their kimchi fried rice, dumpling soup and samgyetang.

After dinner we went to the Dongmun Market and Jungang Underground Shopping Mall again to stock up on foodstuff and souvenirs from Jeju. I guess you can say we bought A LOT of stuff. 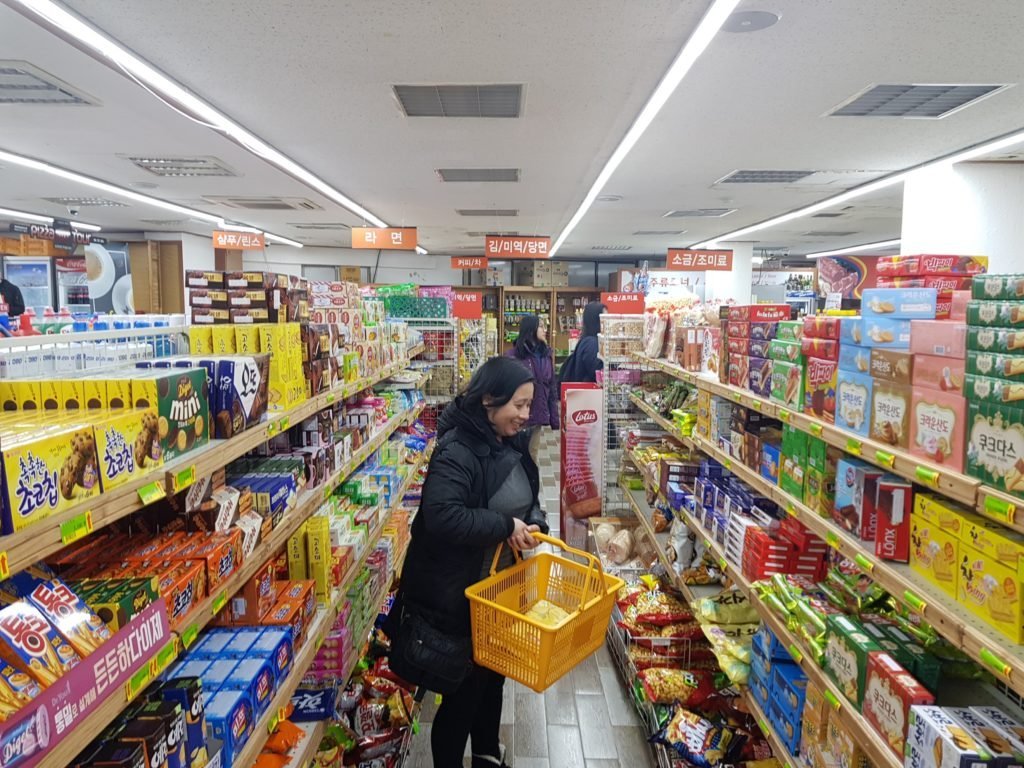 So that was our 2 days in Jeju. We really enjoyed our island, even though we didn’t get to visit Udo. We’re pretty sure we will come back to this wonderful island.

Next – back to Busan