The initial plan today was to visit the island of Udo, a little cow-shaped island off the bigger island of Jeju. But due to the extremely strong winds and choppy waves, all ferry services to Udo were suspended that day. Alas, maybe our next trip.

Our driver took us to the seaside, and we went outside to experience the wind. It was VERY strong, it took a little effort just to stand up straight. Seagulls can be seen flying in a stationary position. 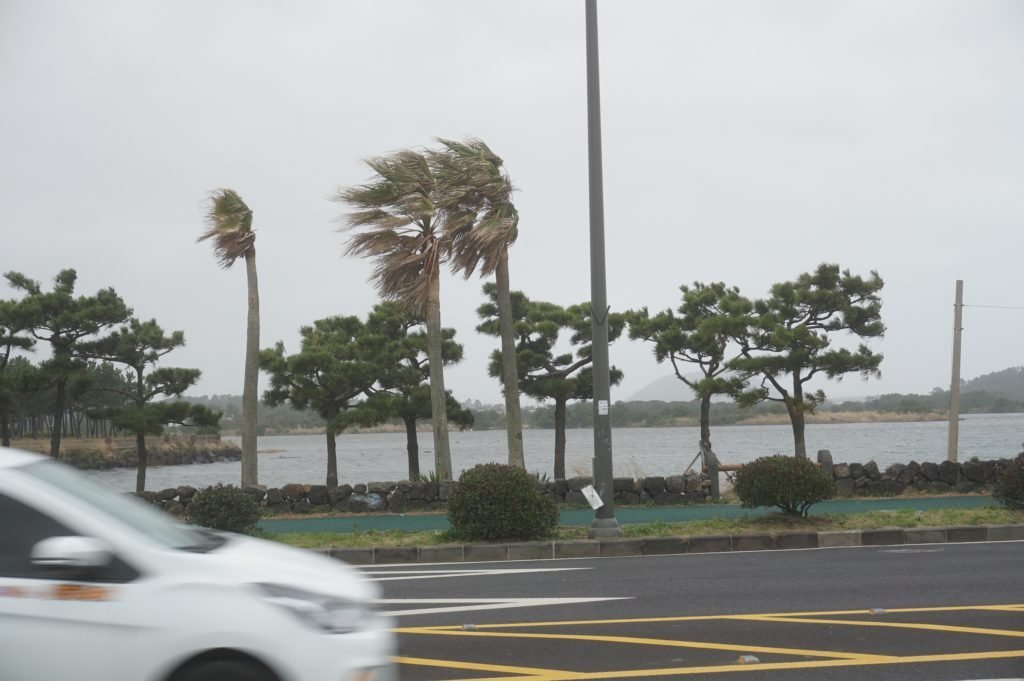 From the beach, we could see Seongsan Ilchulbong, shrouded in mist. Two years ago we climbed up to the crater peak in the rain. 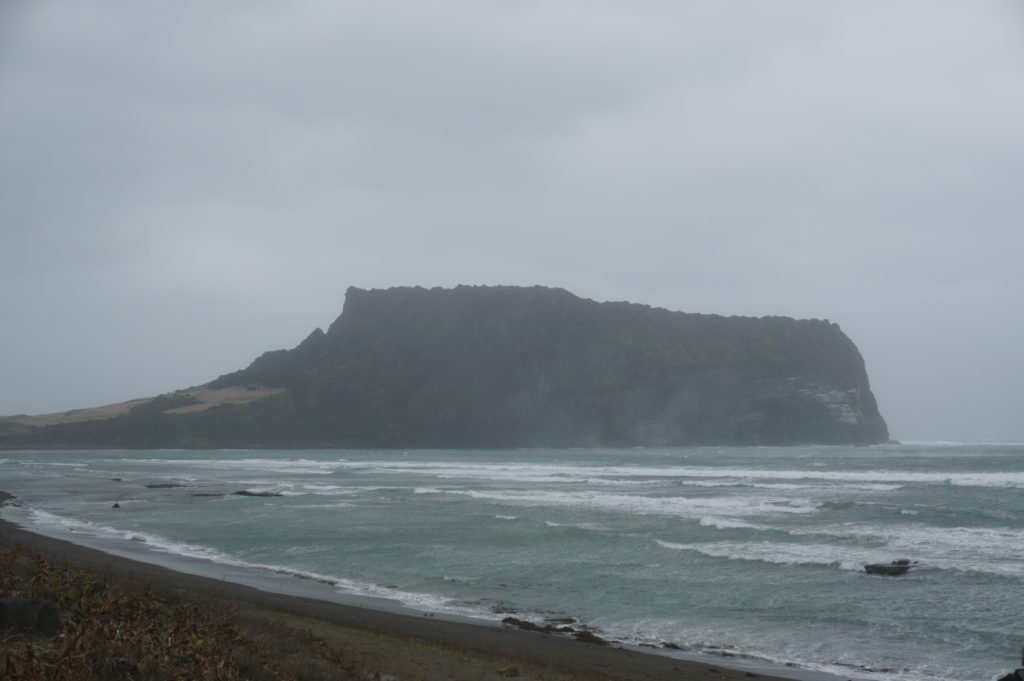 Along the beach there are lots of canola farms to attract tourists. They’re not in full bloom yet, but they still look nice. This farm charged a small fee for entering to take pics, but we didn’t pay heheh. 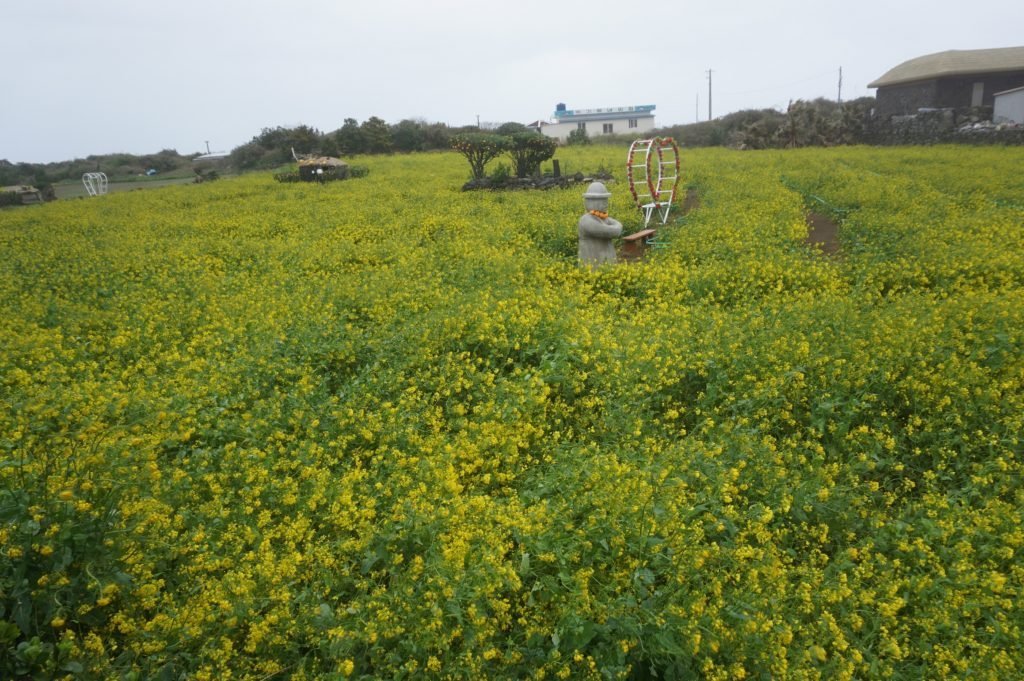 Next stop was Sangumburi Crater. This is a crater of a dormant volcano, that is now a Natural Monument. The 2km diameter wide crater is now overgrown with a variety of trees and shrubs, due to the fertile soil inside the crater. 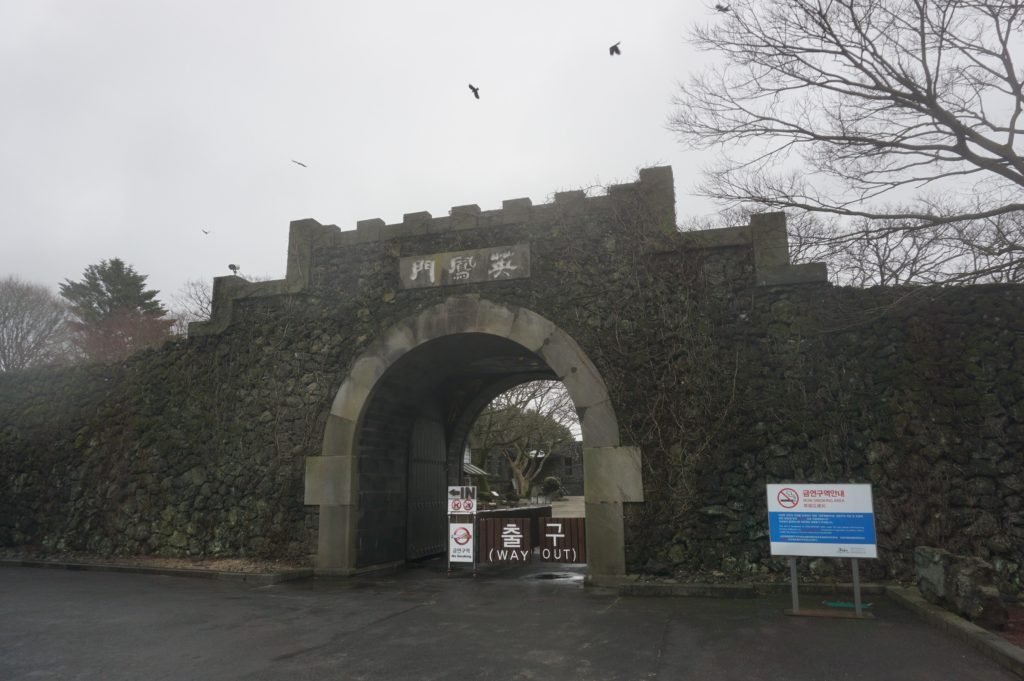 The weather was cold and misty throughout the day, though it didn’t rain.

It was early afternoon, and we hadn’t had any food since the abalone porridge this morning. Good thing there was a small cafeteria and kiosk selling snacks. 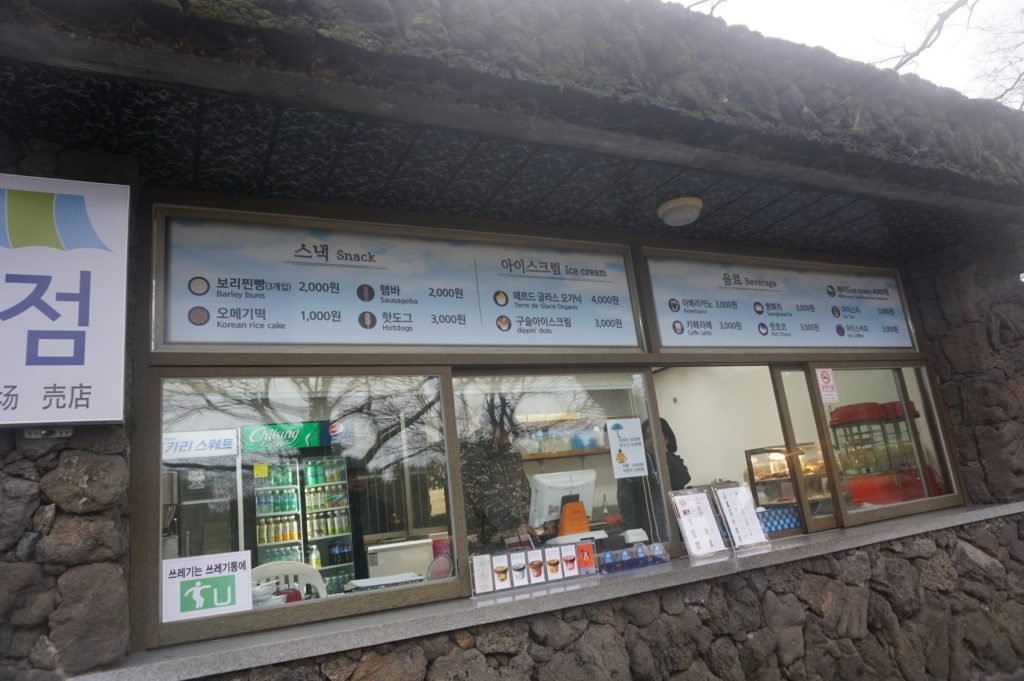 A good time to try some local snacks. The sausage on the stick was quite nice. Just a little snack to fill our stomachs. It is a short and easy climb up the volcano to see the crater. 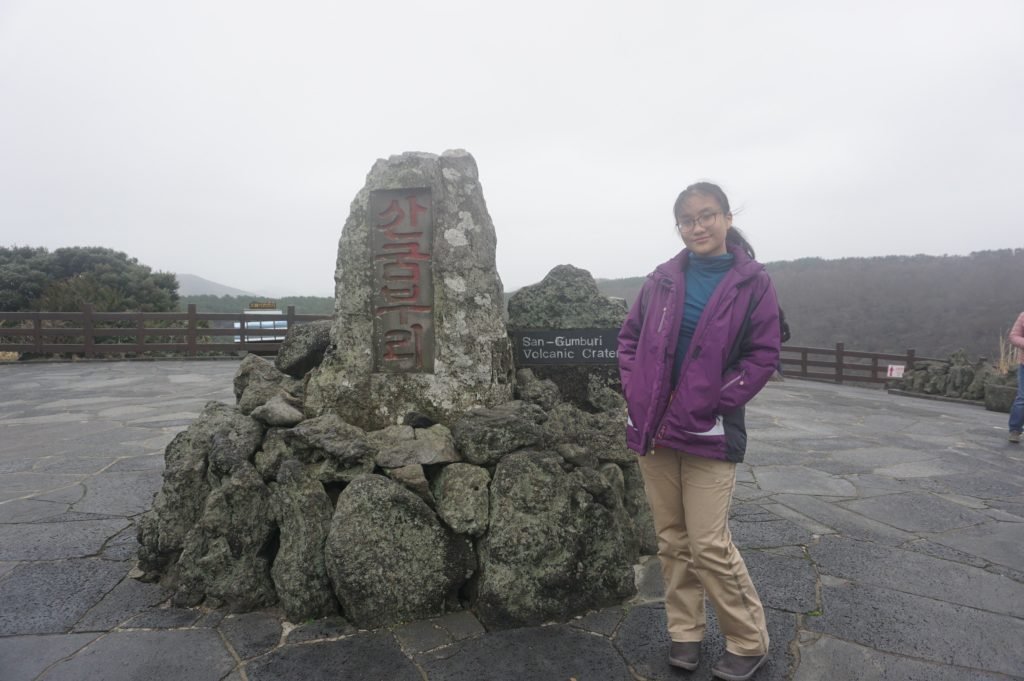 You can take the direct route, or the scenic route. The latter is slightly longer but less steep, but affords a nice view of the countryside around. 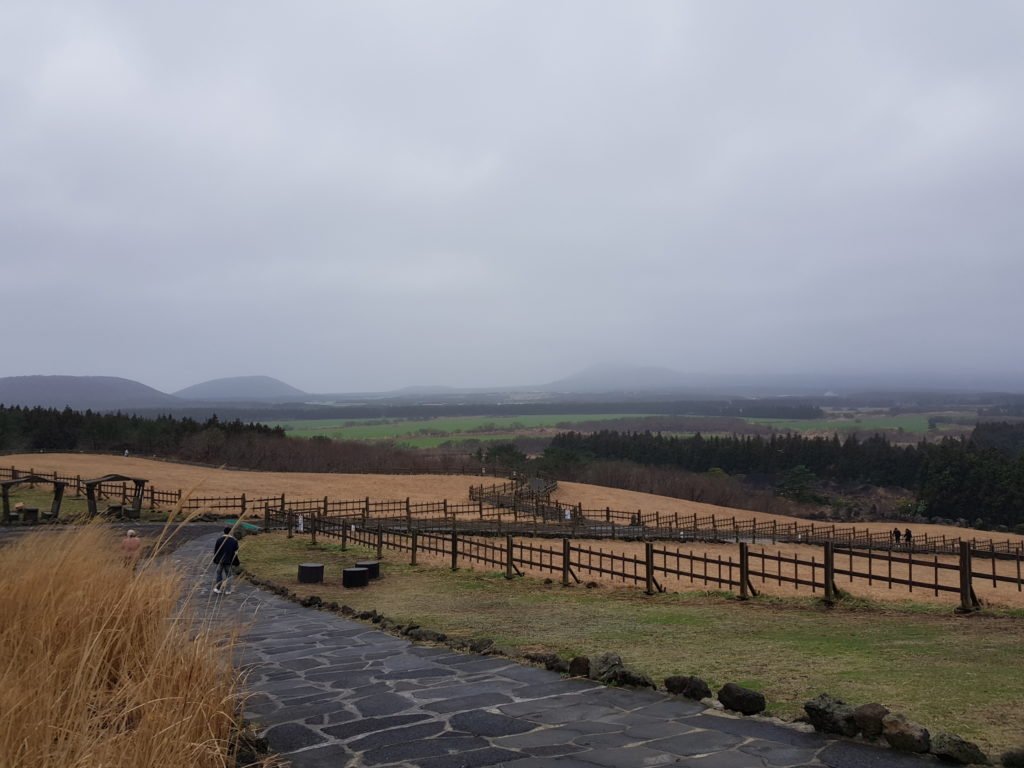 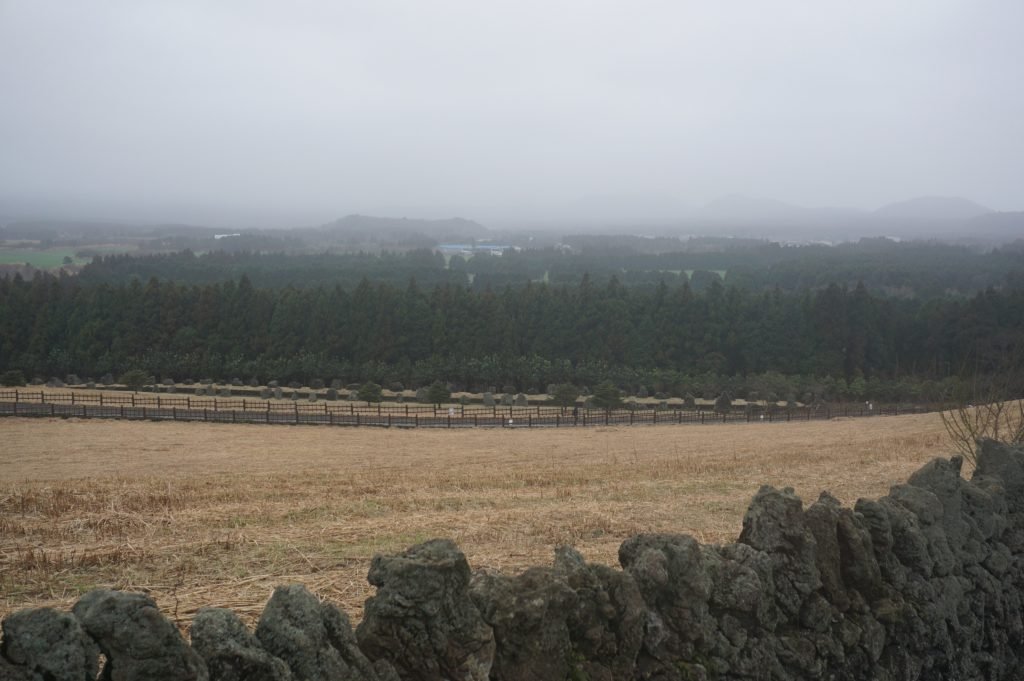 When reach the peak, you can see the crater filled with trees. There is a pathway around the entire perimeter. 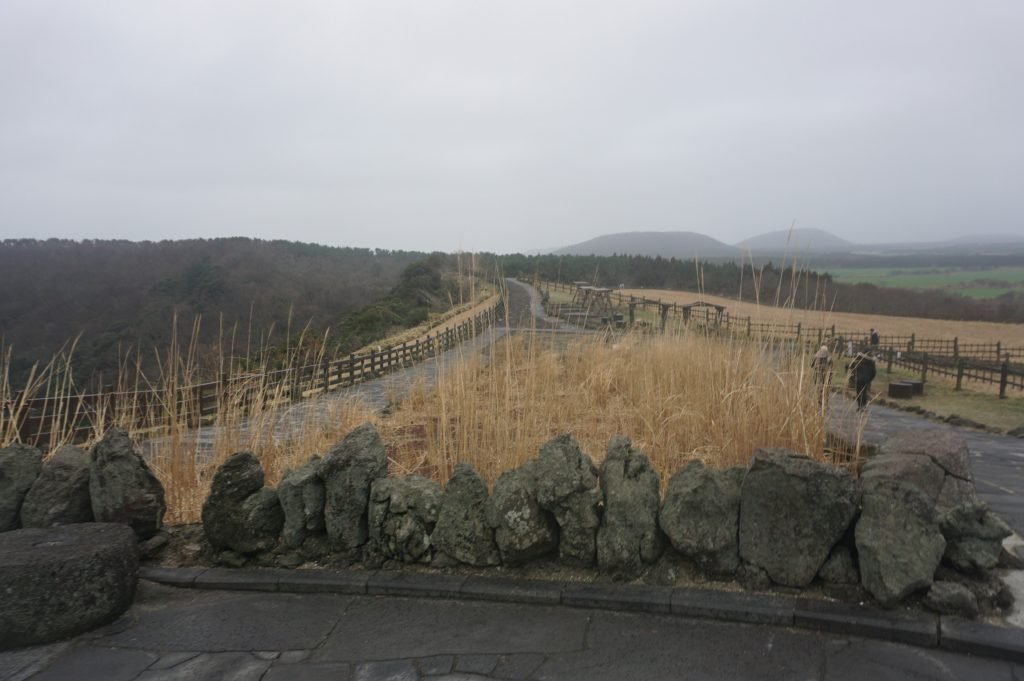 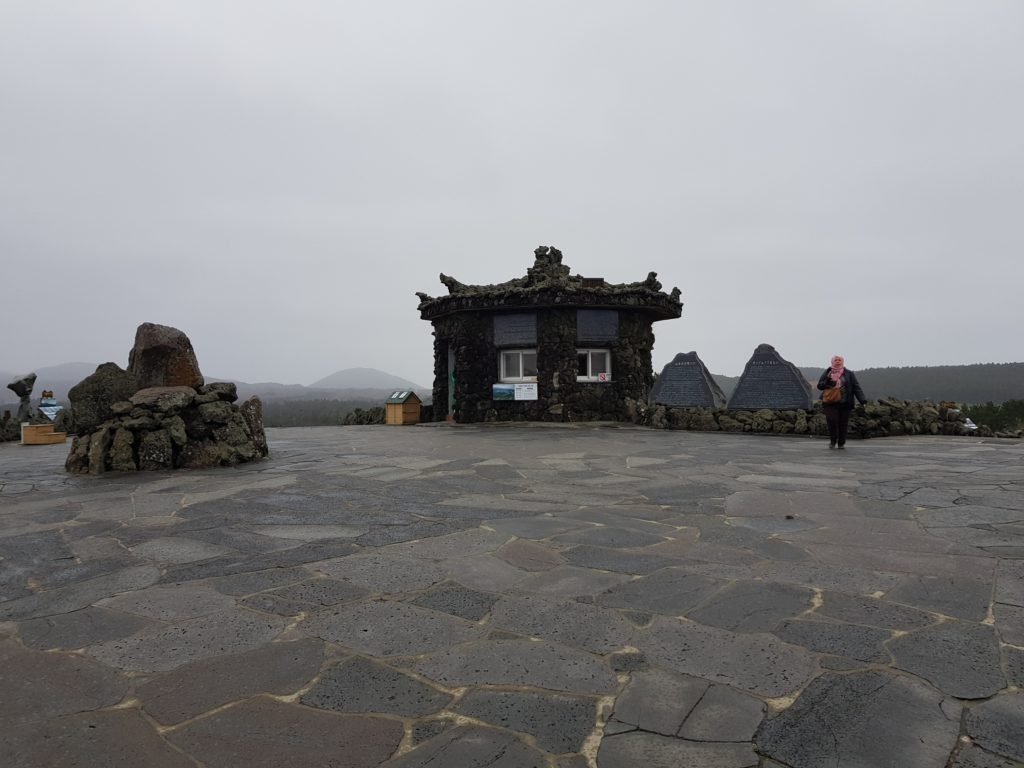 Other than admire the scenery, there isn’t really much to do. So we came back down and headed for the cafeteria. The cafeteria served drinks. For food they had a variety of seafood hotpot dishes, but we opted for a large plate of halmae pajeon. Very delicious. 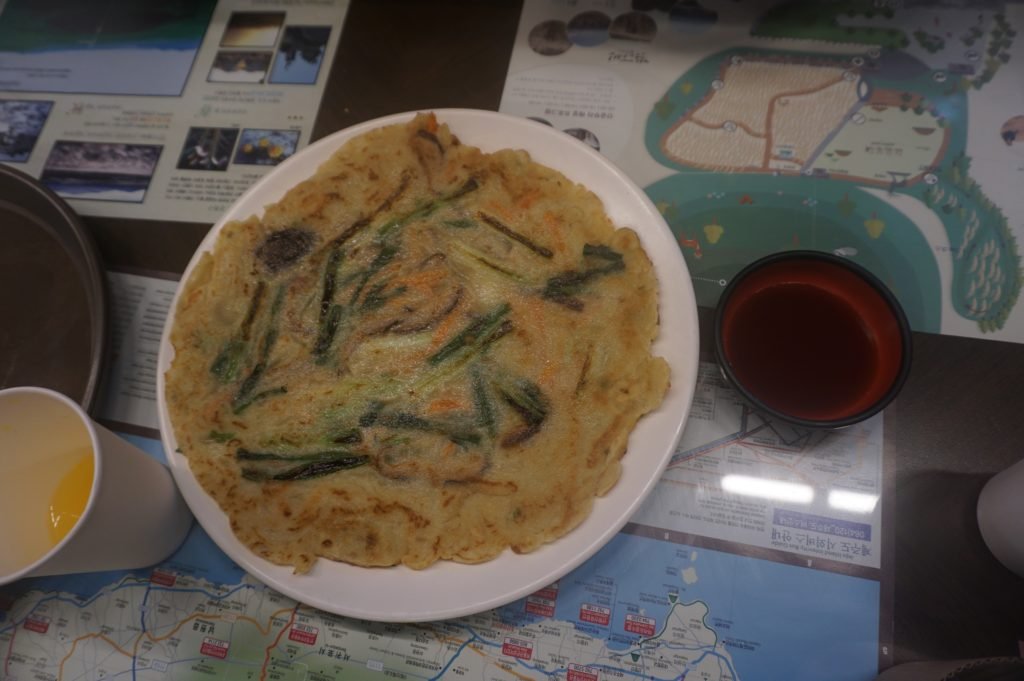 Also some coffee and hallabong tea to recover from the cold. The tea was very nice. After our late lunch, tried another variety of the corndog sold by the cafeteria. This one is coated in almond flakes. 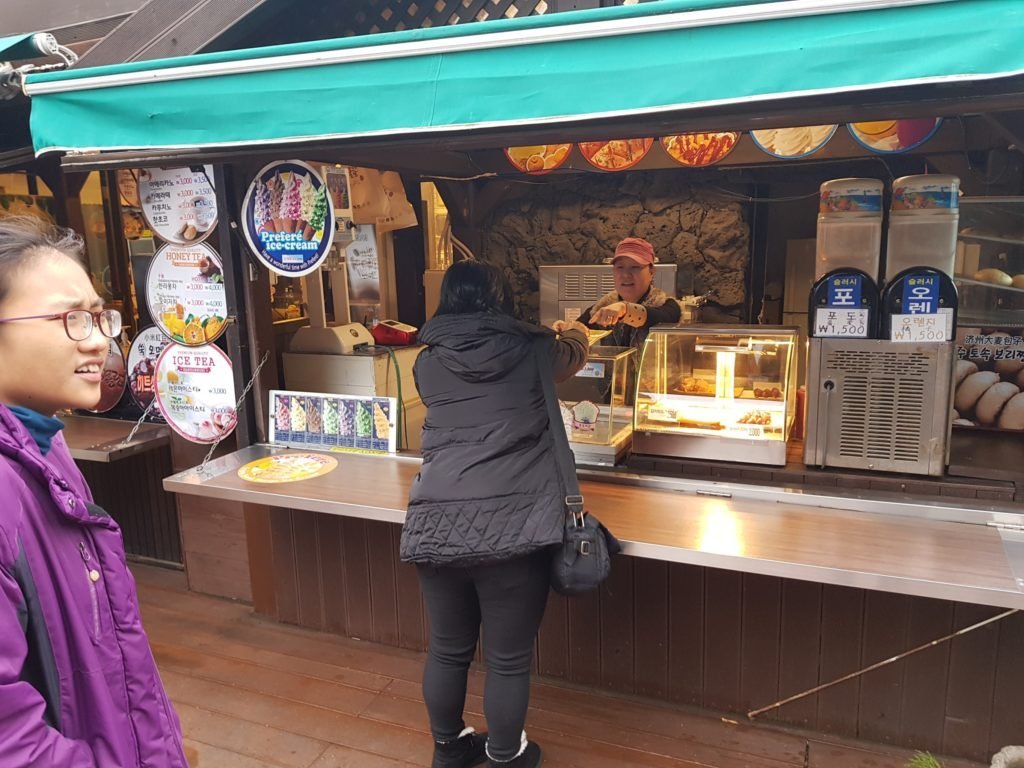 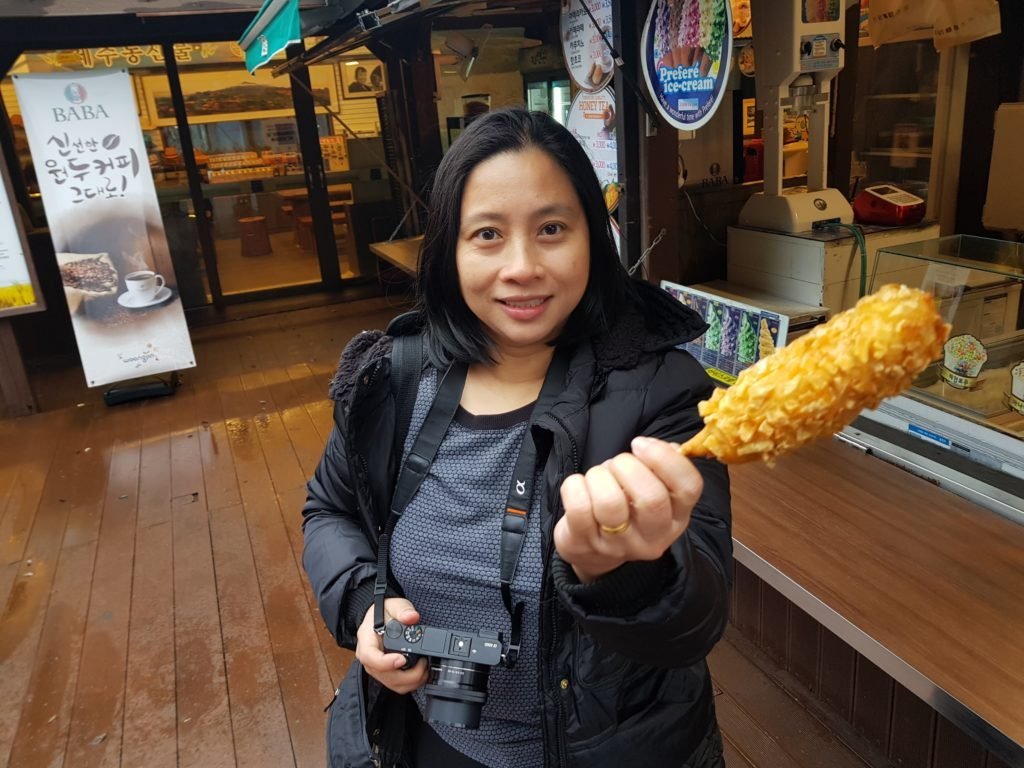