After the workout of Manjanggul Caves, we went just down the road to Mazeland. This park is large, er… maze. Just like those in medieval castles in Europe. It sounds really boring but its quite fun especially with friends and family. So many family of 4 big kids went for it.

There is another called Gimnyeong Maze Park somewhere nearby, but we chose this one as it was featured in my daughter’s favourite show, Running Man. 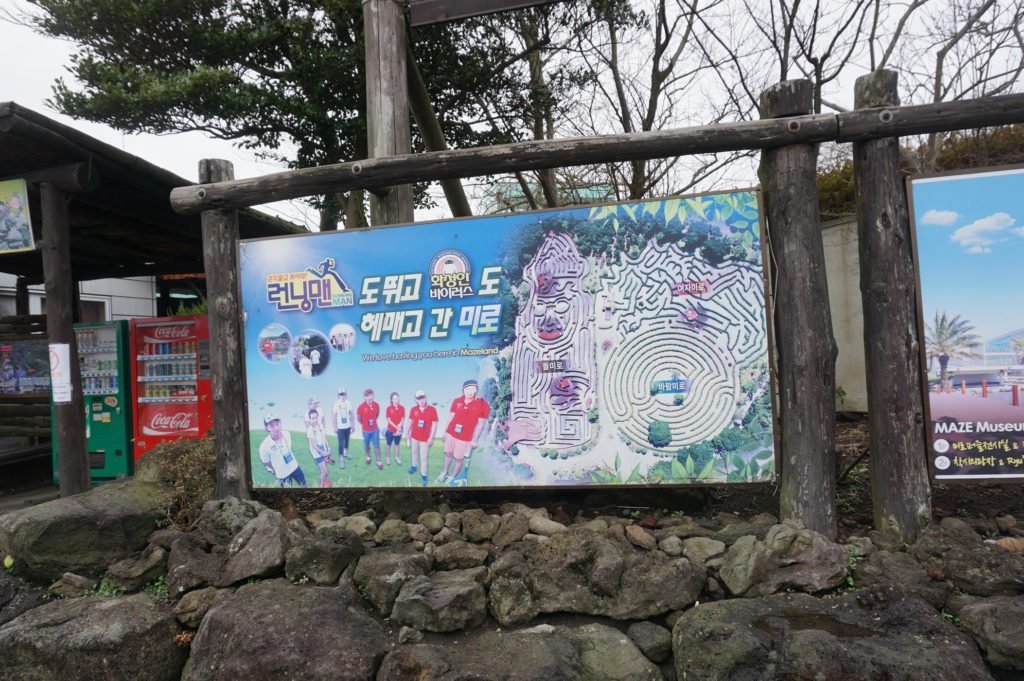 We also found out it featured in a TV show called ‘Legend of the Blue Sea’ starring Lee Min-ho and Jun Ji-hyun. Good to know. 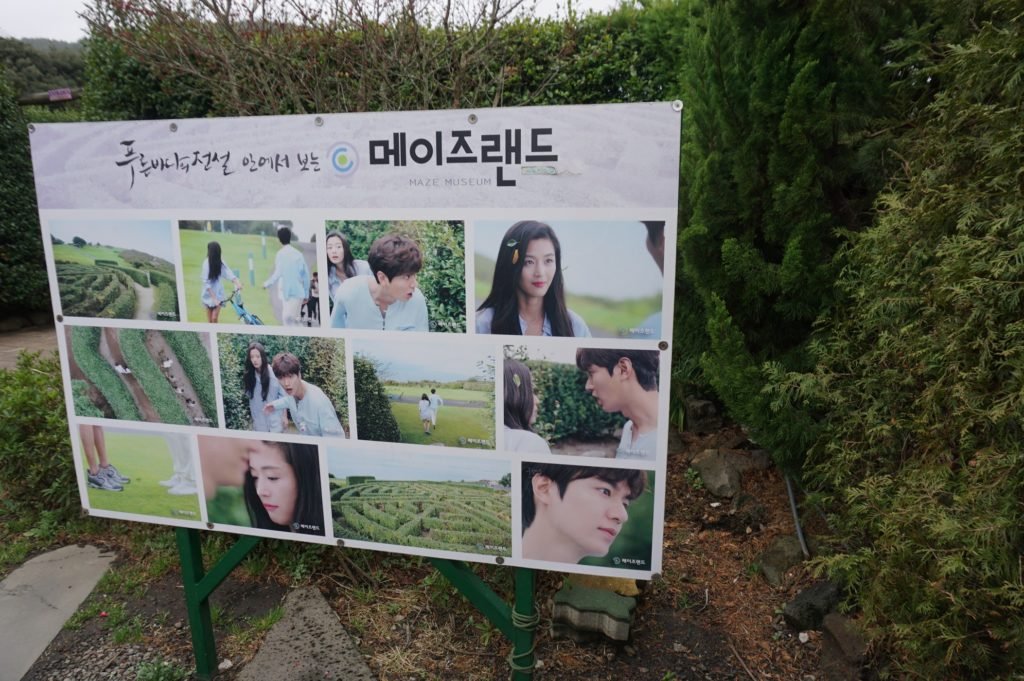 Past the ticket counter, there is a nice park with pond decorated with sculptures carved from local volcanic rocks. Most of the parks in Jeju are similar in this sense. The building houses a museum and other amenities which we will see later. The main attraction is the two large mazes made of hedges and stone. One is a traditional circular maze while another is shaped like a Jeju grandfather. Some other mazes were closed. 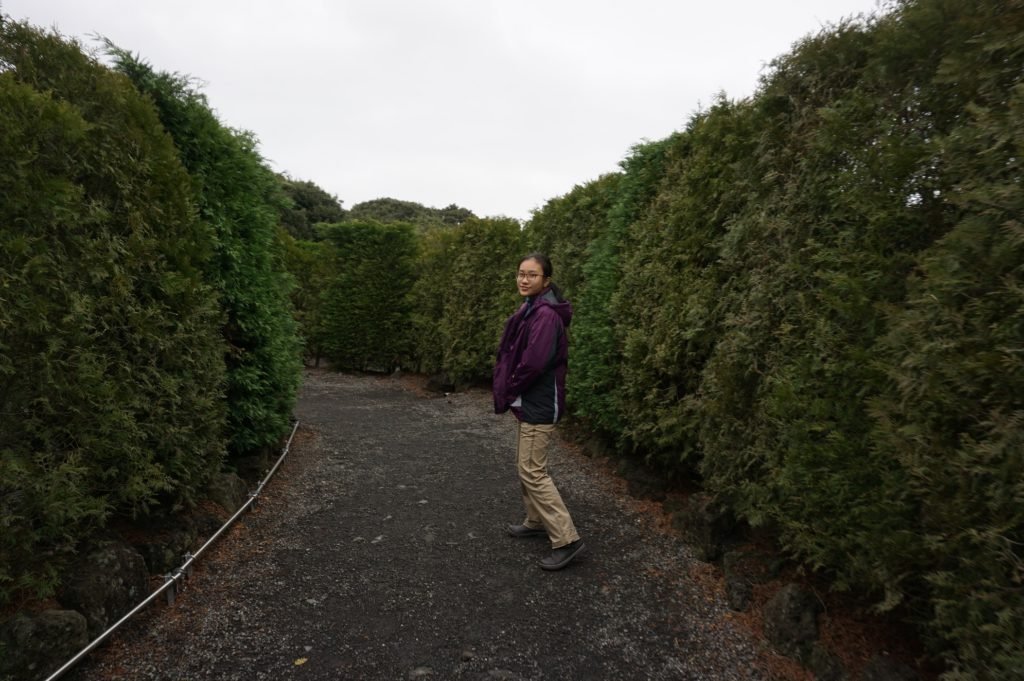 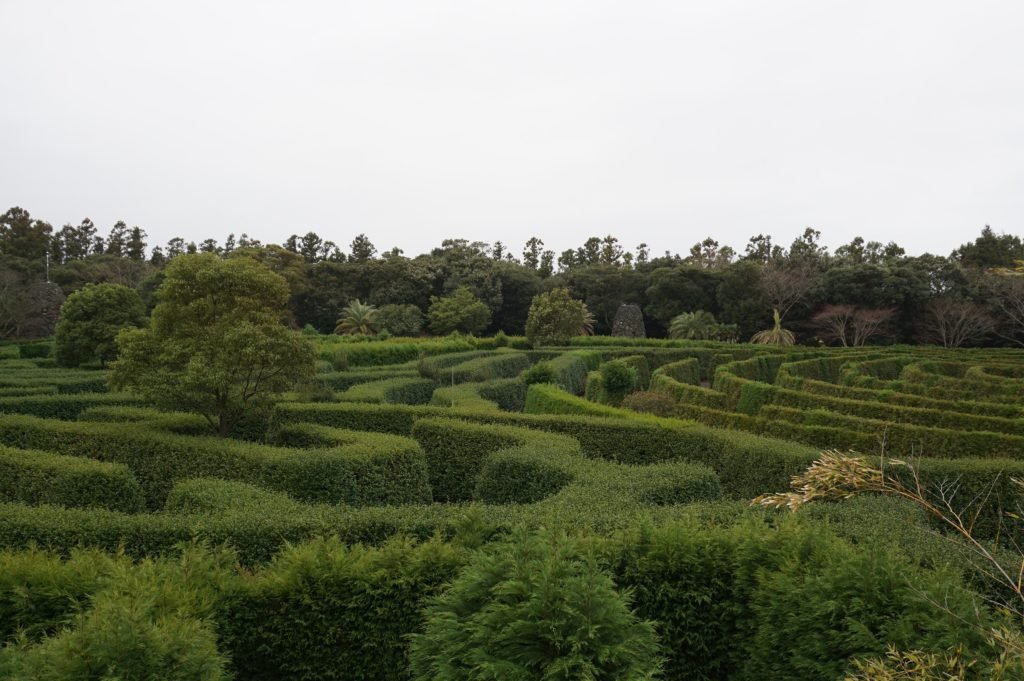 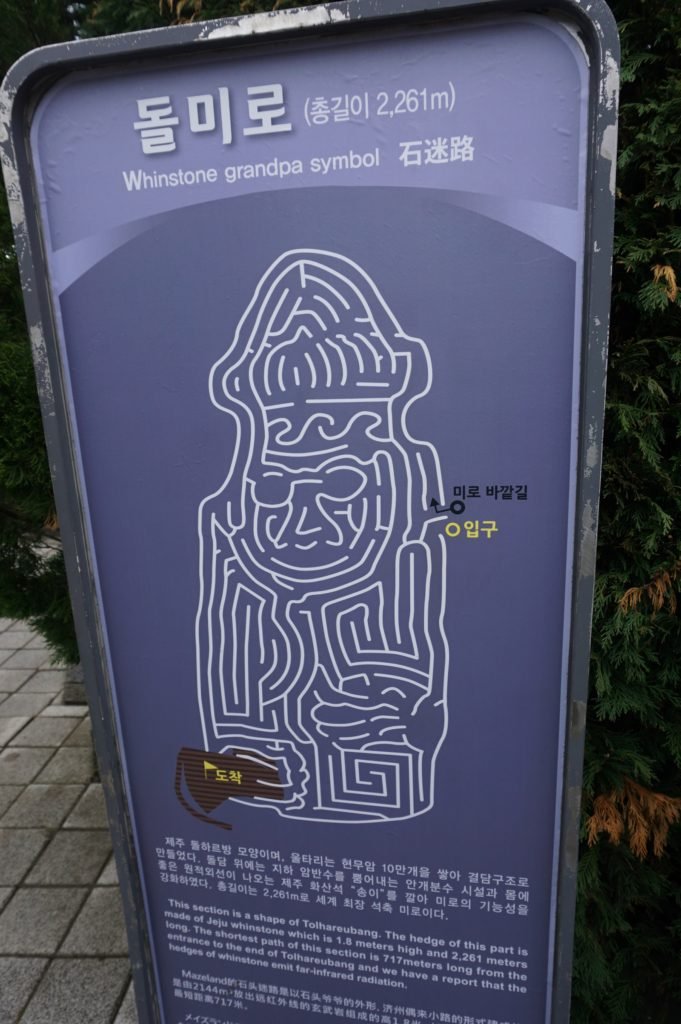 The second maze is a lot tougher, even if you use your handphone to capture the image. I skipped the second maze and waited at the exit for my kids. The exit is at an elevated platform that gives a good view of the whole park.

I took a photo with our driver. Boy it sure was windy. 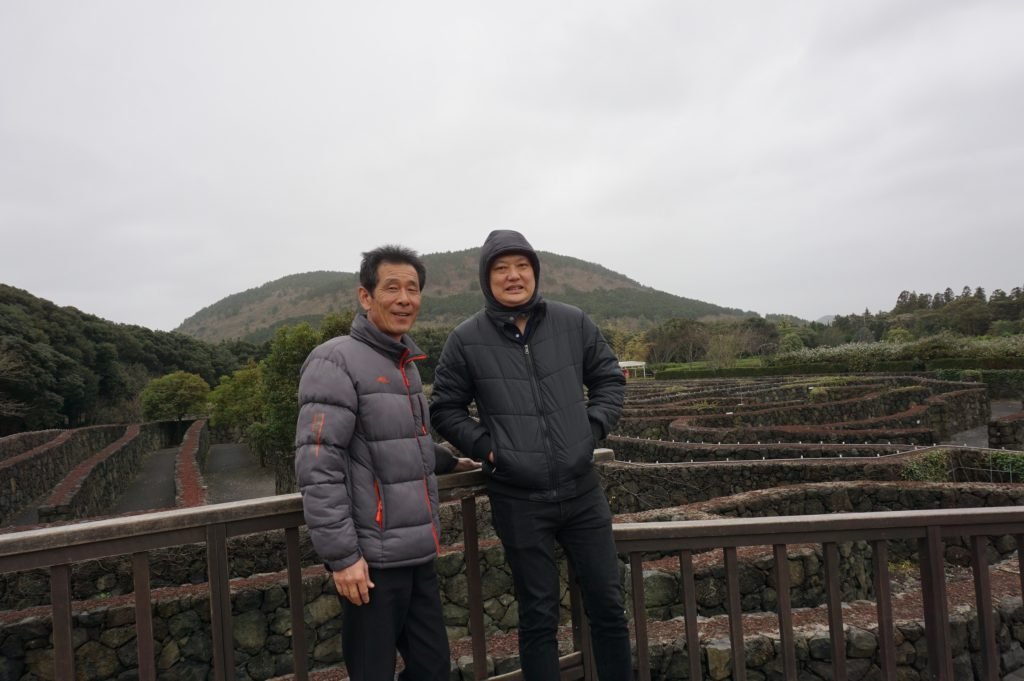 There was a rose garden here, but roses were not in bloom yet. In the woods, there are a few smaller mazes for children. The lighting effect made it really nice. The words on the handrails form a poem in Korean. 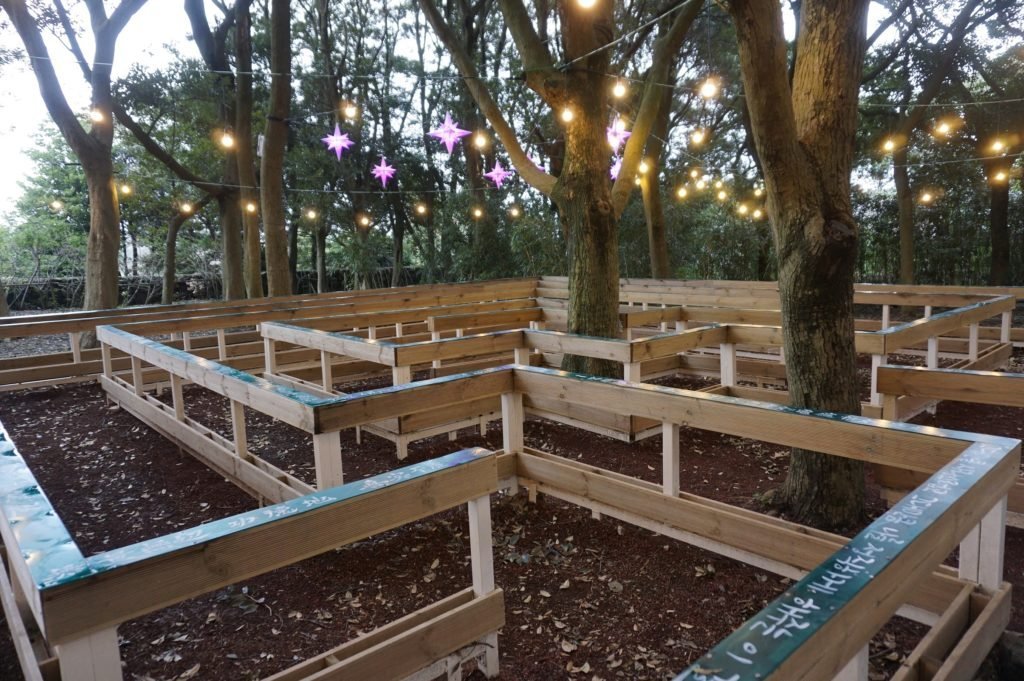 While it looks like evening, this was actually high noon. 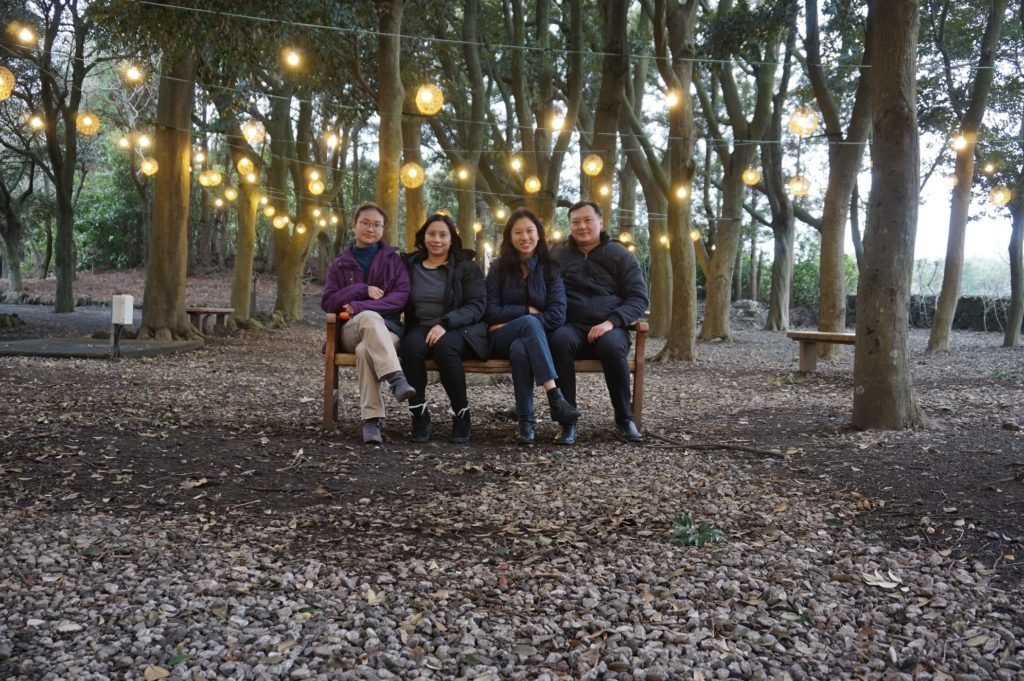 Back into the building after the mazes to escape the chilly wind. There are maze games, a museum showing mazes and games from different cultures, etc. 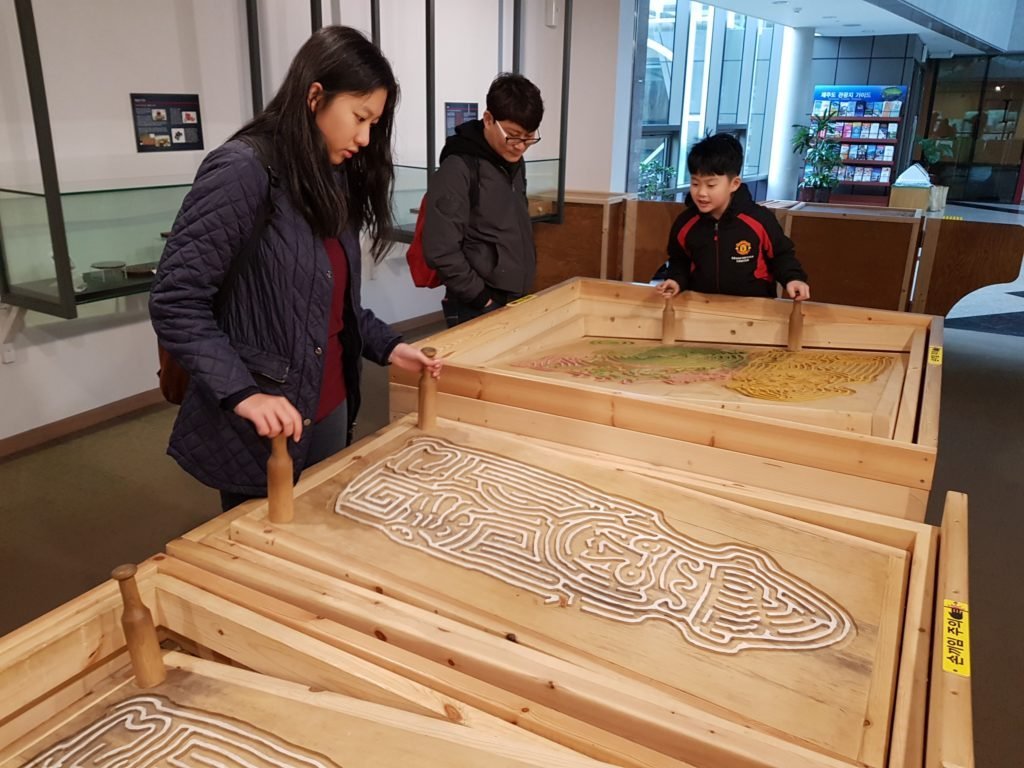 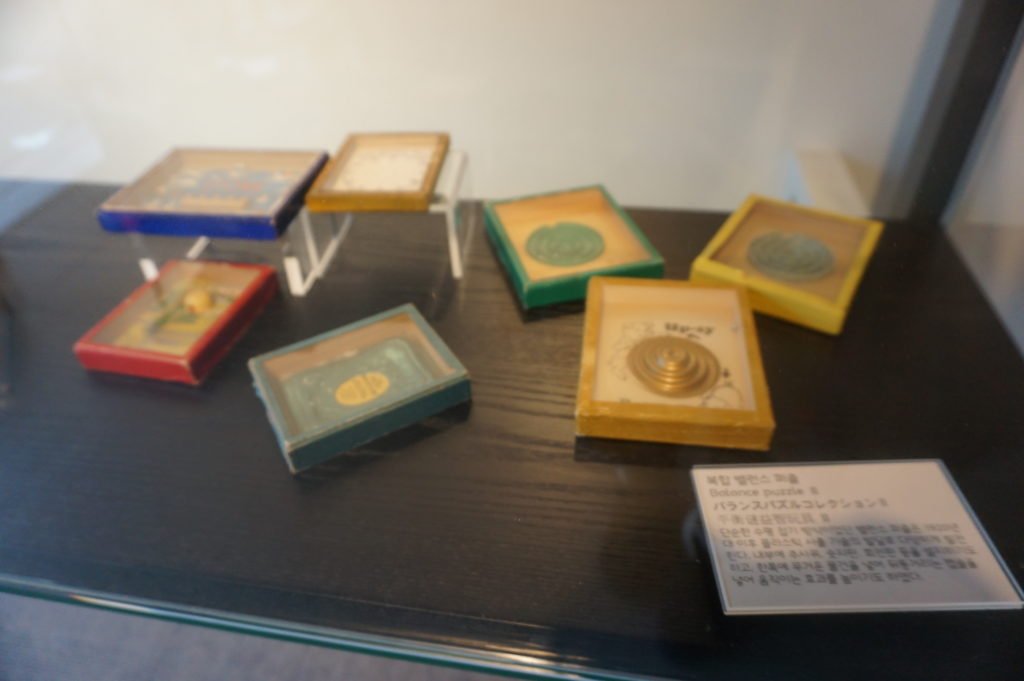 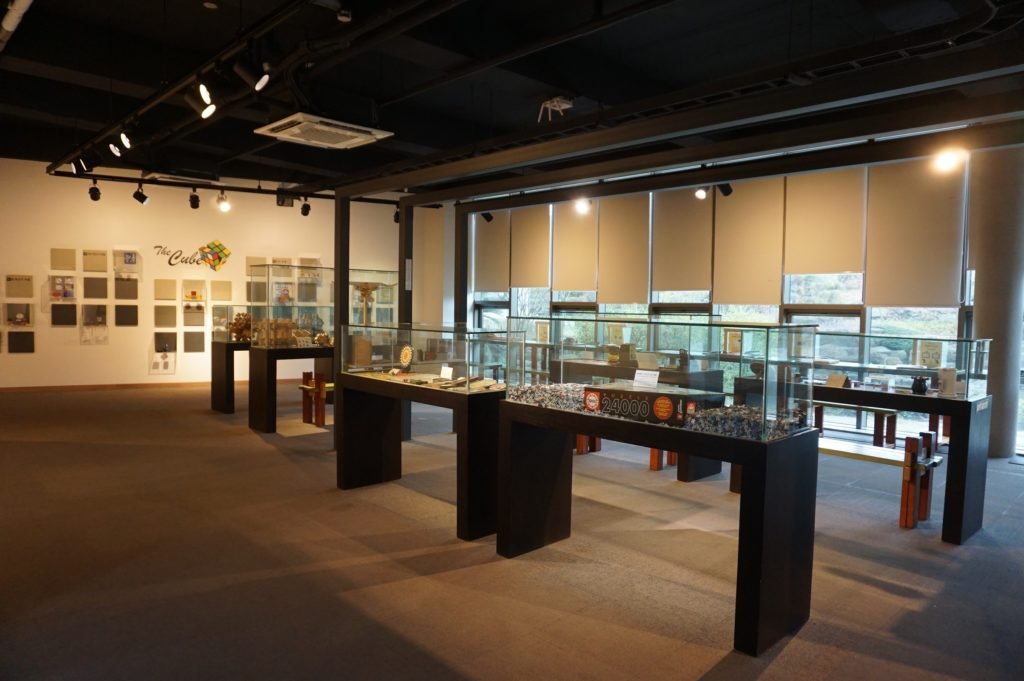 Was tiring morning, but we had an a-maze-ing time here.

Next – Sangumburi Crater and Canola fields