This is part of an ongoing series. To start at the beginning, click here.

So we’re off to Korea again! We are spending 6 days here this time. Upon arrival in Busan we’re taking another flight to Jeju. We’ll be there for two days. Thereafter, we’re returning to Busan for the remainder of the trip. A few months after we booked our tickets, AirAsia introduced direct flights to Jeju from KL, so that would have been a better option had it been available earlier.

We landed in Gimhae on a rainy Monday morning. From the International airport, we took the free airport shuttle transfer to the domestic departure hall. The weather was so cold we had to wait inside the lounge. 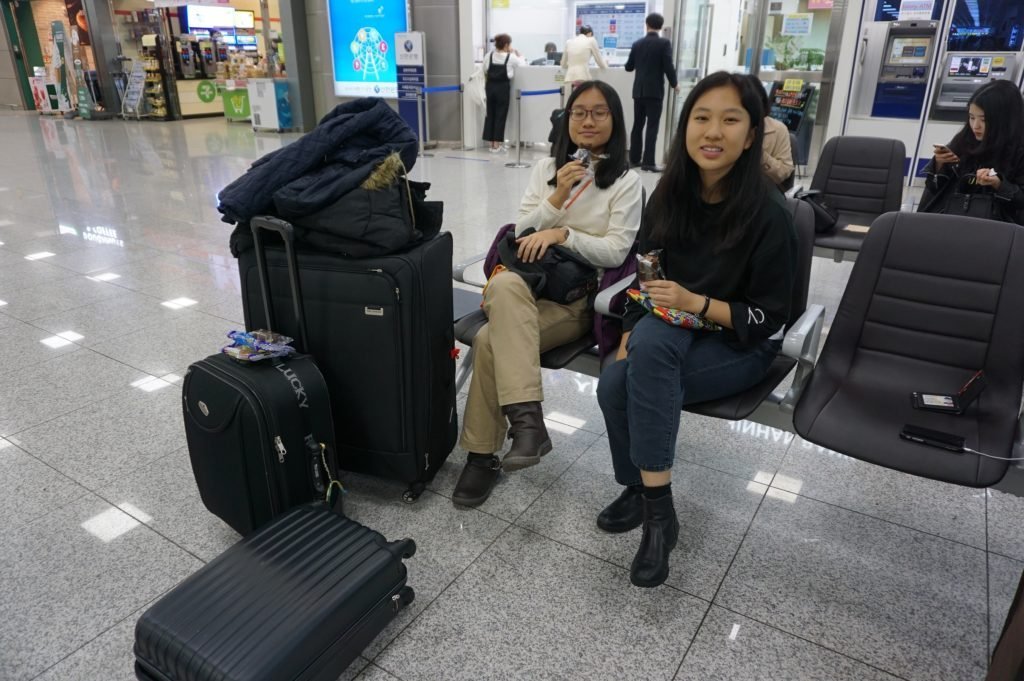 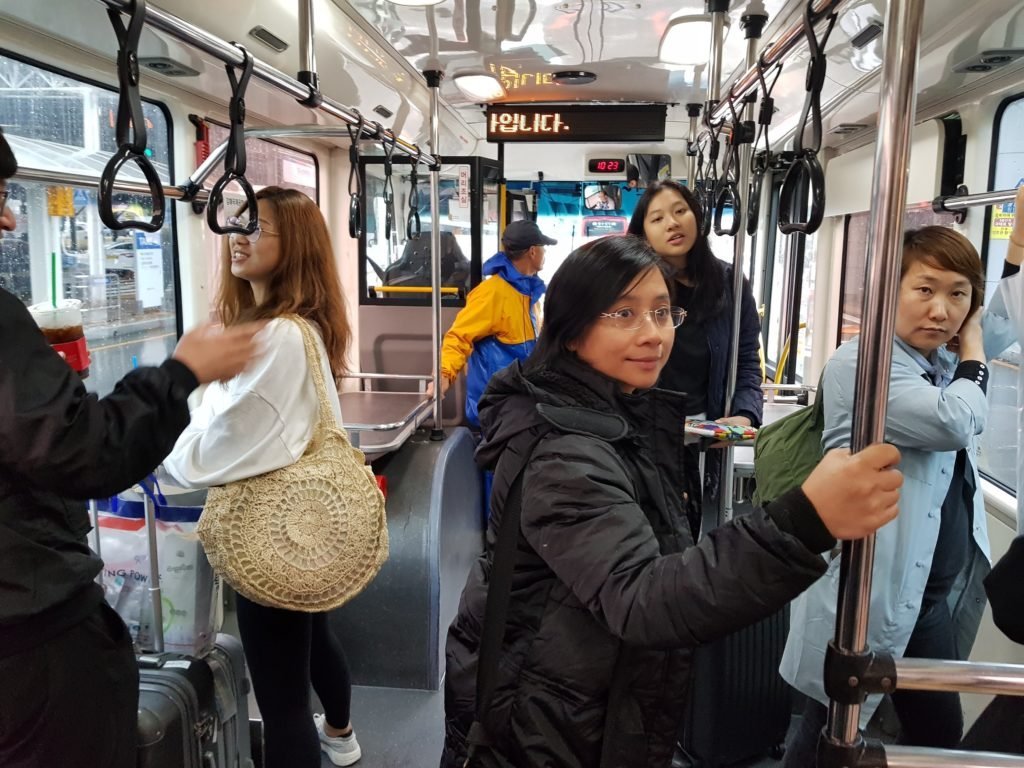 Finally, after  a short 1 hour flight, we landed in Jeju Airport. The weather was cold and windy, but at least it stopped raining. Beautiful spring flowers! 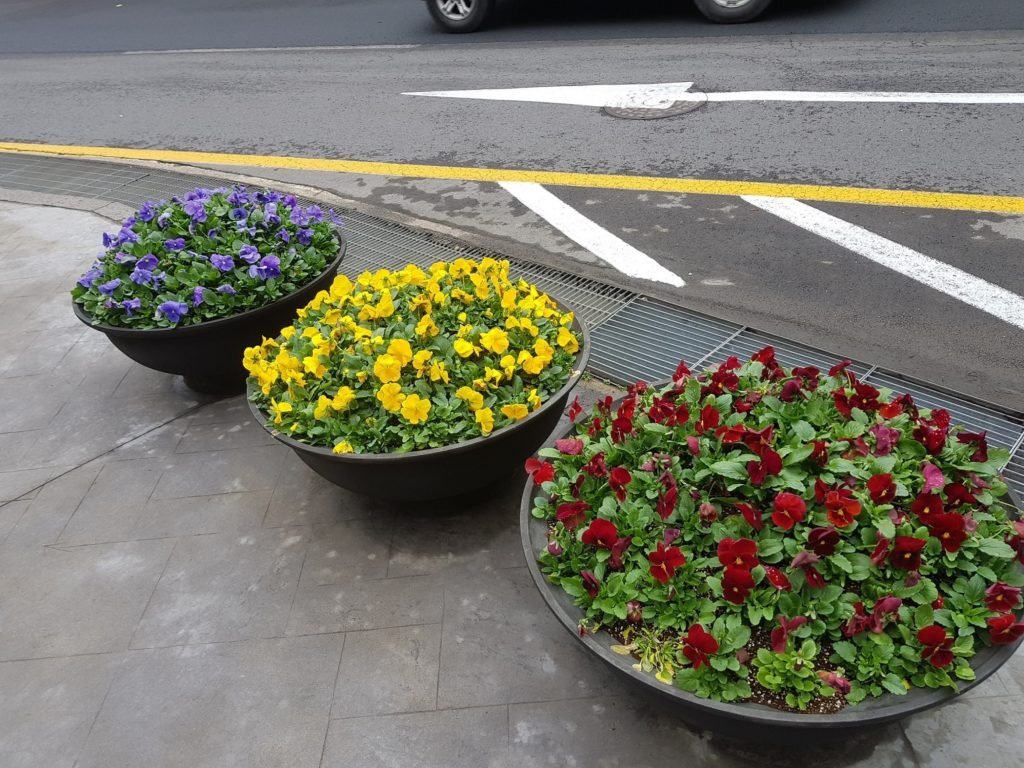 It was already 1pm in the afternoon, so we went straight to lunch via taxi. First meal in Jeju has to be gogi-guksu (pork noodle soup) at Manse Guksu, one of the most popular joints. This was a different branch of the same restaurant that we visited during our previous trip here. 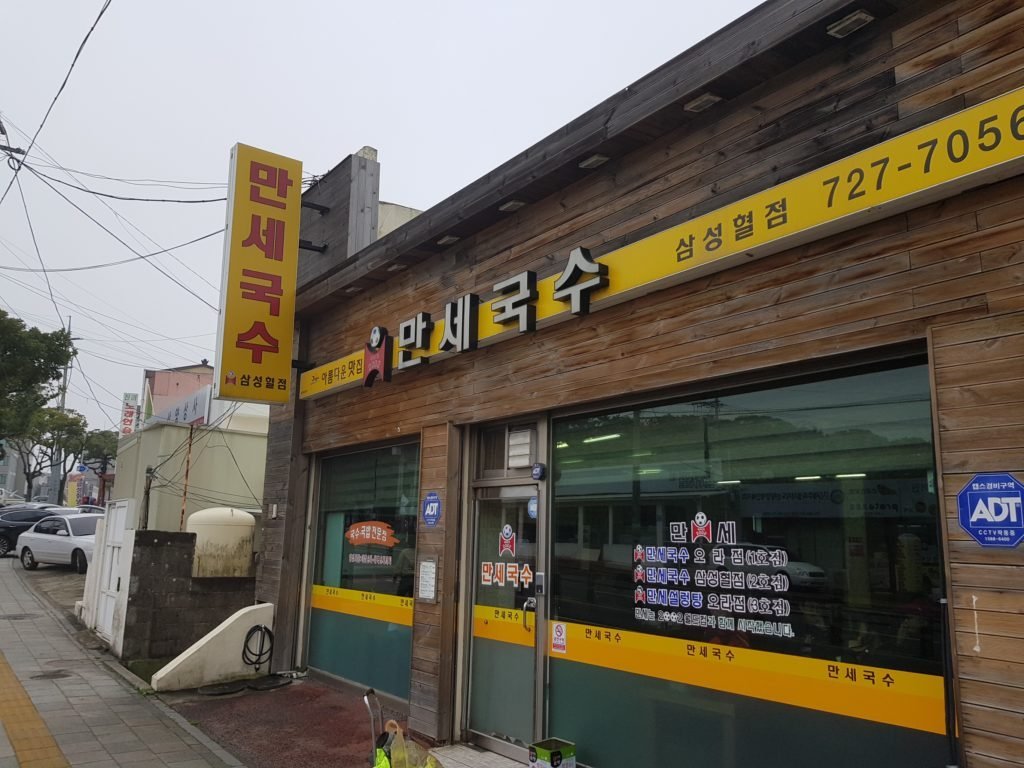 It was as good as we remembered it. The secret is to add lots (and lots) of sesame seeds and seaweed strips. Next, we checked in to our hotel. This time, we are staying in Robero Hotel in Jeju City. Last time around we stayed in an Airbnb near Seogwipo, which is at the southern end of the island. This hotel has very good location. The Jungang Underground Shopping Centre runs right in front of hotel so you can use it to connect with different areas of the city without walking outside in the rain and cold wind. 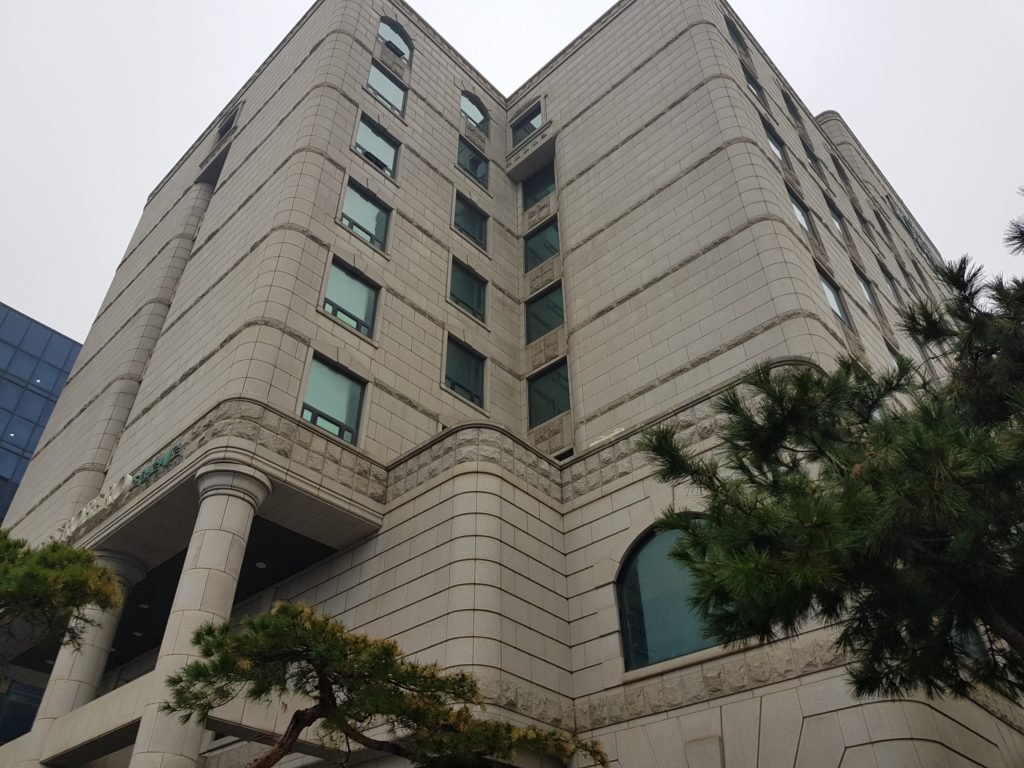 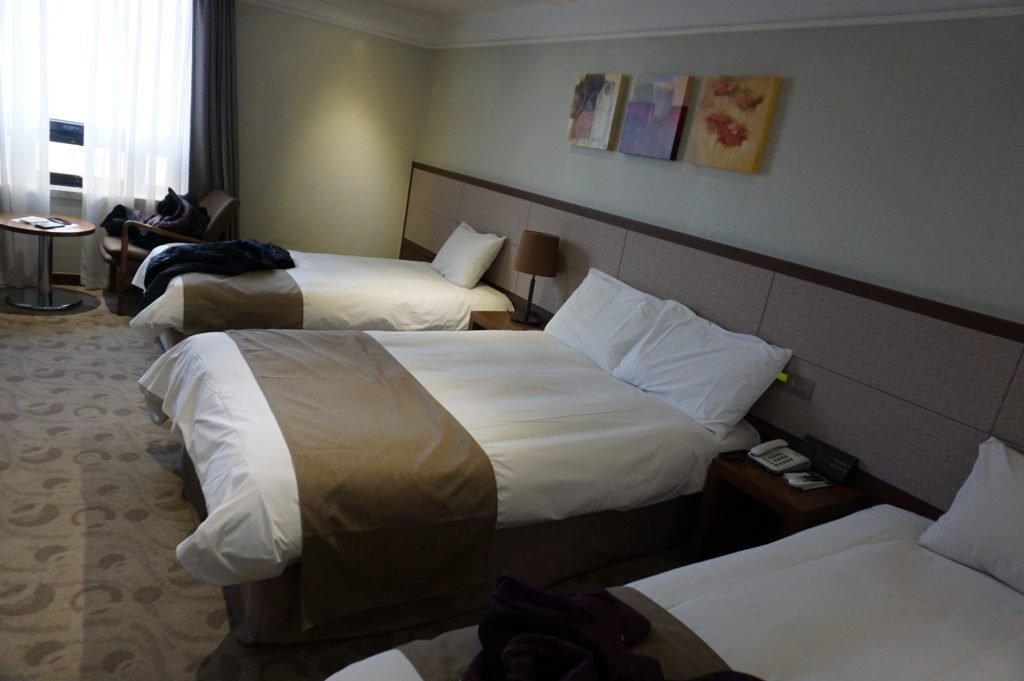 Later in the evening we took a walk through Jungang Underground Shopping Centre. 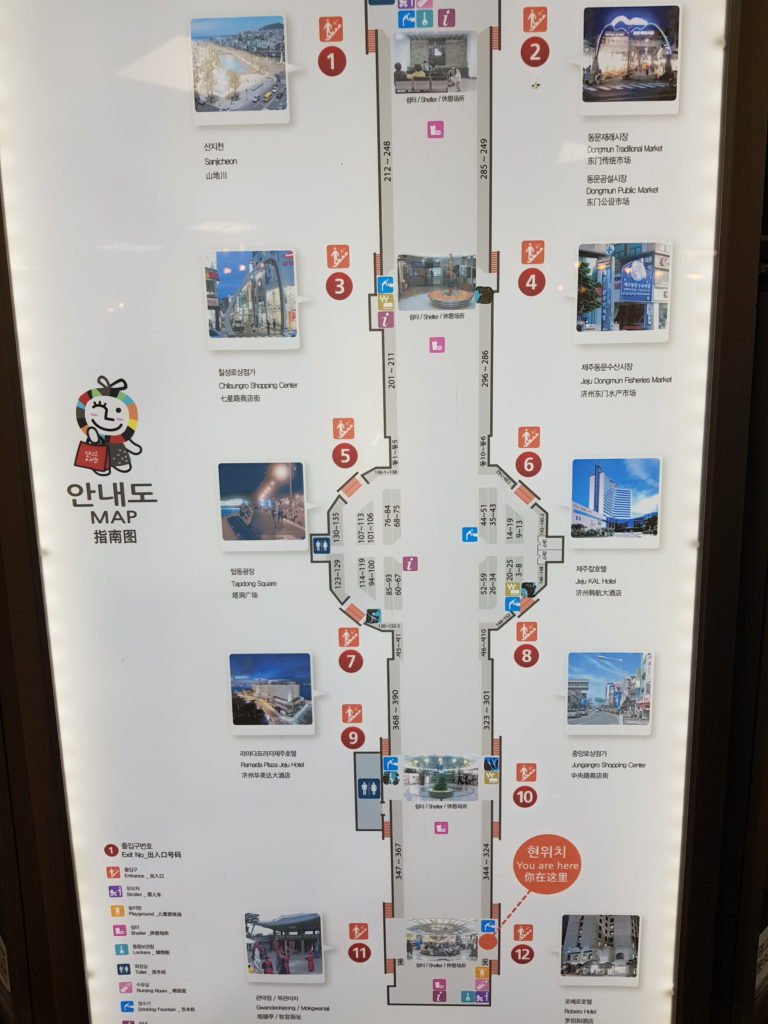 Jungang is a medium sized mall with shops selling mainly women’s fashion, shoes and cosmetics. It is rather modest compared to the ones in Seoul.

We exited to street level at the other end of the mall to visit Dongmun Traditional Market. The market is the biggest in Jeju. They sell lots of fruits (including hallabong), vegetables, fish, souvenirs, and local snacks. Below is the local delicacy the hairtail fish, usually made into a spicy soup. 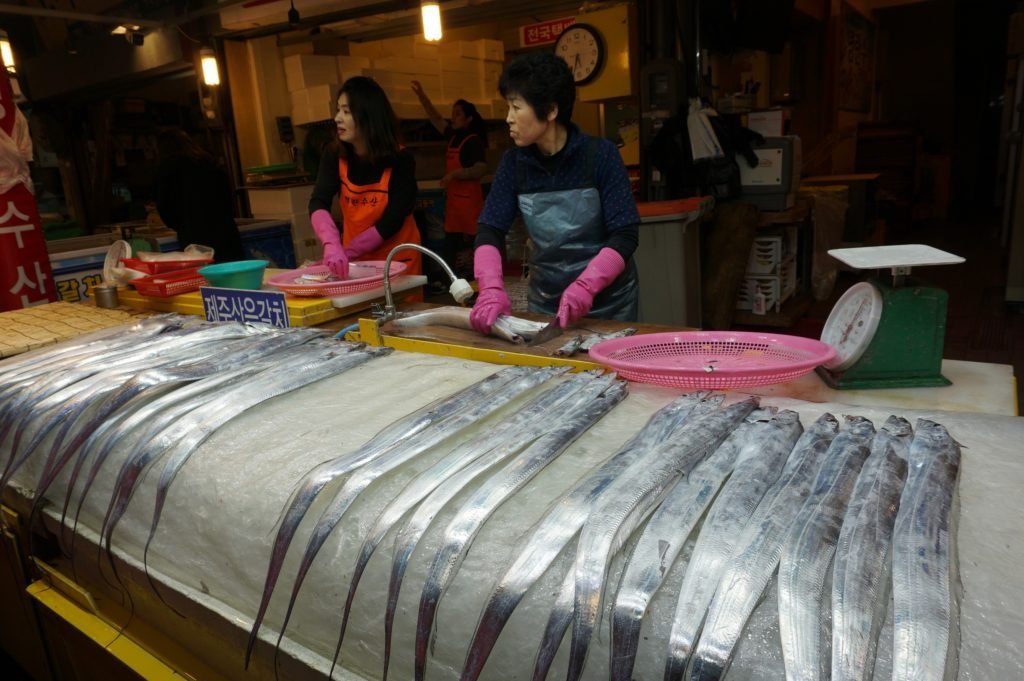 From the market, its a short walk to the Black Pork Street. Here there are many restaurants serving the famous local delicacy. 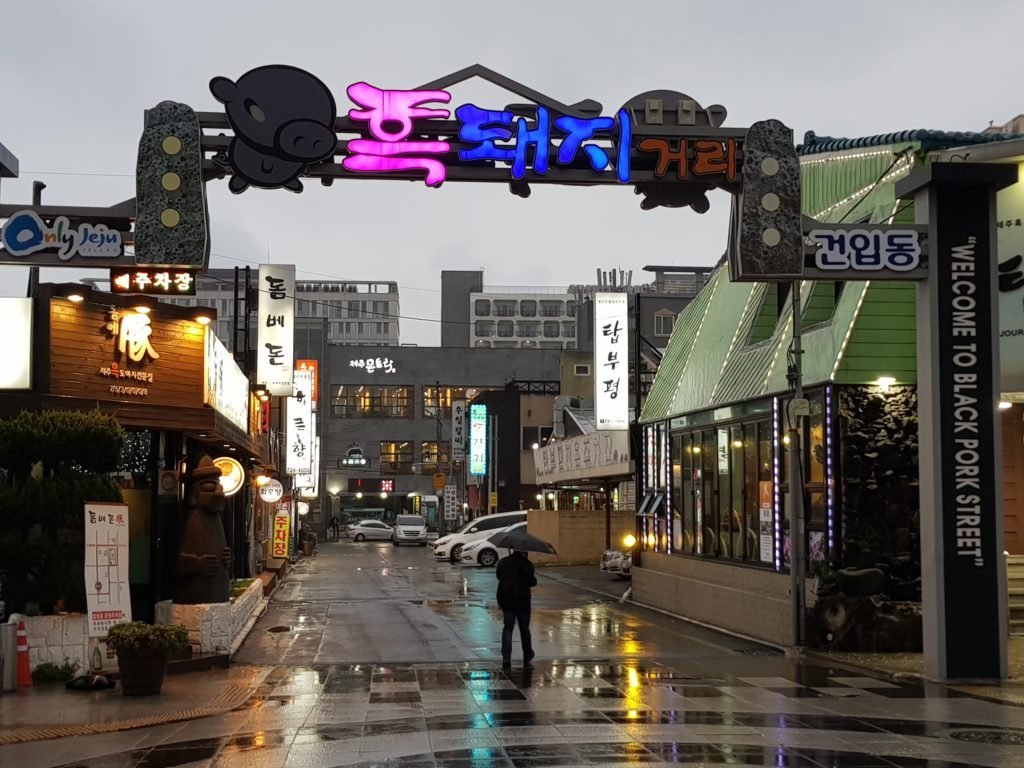 We chose the first one. 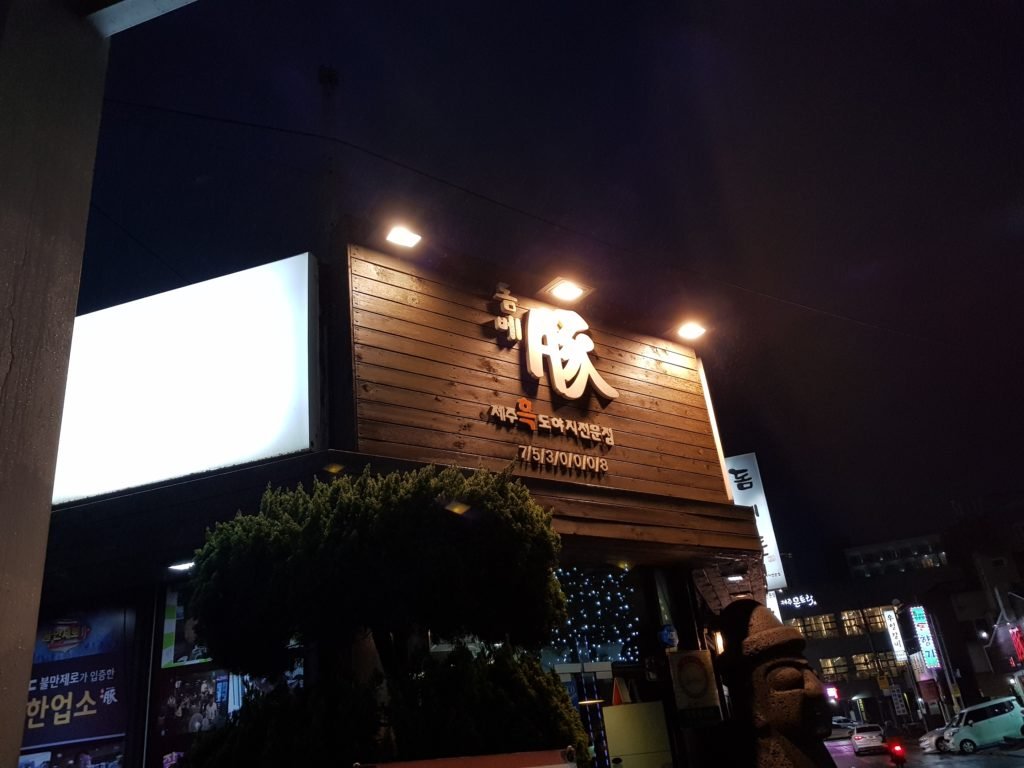 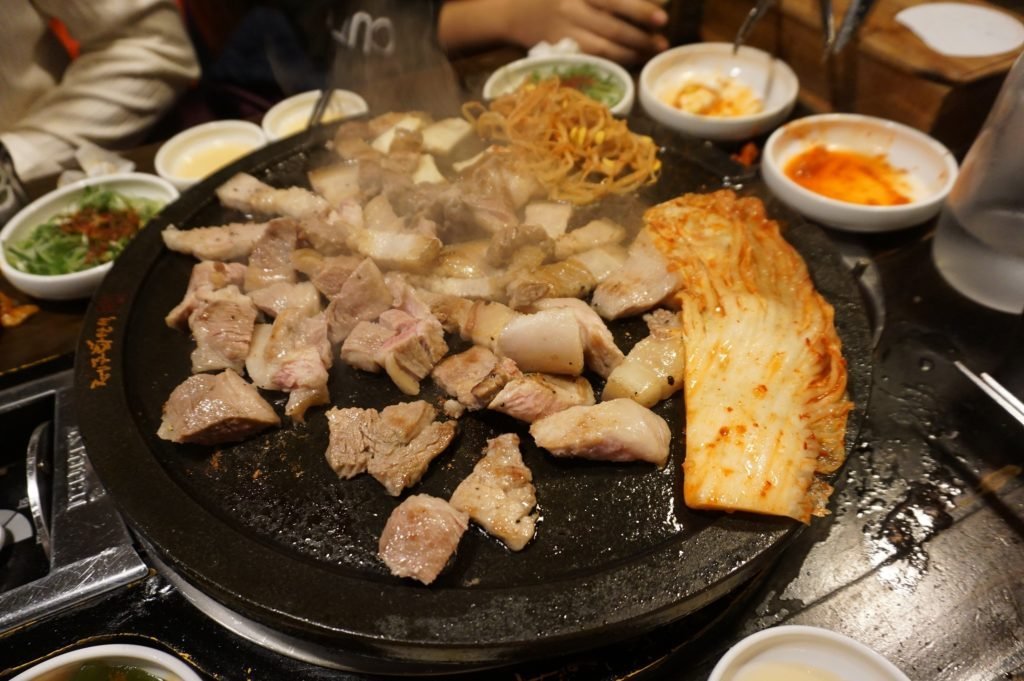 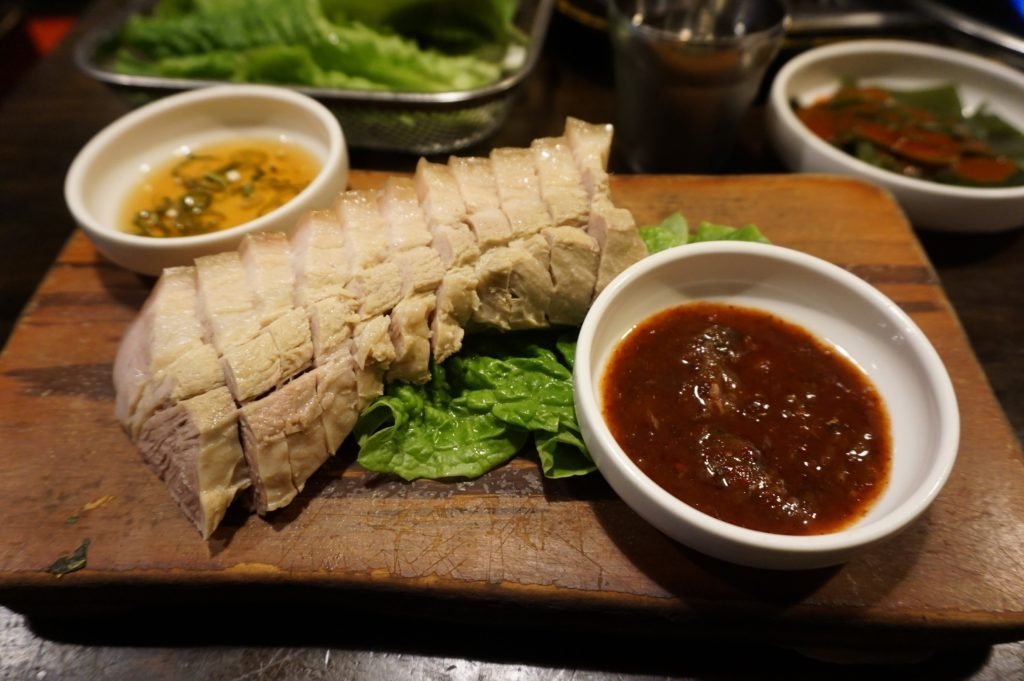 Next – day trip around Jeju.