My wife’s birthday is coming, so i thought rather than the usual usual, i got her tickets to one of her favourite Hong Kong singers back in the 80’s – the forever 25-year old Alan Tam.

It was only a coincidence that i pass by the billboard advertising his concert everyday, one day it just struck me that this would be something really different. As you know, I’m very much into trying new things and expanding my horizons. As i said, my wife growing in Cantonese Ipoh, Cantopop was pretty big.

Me? Personally? As a kid, I watched all the TVB serials as a kid with my mom, remember those video tape rental days? I definitely know most of the Cantopop stars like Leslie, Anita, etc. Every Chinese New Year, they’d show their concerts on TV2. But really, I wasn’t much of fan (partly also because I always had difficulty understanding the ‘deep’ Cantonese). I was in a different parallel world of English music.

But the concert was about my wife, not me. I could safely say I only knew one Alan Tam song (æœ‹å‹) well, and knew bits of a handful more.

So the night before the concert, i surprised my wife with an early birthday present, to which i hope she was genuinely surprised.

On the day of the concert, we got there early. They made us wait in line outside for about 15 minutes (apparently only for those who had the cheap tickets only). We finally got to our seats at about 7.30pm, after navigating the 2 mile waiting line to the toilets.

The stadium was still filling up at 8pm. Who’s this ‘Kai Fan’? Chicken Rice? 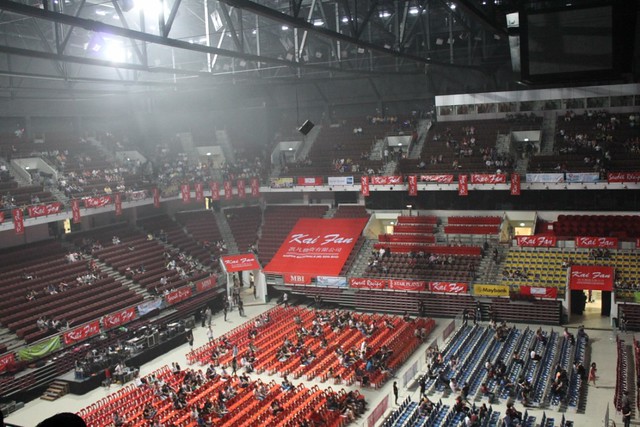 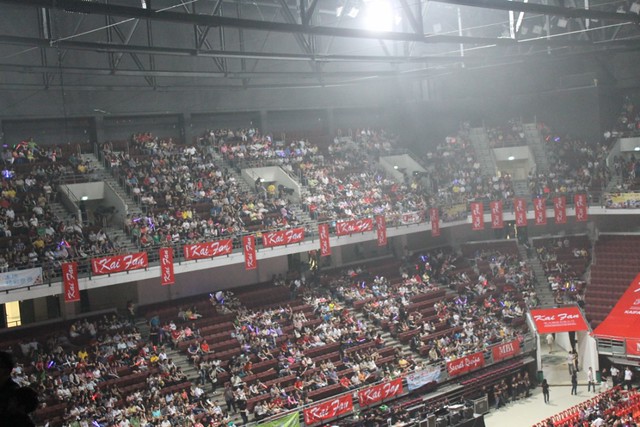 There were two opening acts – this young solo guy, and this girl accompanied by 2 dancers. Both were ok, but the crowd reaction was almost zero. 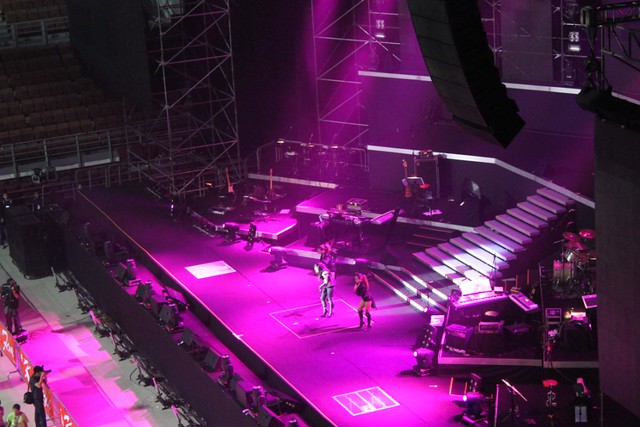 after the two opening acts, there was another long period of inactivity again. Kinda beats who idea of an opening act if you are going to lose the momentum. But suddenly the lights went dim and everyone started cheering. Those blue and red lightsabres were given to everyone when we entered the stadium. 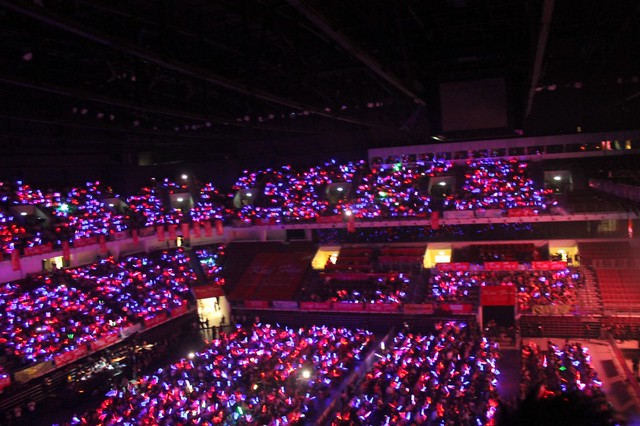 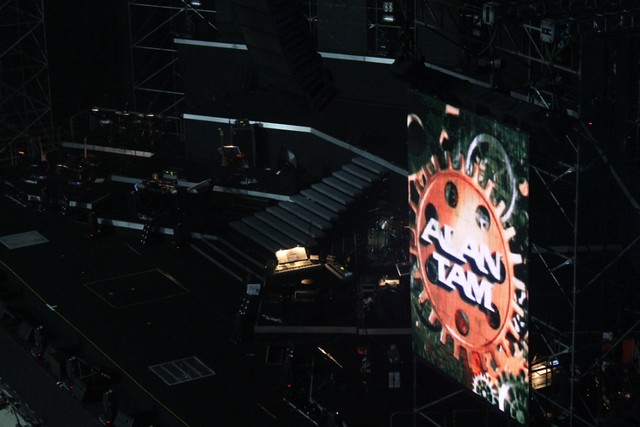 Two guitarists came out first to play their solos. The first was this longhaired rocker. I later learnt he’s Joey Tang. 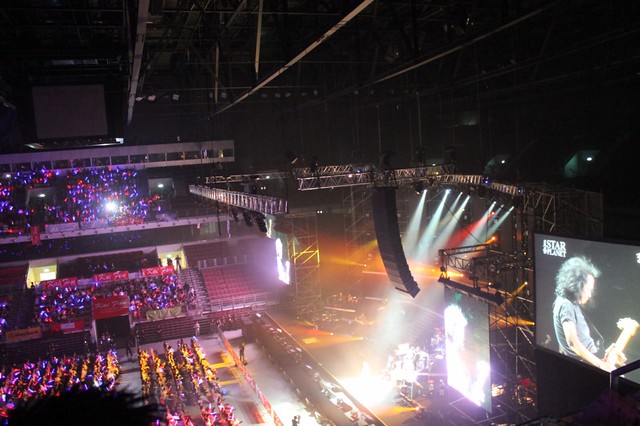 The other was a young girl from China who had this really disinterested look the entire night. 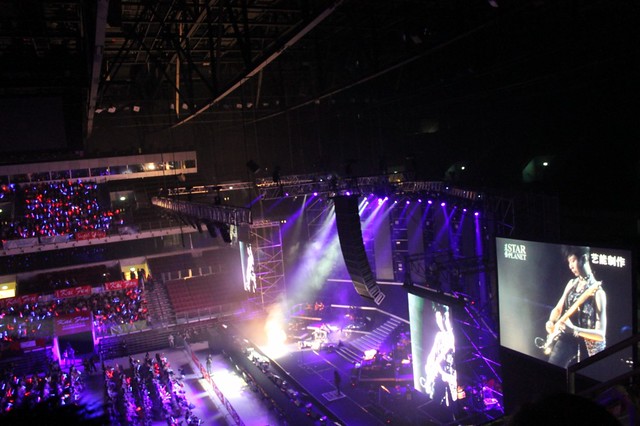 and then to thunderous cheers, Alan Tam appeared. For someone who’s been around a long time, he’s still got that zeal and excitement, a professional through and through. 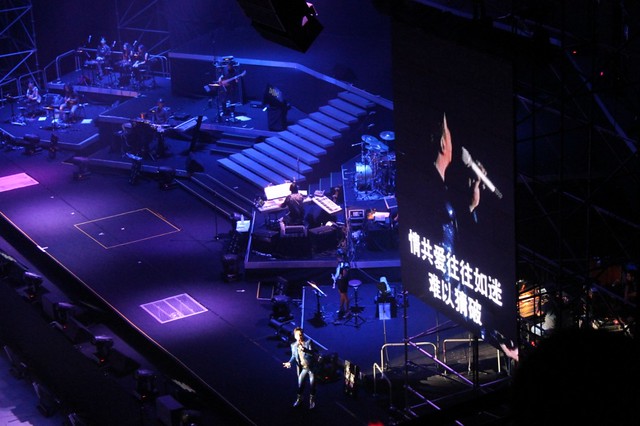 All in all he did about 40 songs, and about 4 costume changes. This portion is when he did his few classics like ä¸€ç”Ÿä¸­æœ€æ„› and æ°´ä¸­èŠ±. At the start of the concert i thought i felt Alan’s voice not at his best, maybe he’s losing his edge with age. But when he can to this portion of the set, i can tell he still has got it. 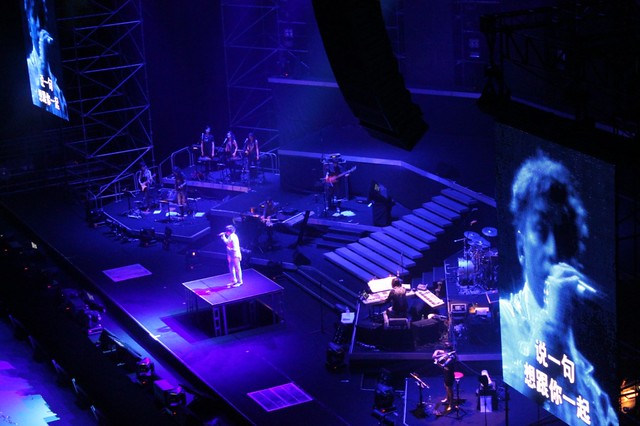 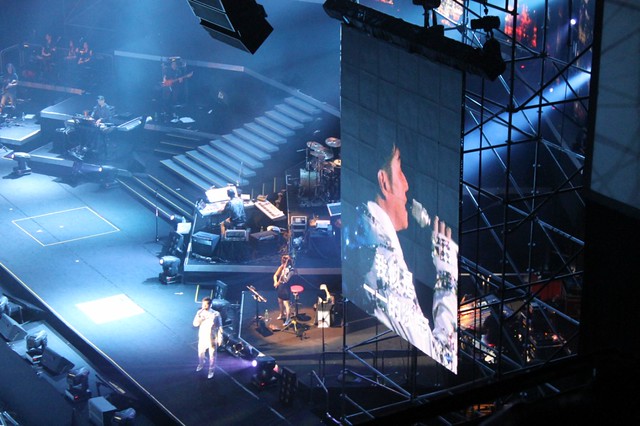 Alan ending the set with pyro and glitter. 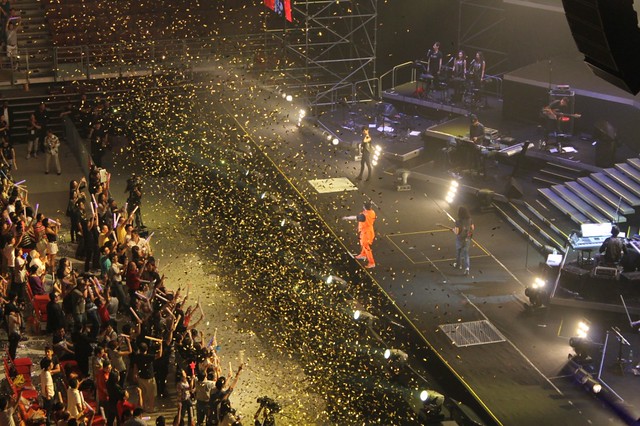 He did 2 rounds of encore, one was a medley of hits including æœ‹å‹. It was a little surreal when the entire stadium started singing along with him, as if he was our old friend.

And finally, the last curtain call. 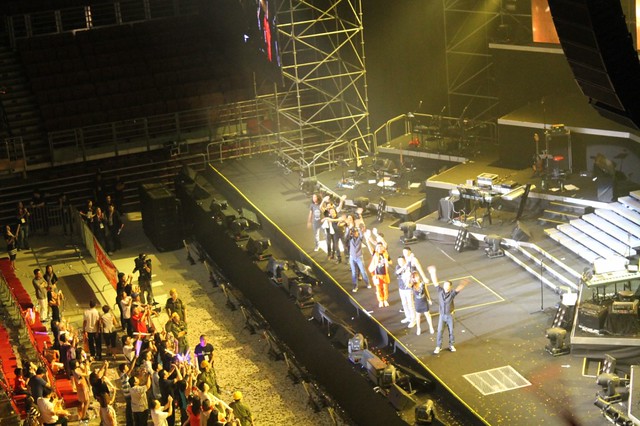 All in all the concert was a packed 3 hours, with a few guest artistes appearing for duets. We both had a good time at the concert, well, hopefully it was a good birthday present. The ticket price were a little steeper than i thought, given the seats available, but considering Alan’s 61 years old, i doubt there are many chances left to see him in concert. But after leaving the concert, I have a better appreciation of why he can maintain this longevity in the business. And familiarity with a lot more of his songs, too.