(For the first part in this travelogue, see here)

Day two start faaaar too early for me. with the sun rising before 5pm in early summer, i was awaken with too little sleep. So i watched some TV waiting for time, not realizing that i started to doze off a bit. 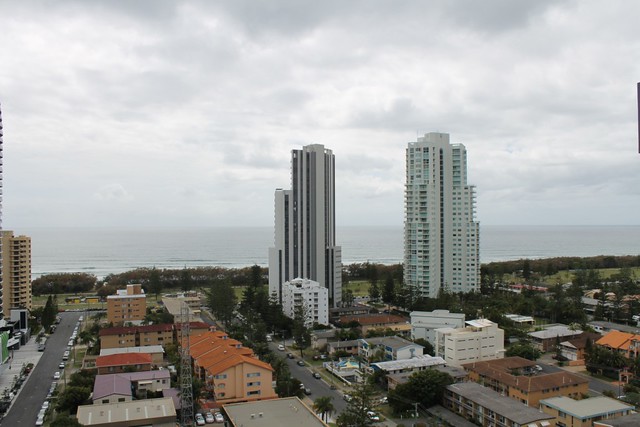 Breakfast was bread, butter and some ham we bought at Woolworth’s the day before. And lots of good Australian coffee. Mmmm… We left our hotel in Broadbeach at about 9.30am and drove north up the Gold Coast Highway, coz we were going to… SEAWORLD!

Took us about 25 minutes to queue up and get our tickets. 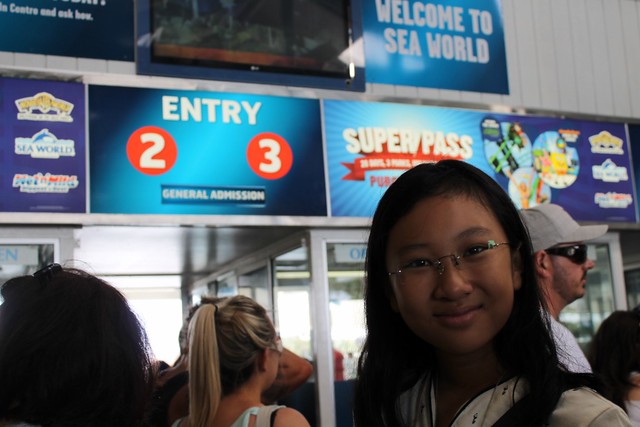 (Most of the people there at the time were young families with babies and toddlers, plus senior citizens. I think the schools are still having exams, which was good for us)

But once we were in, it was fun all the way. We went for all the shows, but skipped most of the rides (actually there aren’t many rides). 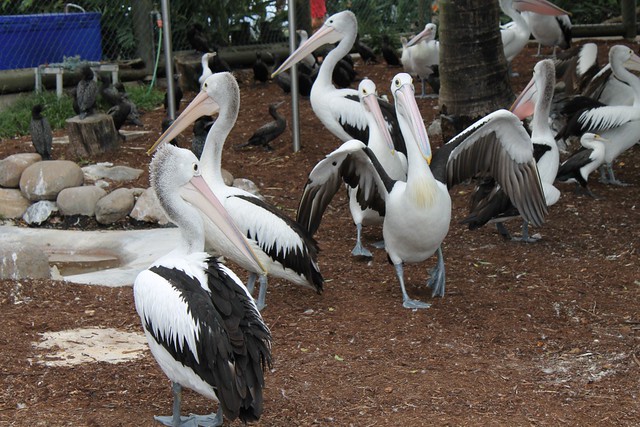 (2nd time in two days I got to see pelicans up close. I keep thinking of that character Nigel in the movie Finding Nemo) 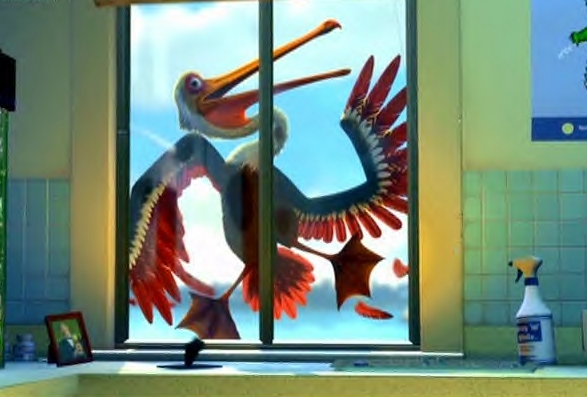 Seaworld has a few underground viewing tanks where you can see sharks, penguins (not in the same tank, mind you) and tropical fish up close. 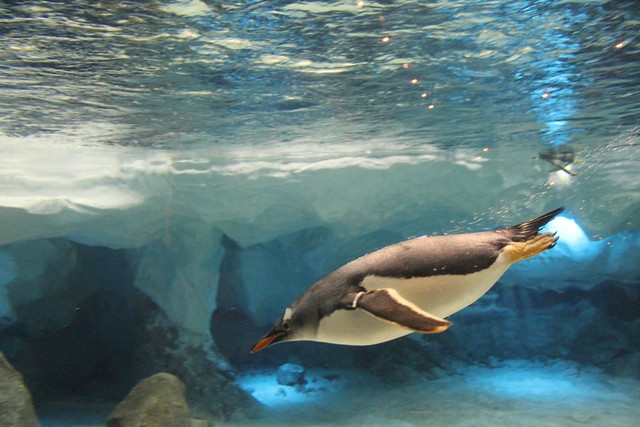 (these penguins are really playful, and know how to entertain the crowds) 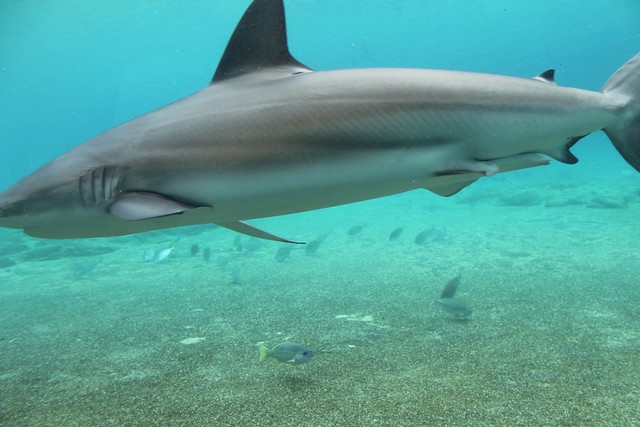 The main attraction at Seaworld is the Dolphin Show and its a must-see even if you’ve seen been to the one in Hong Kong and Singapore. Hong Kong has Orca whales, but in terms of dolphins alone, this one beats the rest. Definitely worth the price of admission. 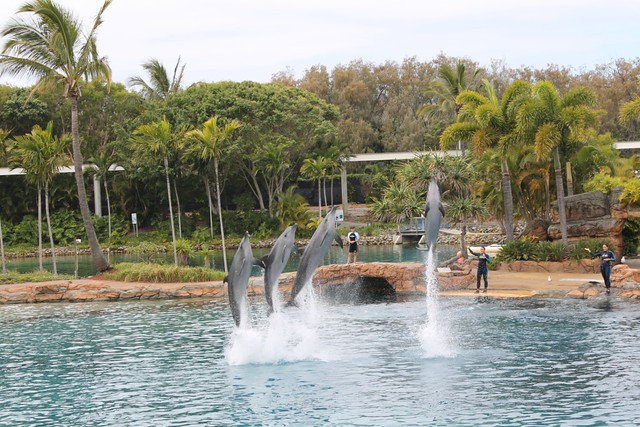 (WHAT is it that makes these animals so strong?!)

After that we rushed across the park to catch the jetski show. We didn’t make it to the stands in time for the start, so we sat across the lake on the grassy slope under the shade of the monorail. The jetski show was kinda a letdown (shouldn’t they just concentrate on animals?). Other than skiing up the ramps and doing somersaults, there really nothing else besides the noise and diesel pollution… 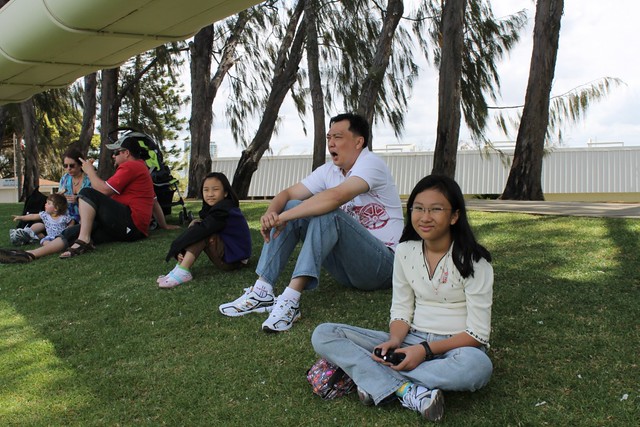 (so cooling, so shady… so sleepy…)

…so we left halfway coz i was feeling hungry and a little dizzy from waking up too darn early. Lunchtime! well, its was also a bit disappointing. There isn’t much choice of affordable food here (there are a few expensive restaurants though) so we had to settle for this generic fast food joint. The burgers were okay, and they give you far too much chips to finish. There’s only so much salt I can take in a day. 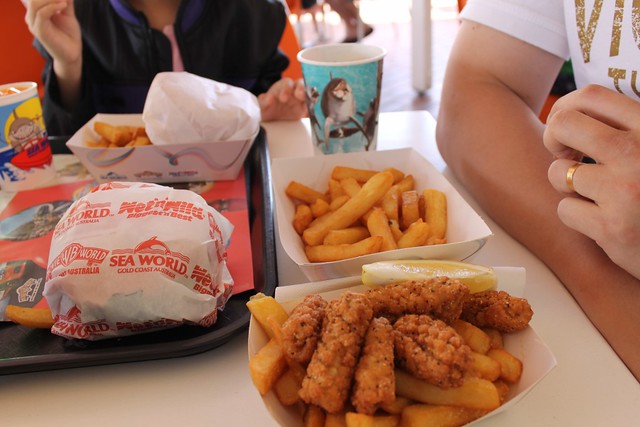 One more show after lunch. Its a walrus and seal show, but its kinda kiddie, tailored to the small kids. Pretty entertaining, although i dozed off a few times during the show. I gotta get more sleep tonight!!! It’s better than the one in Ocean Park HK by comparison. 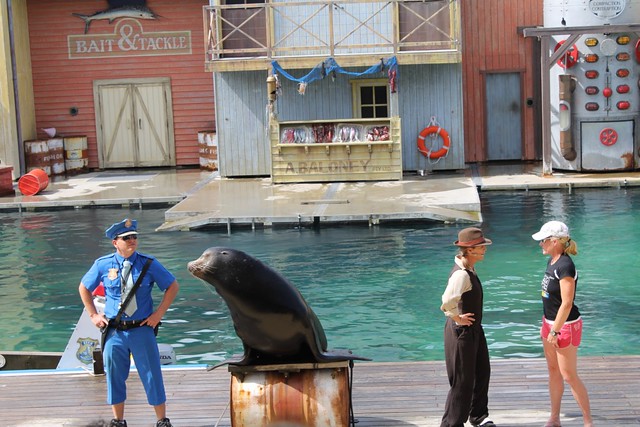 By about 3.30pm, it was time to leave Seaworld. Most people were leaving by this time even though there was still a lot of time until closing. 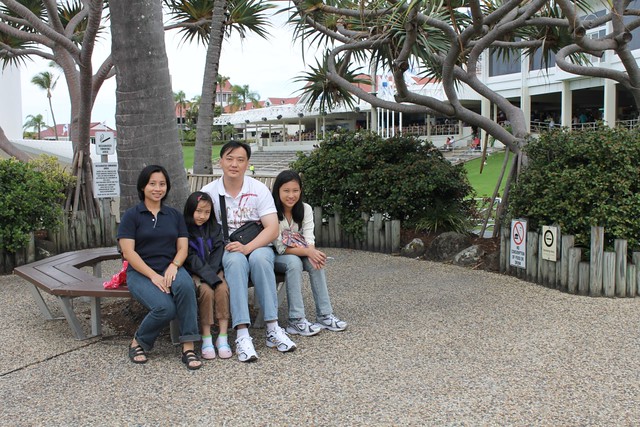 We came back to the apartment to nap and shower.

Strangely enough, this was the poshest and best meal we had in Australia, yet cheapest one. Here’s the story. Conrad Jupiters is a world class casino and hotel across the highway from our hotel, they have a fantastic seafood buffet dinner (called ‘Prawntastic Buffet’) at their Food Fantasy restaurant. I had read that they had an offer where kids below 12 ate for free before 7.30pm, so I went for it, since both my kids qualified. When I got there, I was told on that day they had a 2-for-1 special, so instead of paying for two adults, i only had to pay for 1. Which means, i paid for 1 adult (AUD$44.90) but all FOUR in my family ate!

The dinner was fantastic, 4-star by Malaysian standard. Being a seafood buffet, in addition to the regular international food, they had crabs, prawns and oysters. 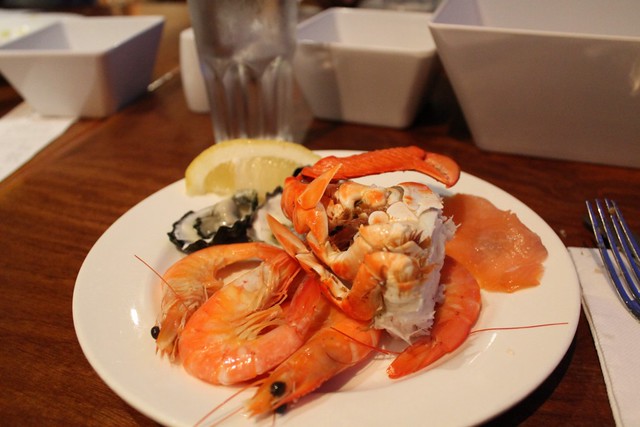 (Fresh prawns, all you can eat) 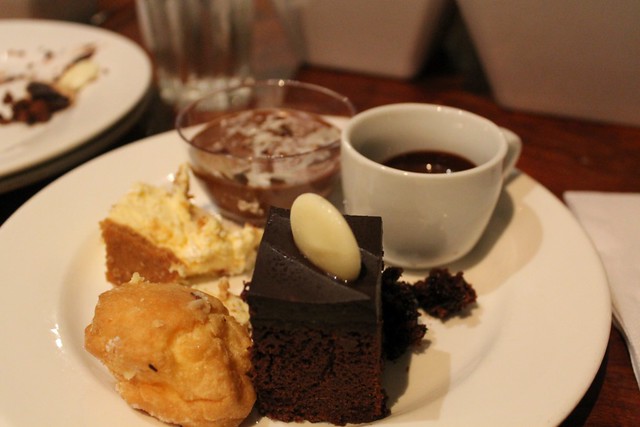 (desserts was fabulous too, including ice cream) 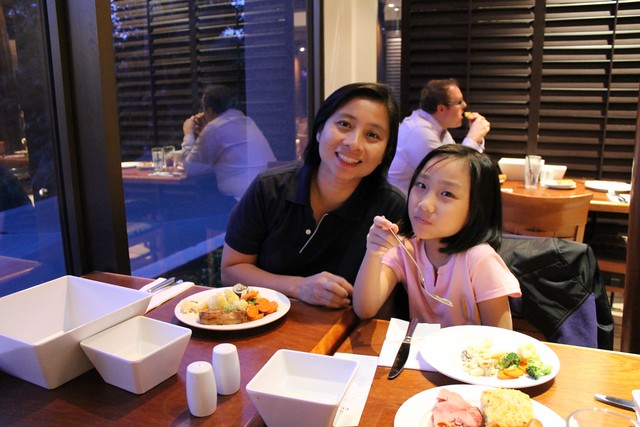 (Everyone had a satisfying meal) 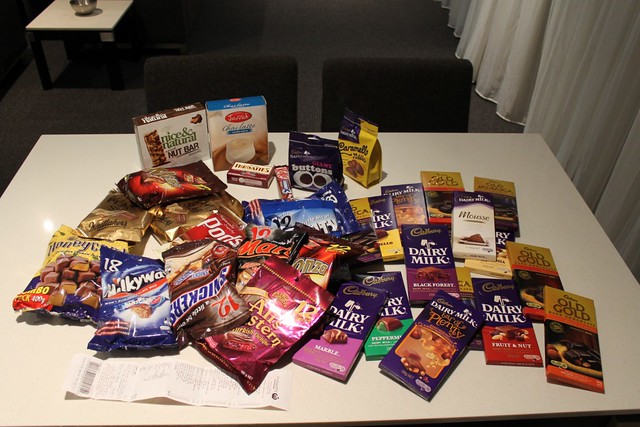 (all this for about AUD$80 only. Mmmm… can you smell the teeth decay already?)