One of the 3 famous ladies of the Louvre in Paris, the Winged Victory of Samothrace pictures the Nike, the Greek Goddess of victory descending the heavens and landing on a prow of a ship. 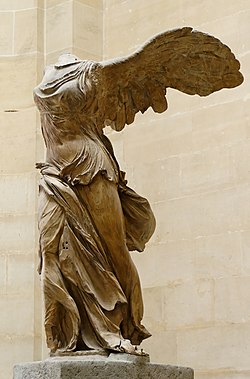 One of the wings is a replica of the other, made from plaster as it had been broken off.

Perhaps with the original arms and head attached, we can see the sculpture in its in its full glory, but alas, they are lost. But without it, it lends an air of mystery to it. Carved in white marble, it is one of the most famous sculptures in the world. 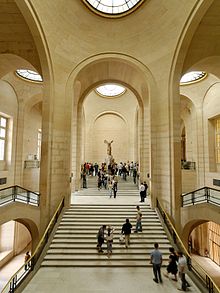 Looking at it, it reminds me of an angel, although I’m not sure the ancient Greeks believed in angels. But it is more likely Christians sculptors and artists in later centuries were influenced to model angels after this image.

Will be seeing you soon…