Quick question – what popular TV show in the 80’s (shown here on TV3) starred a very young Bruce Willis and Cybil Shepherd as a pair of private investigators?

I love that show, although i never really got to watch the whole series (due to the fact that i didn’t get TV3 at home, dammit). The premise of the show (whenever they kept to the plot) was about David Addison (Willis) and Maddie Hays (Shepherd) who run a PI firm called Blue Moon Detective Agency. The only other main character on the show was their quirky receptionist, Agnes DiPesto. 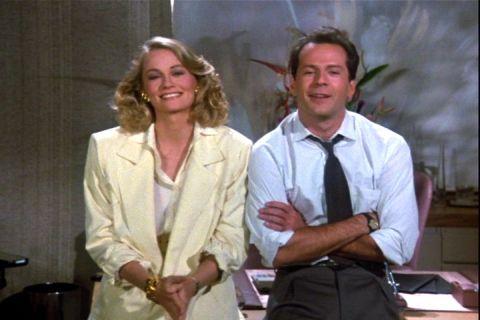 What made the show interesting was the growing sexual tension between the two leads, and the unconventional humor of the show. They talked to the camera, had outlandish fantasy sequences, claymation, impromptu musical numbers, etc. In comparison to the staid PI shows that were abundant during the 80’s (Remington Steele, Hunter, Hart to Hart) it was definitely ahead of its time. 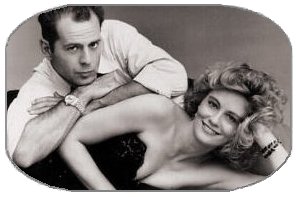 The series ended abruptly during the 5th, never resolving the plotline. Willis went on to become a hugely popular action star, and as for Cybil Shepherd, well…

Was looking around for the show on the ‘Net, but to no success. Does anyone know where i can find the DVD?