So it began like this. Some months ago, a few of us decided to go for a SG holiday as together, as we do annually. Three years ago it was [tag]Melaka[/tag] town. Cue lots of photo snapping at the historical monuments. And lots of durian cendol.

Then the year after that it was er… let me see… it was [tag]Fraser’s Hill[/tag]. A little further, but still within driving distance. Can’t remember much about what we did there, lots of card games and Pictionary, i suppose. Yeah, there was this awesome waterfall, too. Then last year, we decided to go a little further than the two hour driving radius. Heck, let’s go all the way to the other side of the peninsula, so went to Cherating. So it was 5 butt numbing hours in the car as we trek across the Banjaran Titiwangsa.

(Side note: For the benefit of our non-Malaysian readers, the Banjaran Titiwangsa, or the ‘Angel Bridge Range’, harks back to our Primary 5 geographical lessons. A beautiful range of forested mountains that divide the Malaya peninsula, it has always served as a physical and psychological barrier between the more progressive West Coast and the traditional East Coast. Right about now, some of us will be having recurring nightmares about the horrors of school exams. End of sidenote)

So this year, we decided to go somewhere exciting and different. We had a few choices:

Unfortunately, two minutes into the planning, we realized that we had no freaking budget to speak of, and public donations for our ‘Send Us On Holiday’ campaign was a disaster. So we had to scratch off Phuket, Bali and Karambunai. Some of us didn’t want Sipadan either, no idea why, and the bird flu threat left us with no choices at all.

So we decided to go to [tag]Penang[/tag] and [tag]Ipoh[/tag]. Penang, because SA is from there, and since she’s never joined us for a trip together before, i thought this was a surefire was to make sure she’d be there this time.

The plan was this – we put up one night in Ipoh after work on Thursday, and on Friday morning shoot off to Penang. That way, we get to savour some Ipoh food on the way, and break the journey to two legs. And so the 12 of us (SA joined us in Penang) left the traffic horrors and pollution of KL, towards the limestone hills of the north…

We reached Ipoh a little before 10pm. This is where we stayed, [tag]Heritage Hotel[/tag]: 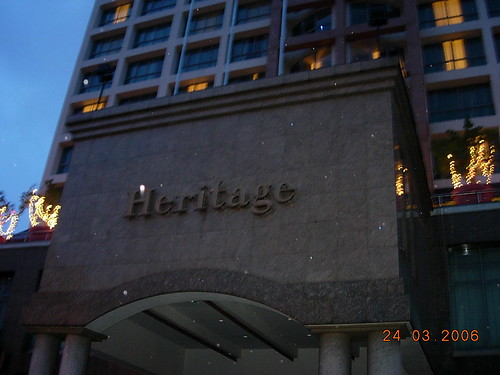 And this is the view in front of the hotel. 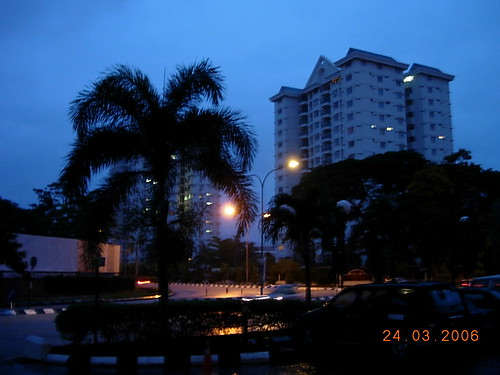 The two pix above were actually taken at dawn, not in the evening.

This is the lobby lounge, viewed from outside our room. There’s koi in the pond, but can’t see it from here. 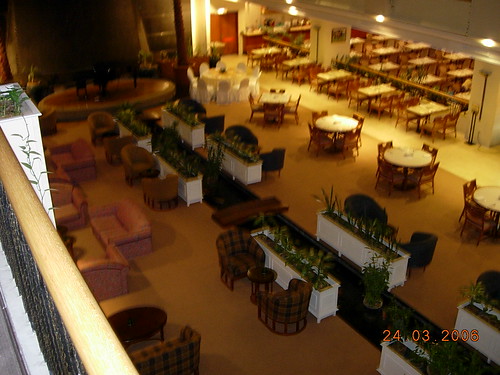 At night for supper, we decided to go out to eat at the famous [tag]Beansprout Chicken[/tag] place: 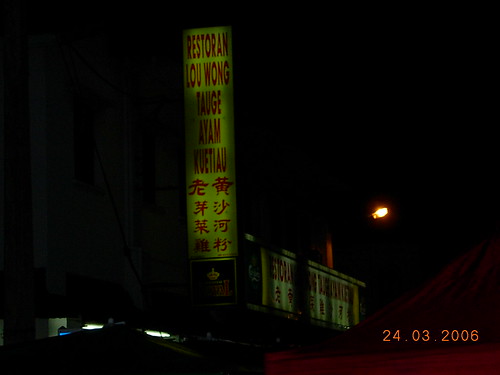 Yeah, I know, the picture is dark, my cam doesn’t have a good flash. There is another rival shop across the road: 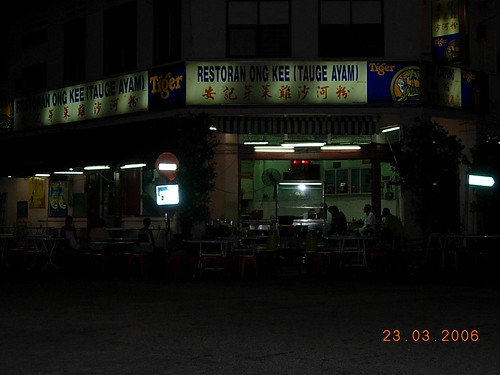 Sadly, both places were nearly deserted due to the [tag]bird flu[/tag] scare. Usually, even on weeknights, the two shops would be packed with people. On weekends people line up to get seats. Some pics to satisfy the readers: 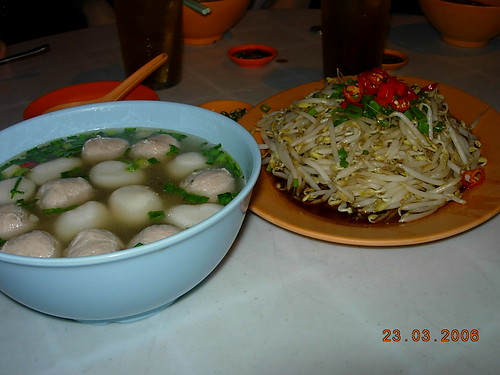 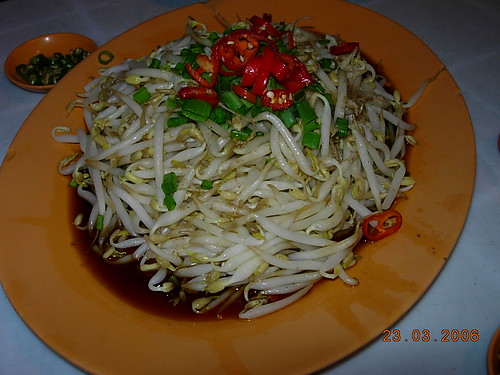 That’s the fat taugeh (beansprouts) with the pork and fishball soup. Delicious.

And the serene Ipoh town in the early hours of the morning (taken from our hotel windows): 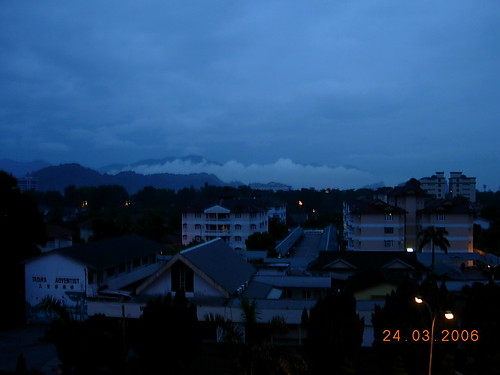 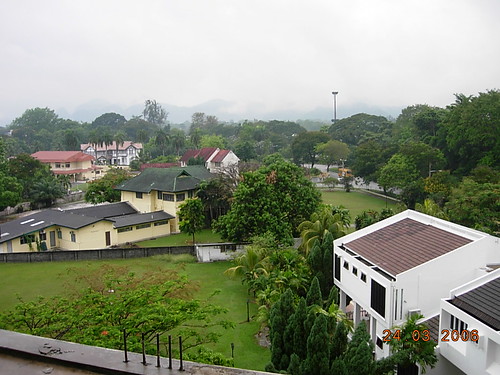 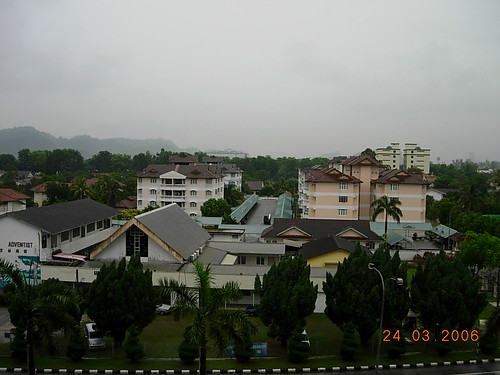 And finally, I saw this at the hotel lobby: 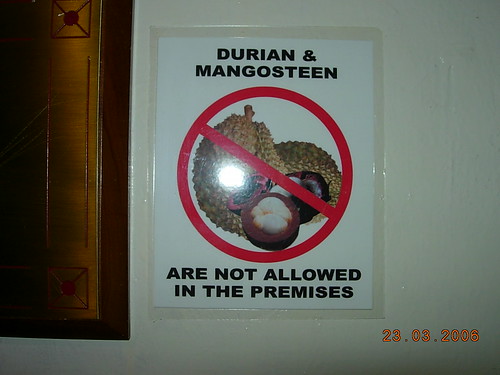 Tomorrow: Part 2 – Dim Sum and the journey continues across the mighty Perak River…