About one a half weeks ago, I was restless in the office and thought I should be on a holiday with my family during the school break. So…. after some googling and MSN chats with similarly holiday-deprived friends, I booked myself 4 days in Swiss Garden in Kuantan.

And after a busy week of work, Thursday came. Didn’t do much research, except some googling, with my printout of wikitravel.org on Kuantan and a full tank of gas (not to mention my family, too) so began my little short road trip eastwards.

First stop, lunch on Thursday. To be frank before last week i hadn’t even heard of Sri Jaya town (wow, talk about a generic name for a Malaysian town). But apparently, there’s this place famous for its steamed buns and egg tarts. 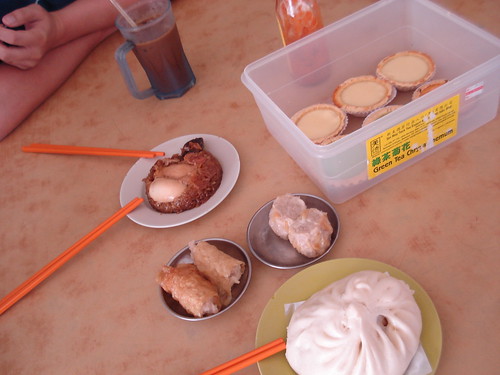 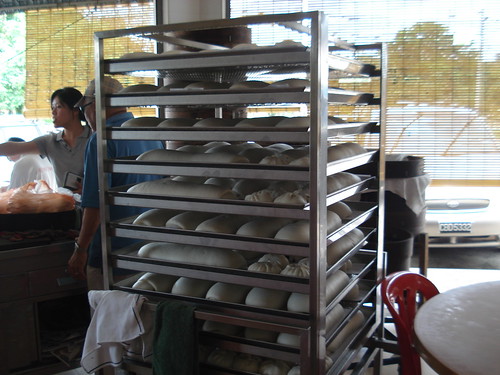 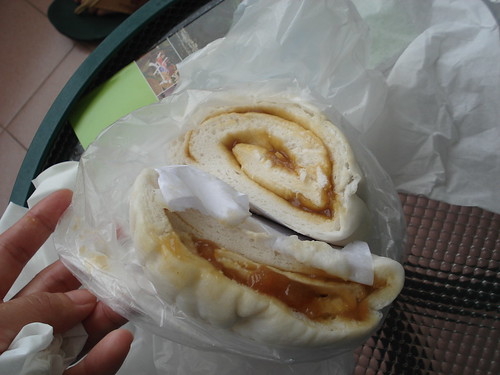 Anyways it was worth the detour out of the highway. They make amazing dim sum (altho not much variety) and some excellent steamed buns (pao).

Exit off the highway at the Sri Jaya interchange. Turn right at the traffic lights and you will see it on your left after a few minutes. Impossible to miss.

So after lunch it was back on the road. Kuantan turned out to be a lot further than i remembered! Duly reached the hotel (after getting a little lost). Refurbished hotel looks very impressive. 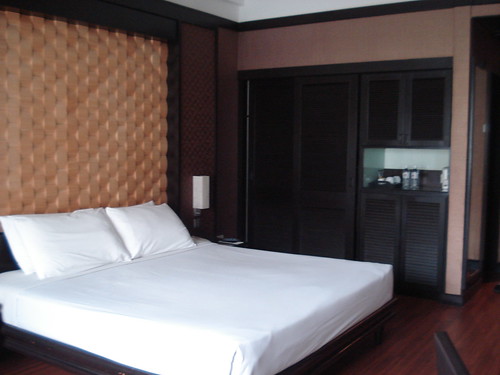 First order of business, my kids hit the pool and I hit the gym. Then we all hit the super-salty sea. Not sure if it was because of the rain in the past few days, but the sand in the area is getting darker, thus making the water look darker. I bet all those foreigners must be a little disappointed when they were promised ‘pristine blue waters’ in the brochures and Malaysian tourism websites. 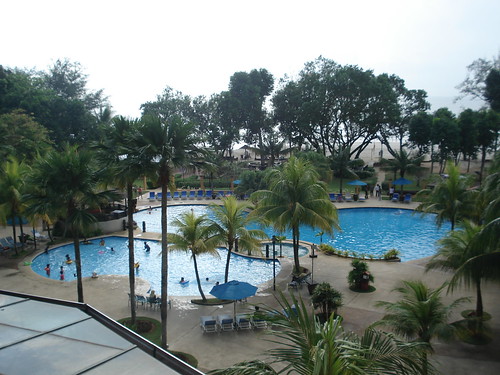 Then came meal No.2. Drove down town to seek out this much-talked about Hainanese restaurant. Found it quite easily, a pretty laidback old restaurant with a friendly boss. Food was excellent, but not as cheap as you’d expect for Kuantan. Didn’t try their famous mee suah , but their famous fish dish is a must try. 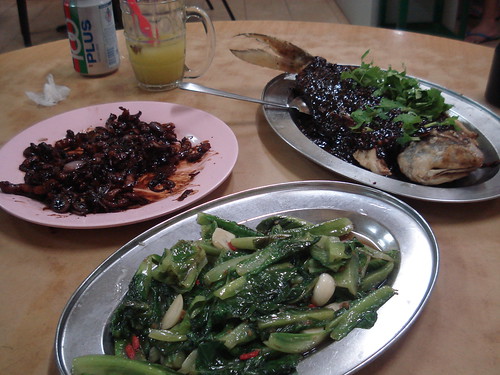 Woke up next morning. Buffet breakfast in Swiss Garden is ok, but the Garden terrace is pretty small so you might have to wait for a table.

We decide to go to Sg. Lembing (don’t ask me why, wikitravel.org says I should go). On the way, we stopped by this place called Gua Charas in Panching. No, really, the town is called Panching. Slip of the main road in this sleepy hollow, drive a few km in cow dung strewn estate road (“look girl-girl, that’s kelapa sawit!”) and you’ll come to Gua Charas. 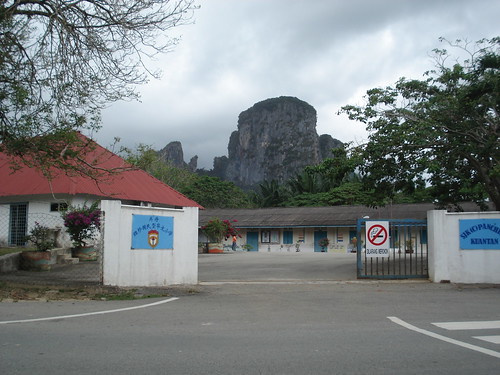 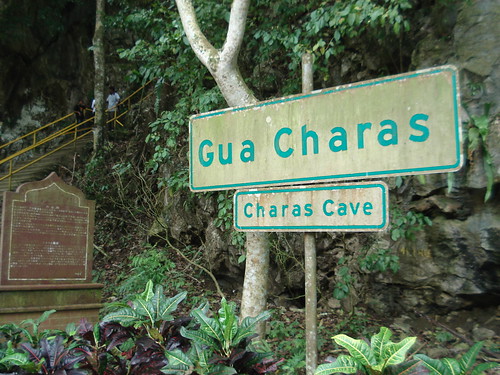 Gua Charas is a large limestone cave with a Hindu and Buddhist temple inside. The cave inside is beautiful, not unlike Gua Tempurong in Ipoh, unfortunately there’s rubbish and debris all over. If you’re into climbing, you can also ascend higher on the hill for a good view. 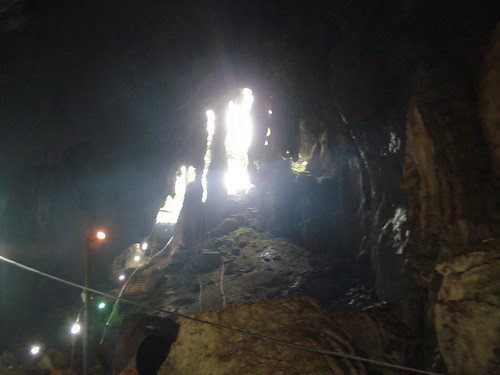 (view out to the cave entrance from inside)

After that its back on the road to Sg Lembing. 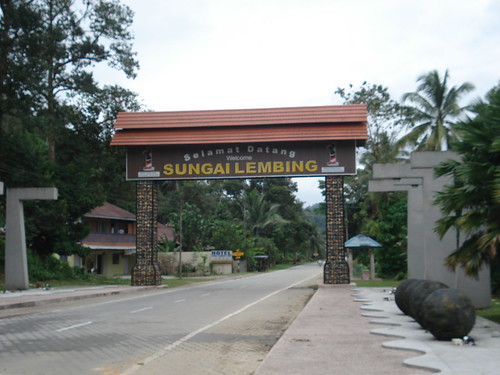 I’ve gotta say, Sg. Lembing is a very oddly laid out town, don’t think there’s one like it anywhere else. Once you get there you’ll see why. There’s this place selling roasted pork that’s pretty famous (or so my mom says) but so happened they close on Fridays (the day we were there). There and then I learnt something else about Sg. Lembing – there is NOTHING ELSE TO EAT HERE! We ended up in a food court (which had TWO stalls opened). We chose the tai chow place, and i ended up with food poisoning for the rest of the afternoon.

After lunch we visited the Museum. Pretty good place, well maintained and informative. Couldn’t really enjoy the place coz the food was starting to get at my stomach already. 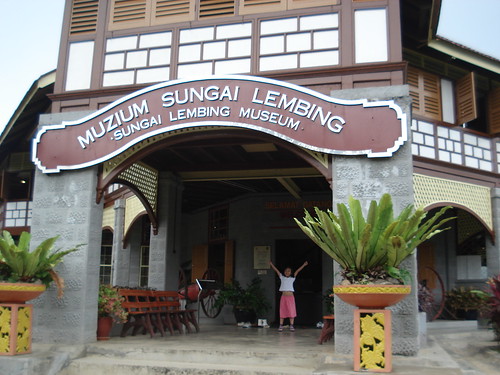 Then a long drive back to Kuantan.

Went out for supper coz we had dinner in our rooms. Got a little lost coz the $&@!* directions in wikitravel.org was WRONG. But the good satay made up for it. 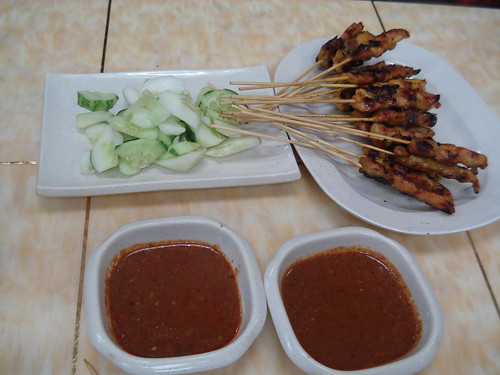 So Saturday came, day 3. Took in a late morning, drove down to Teluk Chempedak. Not a fan of tourists jamming this place on weekends, but I can’t come to Kuantan and not come here, right? 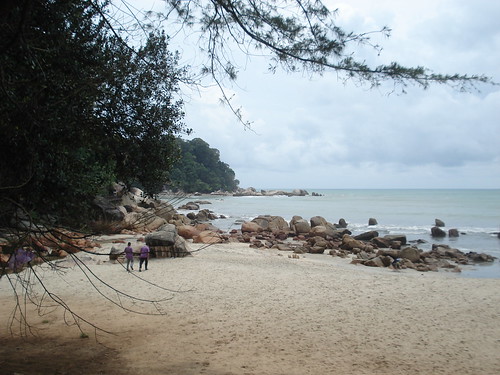 Caught the Revive campaign. Threw some mudballs into the sea. Not sure HOW they help the environment… 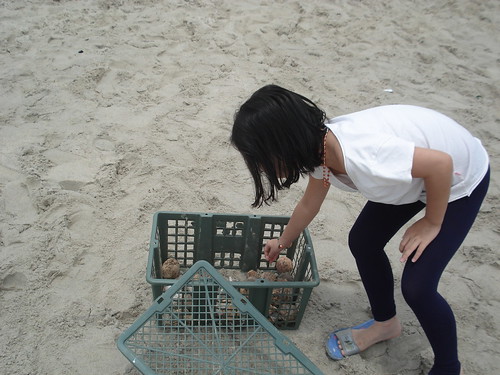 Finished up pretty late for lunch, so all the local eateries were closed. Ended up in Little Croc cafe.

Meal #5 – Little Croc
(next to Caltex on Jalan Telok Sisek)
English breakfast and lunch stuff. Wah, not cheap leh, cost me RM50+ for 4 people. What to do, late already.
After that, back to hotel for nap, gym, pool and then beach. Meal #6 was at the Alor Akar foodcourt (since overspent for lunch). End of day 3.

Day 4 (Sunday) we managed to slip in some gym / pool time in the morning before checking out. Some quick googling helped us decide that lunch was chicken rice.

Well, its old and definitely authentic, but I’m not a fan of their chicken. The rice is pretty good though. But their service is FANTASTIC. Once you sit down, they’ll swarm you for your order.

So then it was back onto the Karak hiway and back to home. And thus ends another short cuti-cuti Malaysia. Where ELSE can we go next….?