If you’re wondering where I’ve disappeared to for the past few days, I was on holiday over the weekend to the ancient Siamese kingdom of Lanna, or Chiang Mai as you would call it today.

Don’t worry, I won’t be posting like 20 vacation photos here, just a few interesting points about the oldest city in Thailand.

First thing I noticed when i stepped off the plane (AirAsia, no less) – no haze. I know, I know, everyone here is sick to death of talking about the haze, but it only takes a few seconds there without haze to realize how unhealthy and smoky it is in Malaysia.

Another thing about Chiang Mai – it’s like the capital city of Toyota. Actually it applies to all Thailand, not just one city. Everywhere you look, there are plenty of Altis, Vios, Soluna, Fortuner, and funny pick-up truck models. There are plenty of Hondas and Mitsubishis, but not as many as Toyotas. These Jap cars are assembled here, and you can buy them really cheap, something like RM20k cheaper than in Malaysia. (For the record, I didn’t see any Protons. No Peroduas, either). 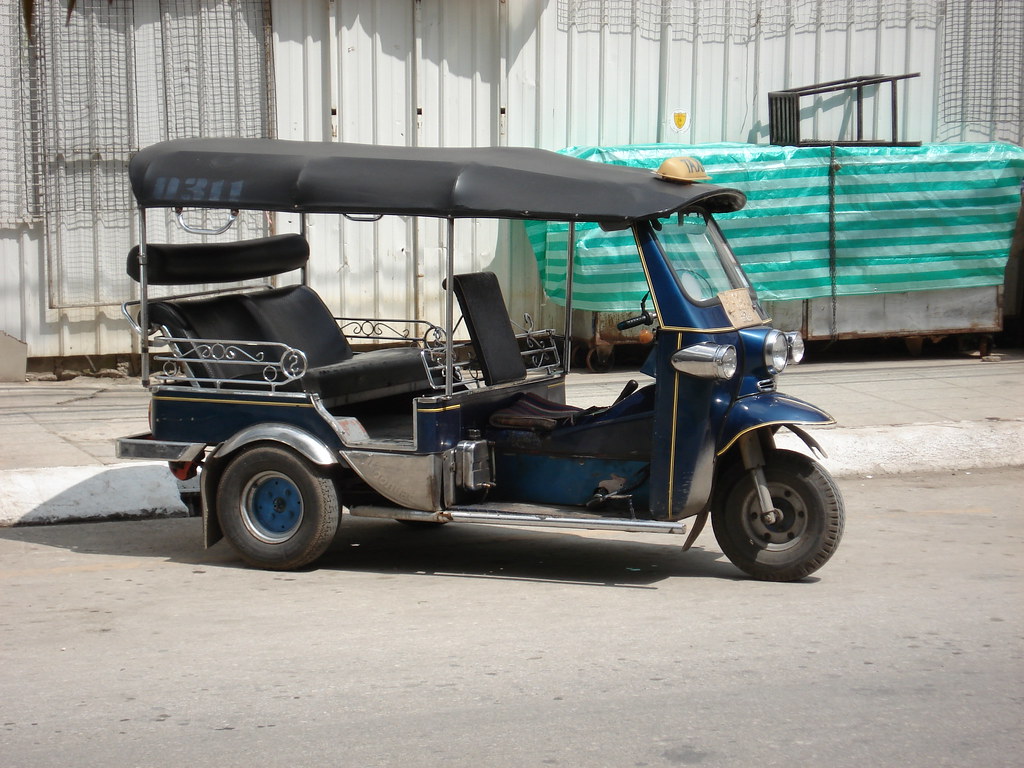 There are also plenty of 7-11 stores everywhere. Some streets have like 4 or 5.

We went to most of the tourist spots in our 4 days there. Firstly, most people would recommend Doi Suthep, a hillside temple with a awesome view of Chiang Mai. Its about 45min from the city, and there are also hilltribe villages nearby. 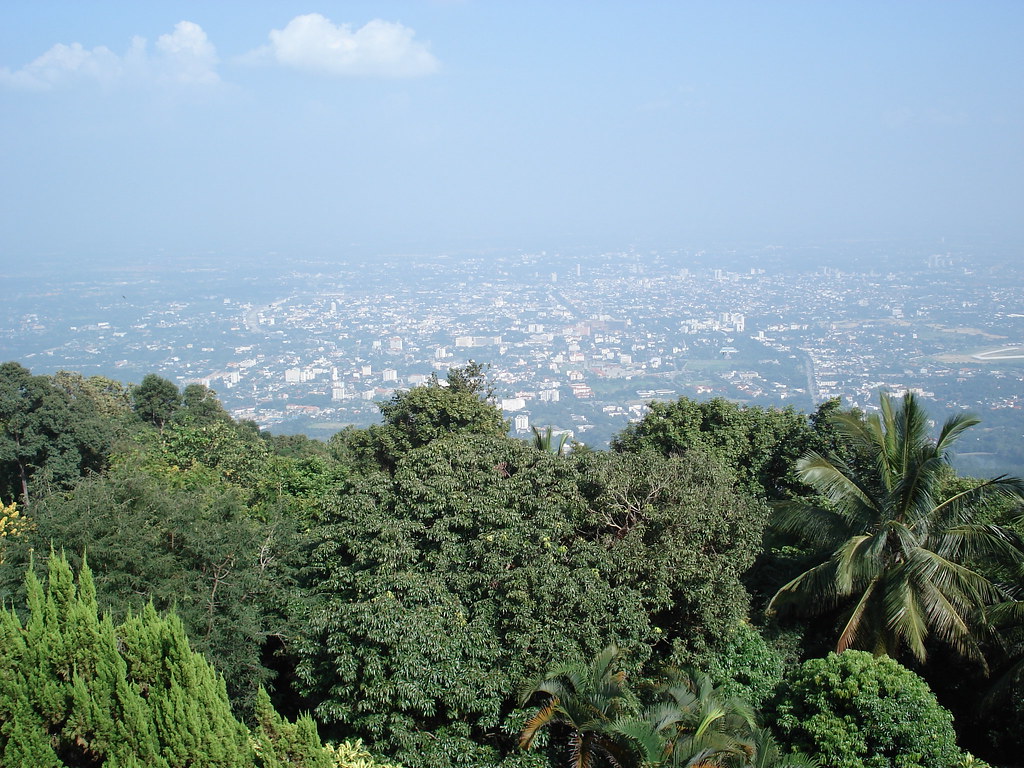 One defining attraction of Chiang Mai is the nightmarket. It starts at about 6pm to midnight – EVERY NIGHT. For Malaysians, it’s a bit like the pasar malam, except they sell mostly dry goods (in fact i’d say it’s a lot like the one in Batu Ferengghi) and they mostly sell the same stuff everywhere in the market – silk, handicrafts, fake leather and tees, decor, more trinkets, etc. Mat Salleh tourists will probably find it fascinating and unbelieveably cheap, though. On Sunday nights there is the Sunday night bazaar inside the old city, which has more variety than the daily night market, plus there are lots of street buskers. 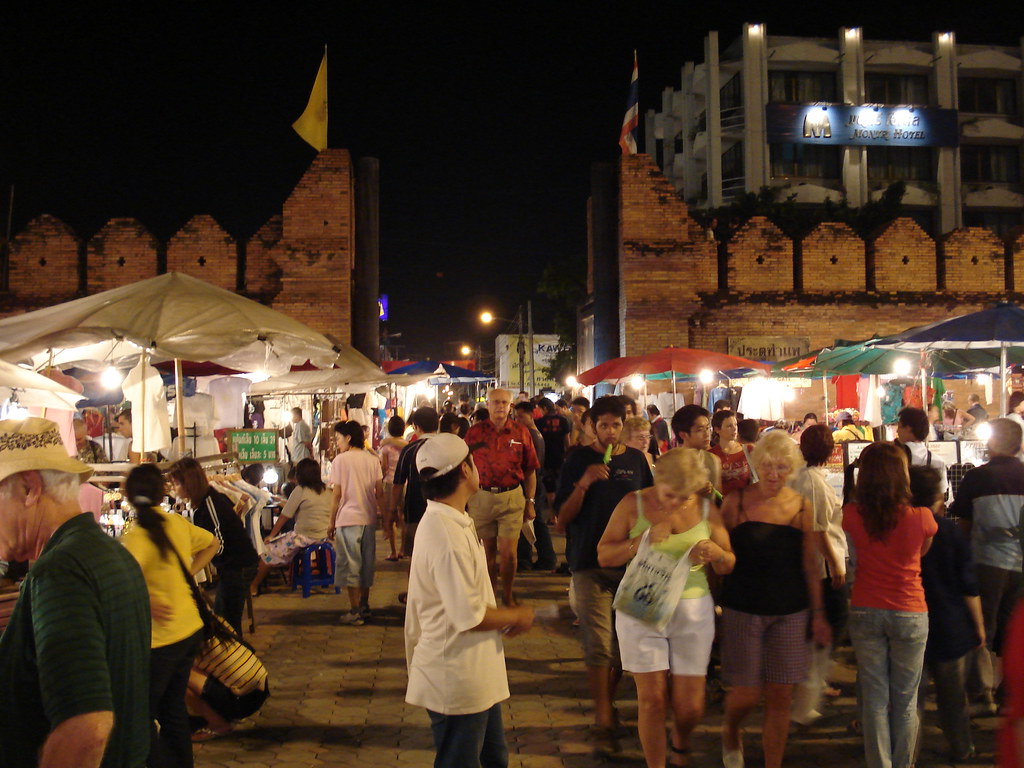 Another big draw is the elephant camps. I’ve read about some that are a rip-off and are exploitative, but the one we went to (Maesa) was very good. The elephant show is highly recommended. If you’re lucky you’ll get to see fresh elephant droppings being produced. 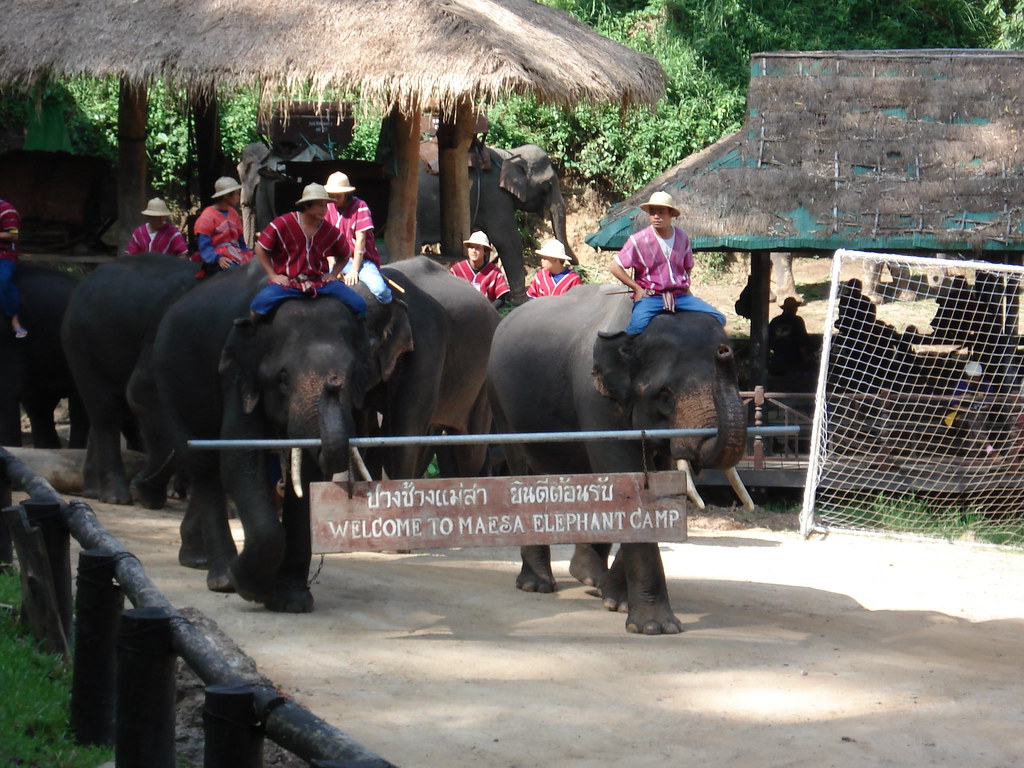 Chiang Mai has also lots of home industries – although the way they’re organized and marketed they are hardly ‘home’ anymore. You’ve got factories for jewelry, umbrellas, silver, silk, bird’s nest, leather (the stingray skin is really something), etc. Can you say water fish?

There are lots of orchid farms, and the flowers there are REALLY beautiful – not like the ones in Cameron. They even make jewelry out of orchids and butterflies. 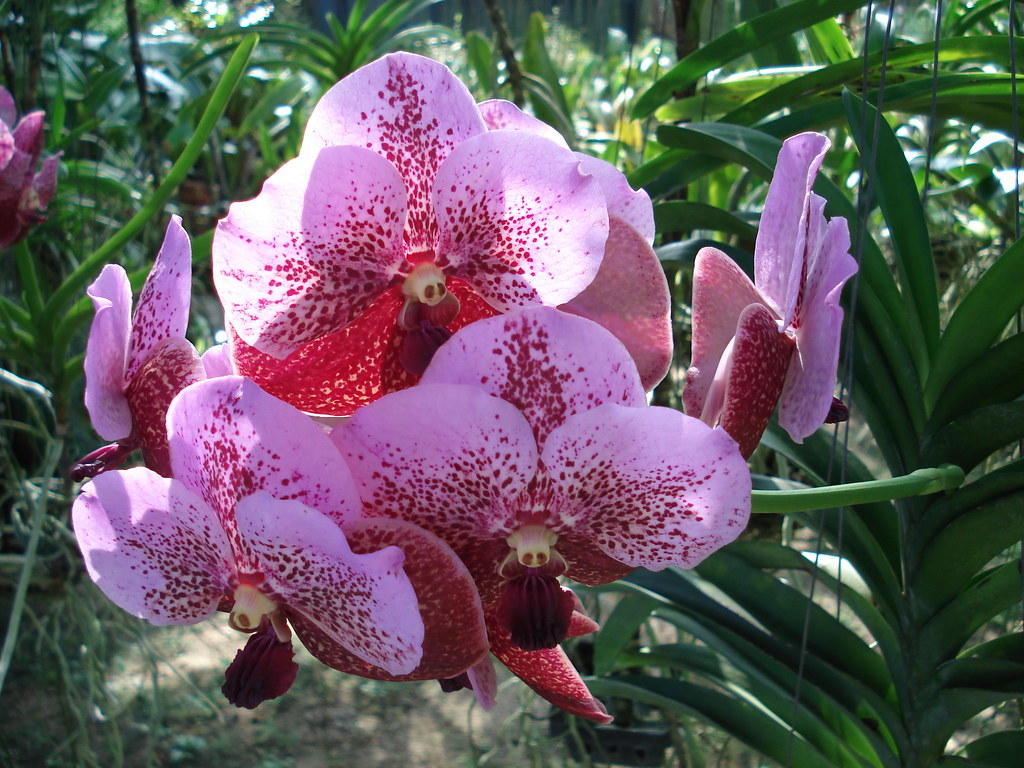 For a day trip you can go to Chiang Rai and see how they grow poppy for making opium. And who says these holiday trips aren’t educational?! (As a note, we didn’t make the trip there.)

Also, we visited the night safari, which was excellent. Highly recommended. Take note of the jibes against the Singaporeans by the safari tour leader… hilarious. 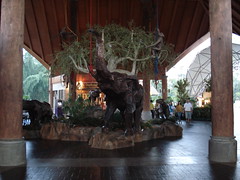 I’d say i really enjoyed my trip there. Thailand is a beautiful and large country, and there are hundreds of places and things to see. The people are courteous and friendly, and they’re got the whole tourism thing down pat without being too commercialized – something Malaysia can do to emulate.

Okay. When’s my next holiday?