June 23rd is Project Petaling Streetâ€™s (PPS) birthday, and this year itâ€™s the third. Most bloggers will remember the big birthday bash last year at Charlieâ€™s Place in KL, I remember there were plenty of postings about it, and not to mention the many pictures popping up everywhereâ€¦ including The Starâ€™s In-Tech.

PPS has changed a lot in the last one year, least of all the look of it. When I first joined PPS some time in March last year, it still had the â€˜classicâ€™ black and white look. I know itâ€™s really the right usage of the word classic, but it my first impression of it back thenâ€¦ then on National Day 31st August 2005, there was a major revamp to a white and blue interface, premiering a few other features like the PPS blog directory and RSS feed.

The next major rework of the page is the current one we see (not counting the few beta versions), and itâ€™s still in use today. I understand Aizuddin is working on another re-design, I wonder how it will look like?

Other than the face of the page, I think the content PPS on the whole has changed dramatically, but I really donâ€™t want to go into all of itâ€¦ But in short, too many sploggers and CnPâ€™ers flooding the page everyday, itâ€™s getting harder and harder to find good posts to read. But anyway, i just avoid the detritus, after awhile you can tell by their post and blog titles. I still come to PPS almost everyday, although most days I donâ€™t click on any of the links.

Coming back to the PPS Bash last year. I didnâ€™t bring my camera there, all I had was my crappy camera phone. I took only 3 shots all blurry and dark. Believe it or not, I only uploaded it to my PC a few days ago, they have been sitting in my phone for the past one yearâ€¦

This is the first one, itâ€™s Jeff Ooi giving his acceptance speech for â€˜Ping of The Yearâ€™. Mack Zulkifli is standing next to him wearing white, but he is totally obscured from sight by Kenny Sia (I think). Damn cheap camera phoneâ€¦ 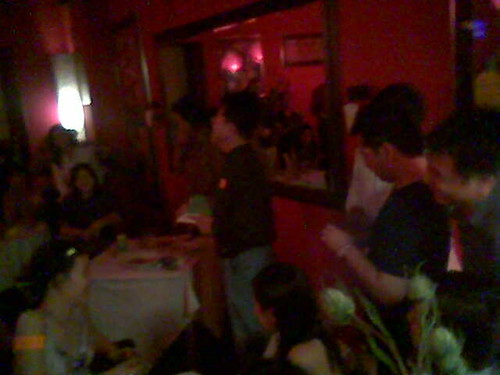 This next one is of the crowd listening to Jeff. If someone sees themselves here please let me know. Damn cheap camera phoneâ€¦ 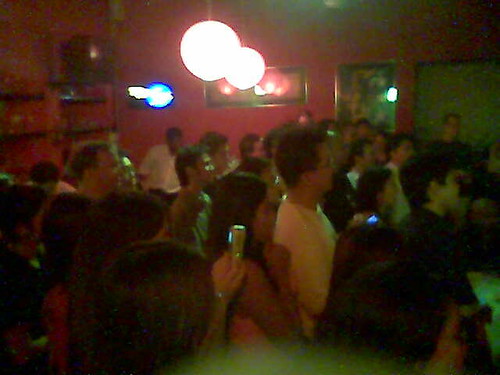 This is the crowd in the entrance foyer. I think I need to buy a better phone. 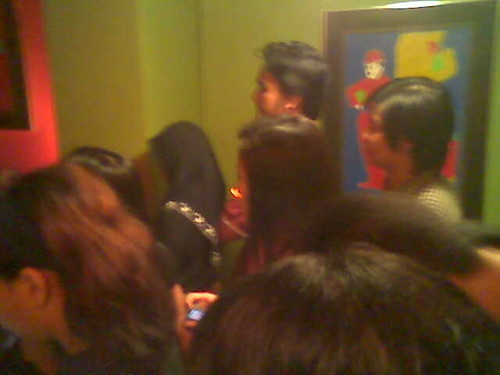 OK fine, i didn’t say they were GREAT photos, but it’s one of those things you had to be there…

I promised a fansign and a picture of myself. Okay, letâ€™s kill two birds with one stone.

At the risk of sounding passÃ© in this day and age of the Malaysian blogosphere, Happy 3rd Birthday, PPS! 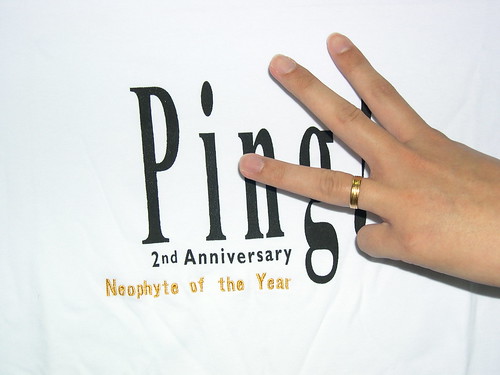