So… 10 years ago after getting hitched, i went to Langkawi for honeymoon. This was the days before AirAsia, and since we were flat broke Langkawi was probably the only option for us (Port Dickson wasn’t even considered)

So fast forward EXACTLY 10 years ahead… I’m back there with the wife. And two kids in tow. 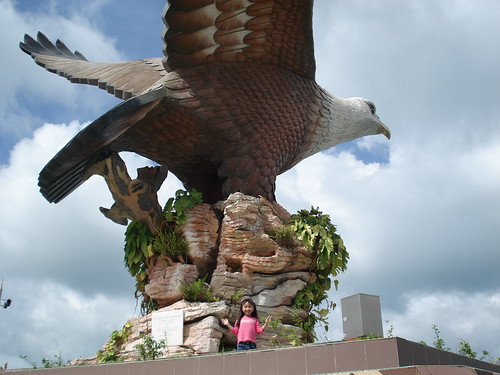 (yep, the customary shot at the massive eagle. Makes you wonder about the size of the bird’s droppings…)

Before going I wasn’t really keen on going back to the island, thinking there isn’t really much to do in the island. But it turned out much much better than expected. Langkawi has changed a lot in the last 10 years, much of it for the better. The island is still (relatively) clean and sparse, the dining options are great, and the stretch of Pantai Cenang is turning out into something like Kuta and Patong, but in a good way. There are loads of shoe string backpackers’ motels along Pantai Cenang and Pantai Tengah, but finding a mid range hotel/chalet in the area was a little more difficult.

So we settled for this place, Sunset Beach Resort. 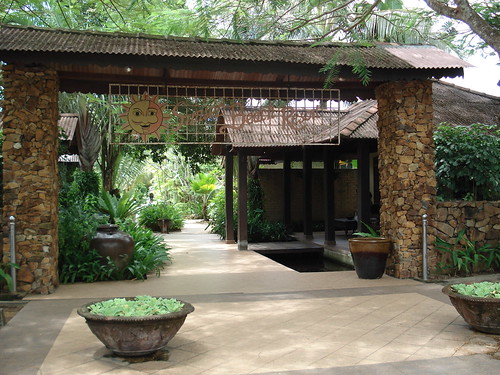 (Resort is much smaller than it looks. No, really.)

Its about 20 numbers of chalets surrounded by greenery and shrubs and chickens (no, really! Live chickens! I’m surprised none of the hotel guests have caught them and barbequed them considering the price of food here). 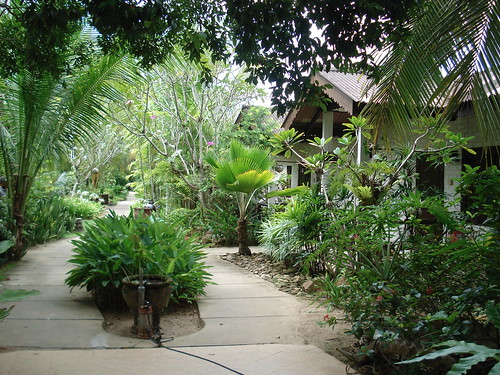 The beach is small but spectacular. Its secluded from the main public beach of Pantai Cenang by rocks, so only about 4 resorts share this private area. 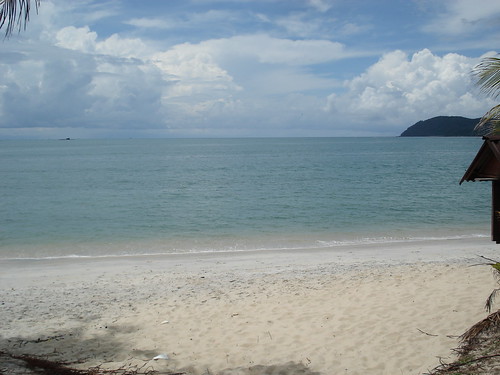 (Crazy gweilous/mat sallehs sunbathing and swimming at 1pm in the afternoon not seen in photo.) 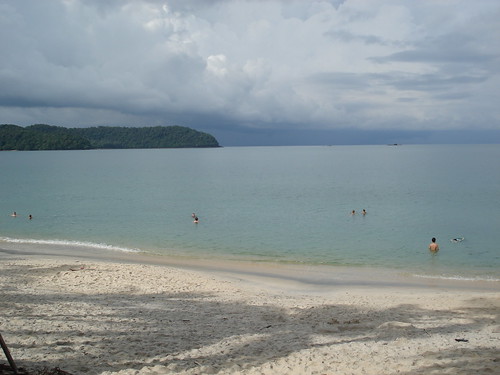 (OK, yes. Now you can see them.)
The four days we spent there were packed with activities. The first thing we did was drive around Kuah town and then Langkawi island. That took like all 40 minutes. Much of the island is still jungle and paddy fields spotted with little kampungs. And lots of water buffaloes. And cows. 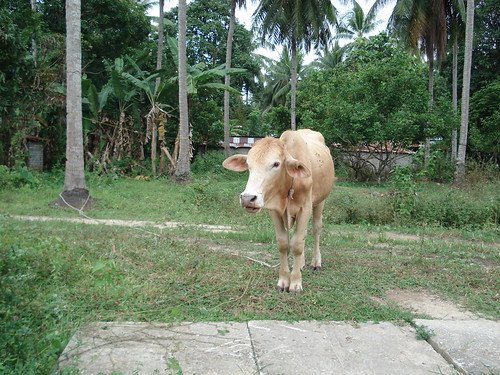 (Daisy pondering the deeper questions of existentialism… while ignoring the annoying tourists with their cameras.)

My daughter asked me, “Daddy, why do you keep saying ‘Holy Cow!’ each time we pass a cow?!”

The second day we took an island hopping trip with a bunch of fellow tourists. It was pretty awesome (the trip, not the fellow tourists), simply the best RM35 i spent while on holiday.

First stop was the Geopark in Pulau Dayang Bunting. 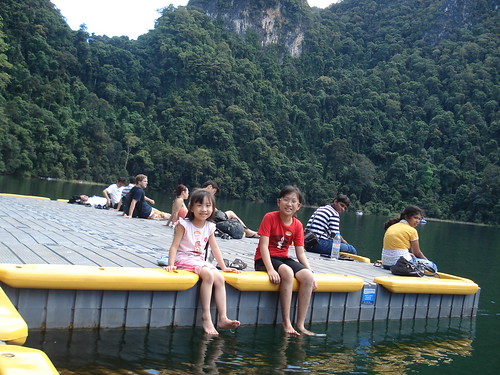 (My kids dipping their feet in the freshwater lake. No, their feet weren’t clean to start with, yeah yeah i know.)

Then the eagle feeding. The boatmen throw pieces of chicken into the water and the birds come down like lightning. 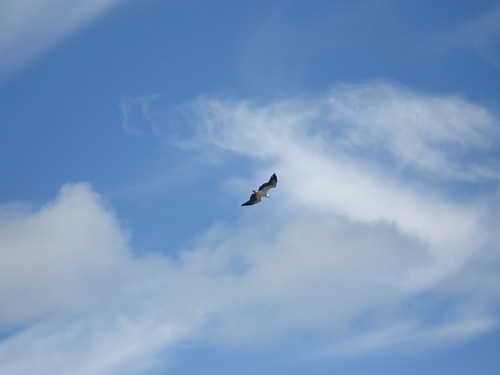 (Does this pic remind you of the old Marlboro ad?)

At first i thought there gonna be like a few of them, but there were dozens! Watching them circle and swoop down like a conveyor belt was one of the most spectacular sights in nature. 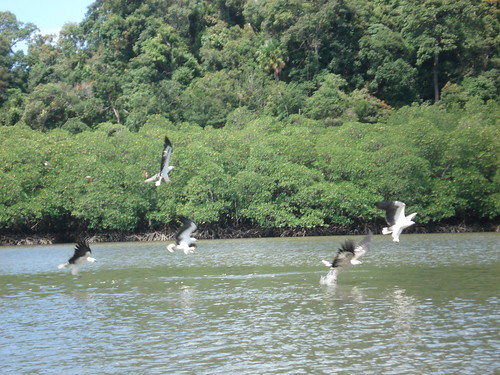 Then it was on to Pulau Beras Basah, with its pristine sandy beach and crystal clear water. I kid you not. I didn’t think a place like this existed in West Malaysia. 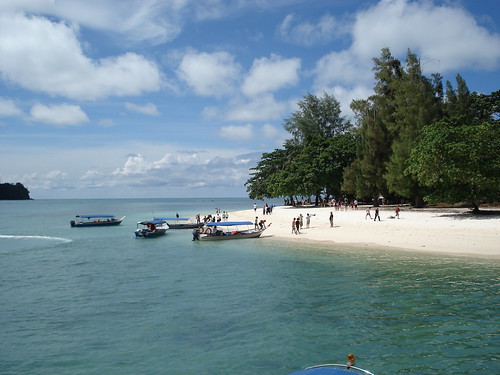 (Paradise on earth. Except for the scorching 11am heat.) 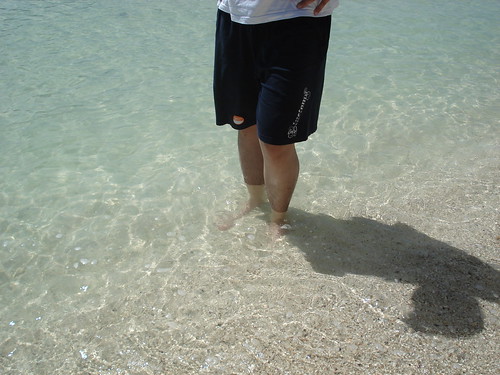 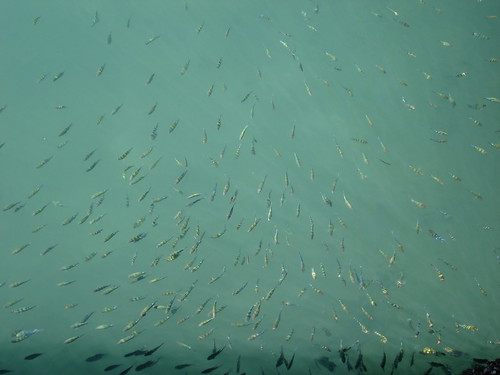 (Colourful fish greet you when you get off the jetty. Doesn’t this pic remind you of that scene in Finding Nemo?)

I sat down to eat a cheese bun i brought in my bag and suddenly out of nowhere, a little friend appeared beside me. 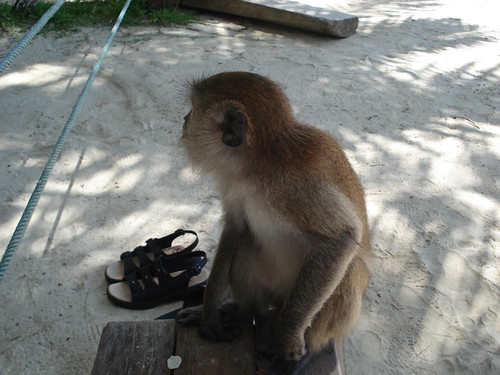 (“Quick. Hand over the food and NO ONE GETS HURT…”)

In the afternoons, we’re usually back in the chalet. This was ours. Yes, that IS my laundry hanging out to dry. They actually provide hangers for you to dry your clothes outside. 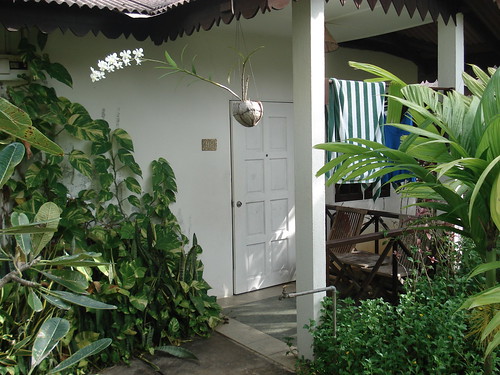 (In a few years time, the plants will overgrow the entire chalet…)

And inside the room. Quite simple. 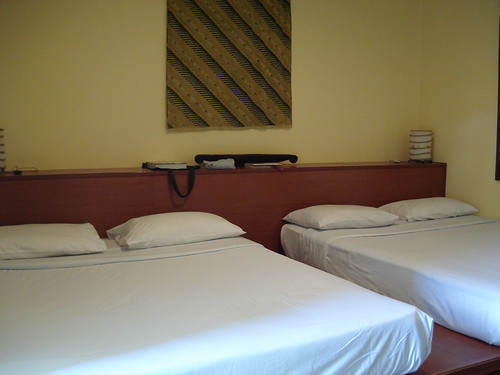 (Pic taken 4 seconds before my kids ransacked the sheets.)

And every evening, it was at the beach. True to its name, the sunset view is spectacular here. 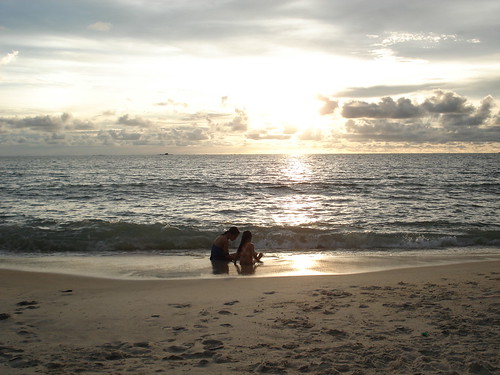 On the third day we went up the Cable Car. View from the top is excellent, if it isn’t too cloudy. 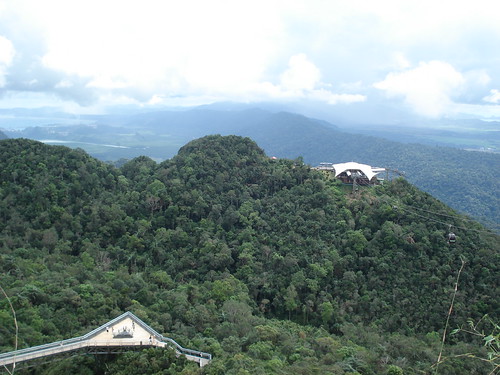 On the 3rd day we went hunting for an Irish Bar that we went 10 years ago. We found it in Pantai Tengah alright, but unfortunately it looked like it recently closed. What a shame, would have loved to try their Irish coffee again… 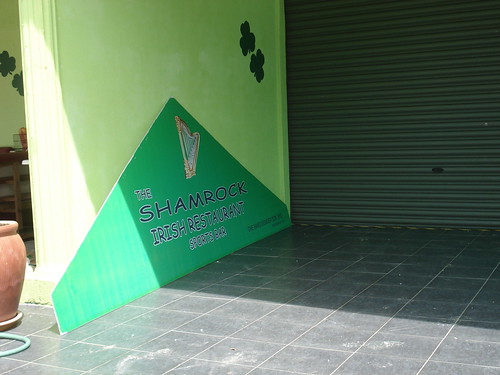 Of course being duty free, Langkawi’s the place to buy booze and chocolate. 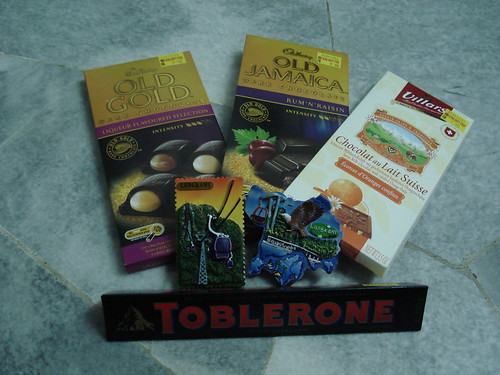 (We finished the cheap beer before the photo was taken)

And so, yeah, it was a memorable trip to the island, great to see so much has changed in a decade. Not sure if we’re coming back in 10 years time though, it’ll be very expensive then… 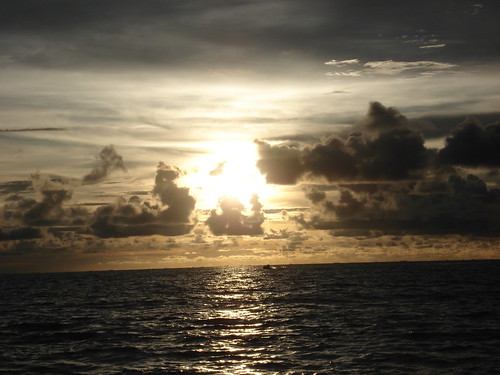