Amidst the long Chinese New Year holidays, I managed to send at least half a day to visit the sights and lights of Ipoh, the city of beautiful architecture (by Malaysian standards la…) and glorious food.

I have been to the city countless times since i was a kid, and my perception of Ipoh has always been shaped by Lat’s book “Town Boy“.

For those unfamiliar with the milestone comic book story by Datuk Lat, it’s a story of how Lat comes to [tag]Ipoh[/tag] in the early 60’s as a schoolboy, meets a Chinese kid named Frankie, and how they grew up together until they finished school. Along the way, he tells the story of two distinct worlds meeting, the rural Malay kampung (village) boy and the urban Chinatown life. And some beautiful depictions of Ipoh’s landmarks.

I love [tag]Lat[/tag]’s work. I have every single one of his books, and even have two autographed by him. Lately i heard he’s living in his beloved kampung somewhere near Taiping, after they built a condo right in front of his Subang Jaya house. But that’s another story for another day.

So on with the Ipoh pics.

The first one below is this pic of St. Michael’s. We just happened to pass by and i thought it would make an excellent shot. There’s a small surau in front of the school, and across the road, a large padang (field) located in Old Town Ipoh. Make sure you stop by there for their famous white coffee. 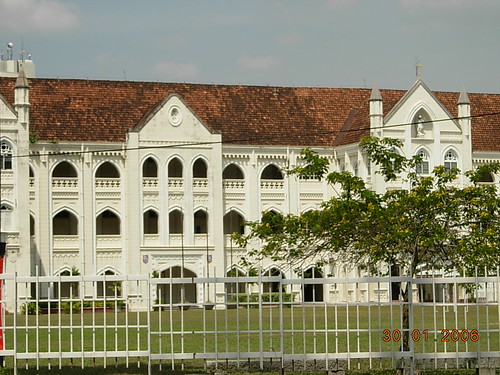 Then we moved on to Lat’s secondary school, Anderson School. The architecture here is not as intricate as St. Michael’s, but they’ve got that beautiful manicured field and the pinang tres… Somehow, I can just picture Lat and the entire marching band going past the field. He played the flute, I think… 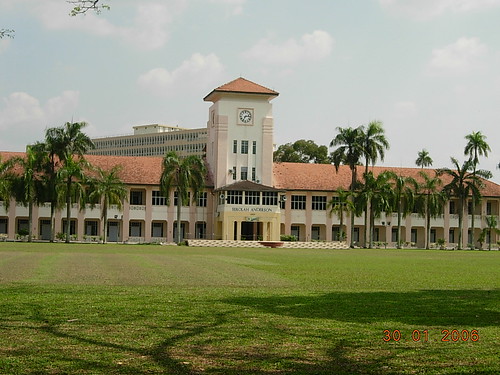 Here’s a close up of the clock tower. I see they’re just painted a nice coat, although i don’t think pink was the original colour. 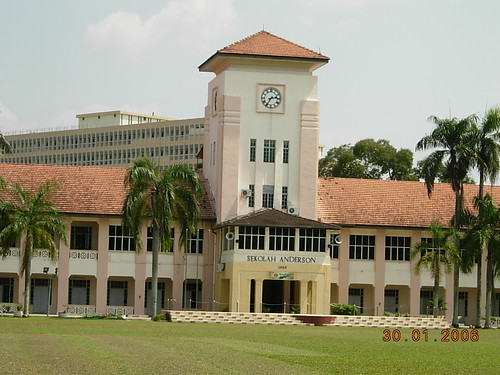 Below is another shot of Anderson. Can’t really get a better close up since the fence was high and closely wrought. 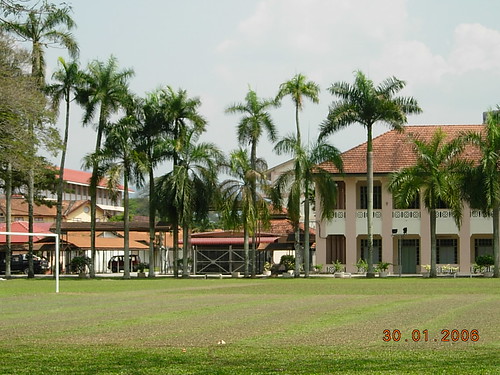 This next set of photos is taken at Coronation Park, now known as Taman D.R. Seenivasagam. In his school days, Lat had to jog 4 miles every week across town, and cross this river in the park – going through the water. Once he and his friend Frankie cheated and used the bridge, and, well, read the book if you want to kow what happened… 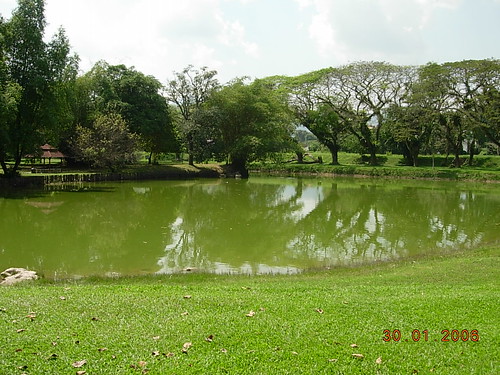 D.R. Seenivasagam was a prominent lawyer in Perak back in the 50’s. Together with his brother SP Seenivasagam, they formed Perak Progressive Party and did quite well in the local elections, i think. Both the brothers have passed on, and the party memory is vaguely in the current PPP. 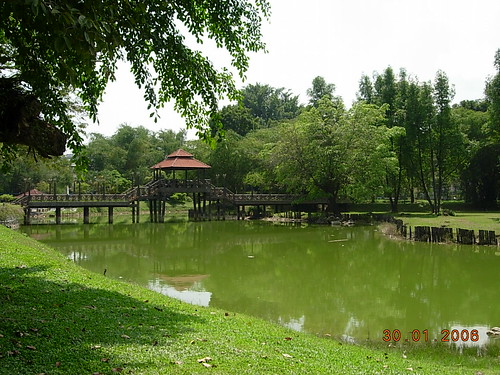 Tomorrow: More pics. And some of Lat’s kampung in Ipoh…

Postscript – You can read the second part here.